The 75-minute feature, aired on Korean Central TV on Wednesday, said the two countries can write a new history and future if they engage in the negotiations with a "fair proposal, appropriate attitude and will to solve the problem."

The film also said Trump "reaffirmed his willingness to meet with Chairman Kim Jong-un more often in order to bring about fruits in improving the North Korea-U.S. relations."

Yet, it made no mention of denuclearization, unlike an earlier report from the Korean Central News Agency on the summit which said the two sides "agreed to keep in close touch with each other for the denuclearization" of the peninsula.

"During the (expanded) meeting, it was stressed that the efforts and measures made by the two sides to reduce tensions and build peace on the Korean peninsula had a great meaning in fundamentally shifting the decades-long relationship of mistrust and hostility (between the two countries)," the film said.

In a wide shot of the meeting, U.S. working level negotiators, including the special representative for North Korea policy, Stephen Biegun, were seen sitting behind Trump. But their North Korean counterparts, such as Kim Hyok-chol, were not seen in the room. 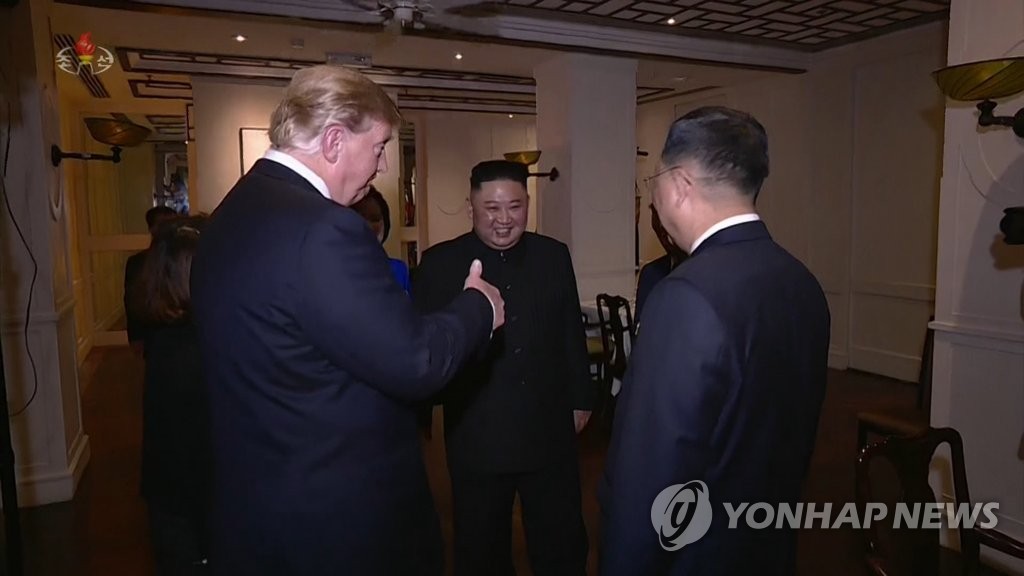 The film presented Kim's 11-day trip in chronological order, from his departure from the Pyongyang train station to the summit with Trump, an official visit to Vietnam and his return home.

It also included footage of the moment the two leaders wrapped up their meeting, when Trump patted Kim on the arm while the North Korean leader smiled. Trump then extended his hand to North Korean Foreign Minister Ri Yong-ho and Kim's top aide, Kim Yong-chol, who were standing behind their leader.

Trump said after the summit that his relationship with Kim was still "strong" and the atmosphere was "very good, very friendly" when he walked away from the talks.

The two leaders' second meeting in Hanoi from Feb. 27-28 ended without an agreement as they failed to narrow differences over the scope of Pyongyang's denuclearization steps and Washington's sanctions relief.

The release of the documentary, despite the breakdown of the summit, can be seen as reflecting the North's willingness to keep the dialogue mood going. It can also be seen as the regime's efforts to avoid a blemish on Kim's leadership by asserting that the summit was not a failure.

The film also covered Kim's official visit to Vietnam, highlighting the decades-long relationship between the two countries by including clips of Kim's late grandfather and founder, Kim Il-sung, meeting Ho Chi Minh in 1958 and 1964.

Kim Jong-un was the first North Korean leader in 55 years to make a visit to Vietnam after his grandfather. 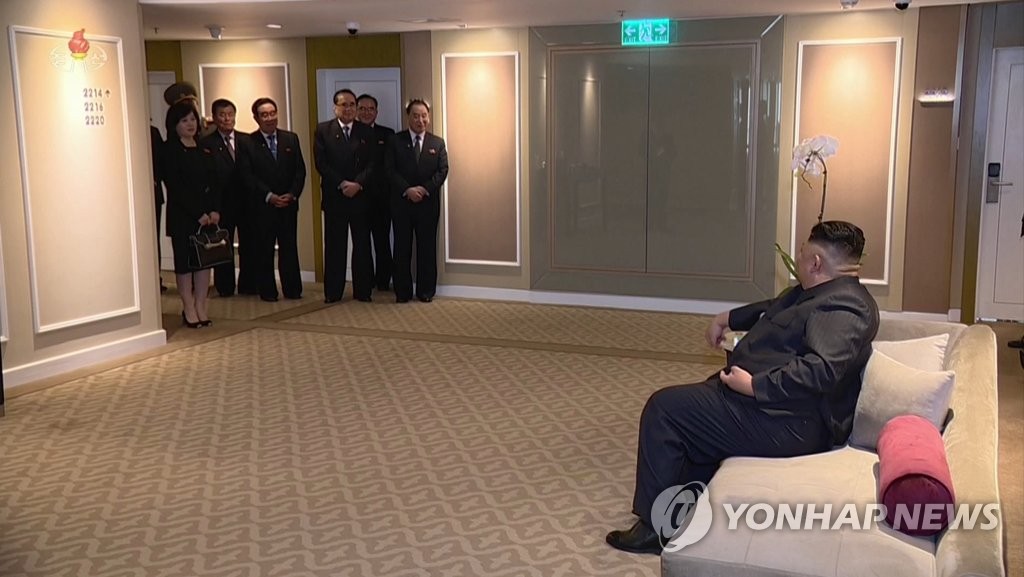