INCHEON, March 8 (Yonhap) -- NC Dinos outfielder Na Sung-bum, who could be the next South Korean in Major League Baseball (MLB), has grown accustomed to playing before big league scouts. So playing in spring training games in Tucson, Arizona, with several sets of watchful eyes in the stands was business as usual.

When the Dinos faced the "B" squad from the Arizona Diamondbacks on Feb. 27, Na made a strong impression with a two-run home run off left-hander Anthony Vasquez. The Dinos said the game attracted scouts from the Diamondbacks, Cincinnati Reds, San Diego Padres, Los Angeles Dodgers, Oakland Athletics, Chicago Cubs and St. Louis Cardinals, plus the Yomiuri Giants from Japan. 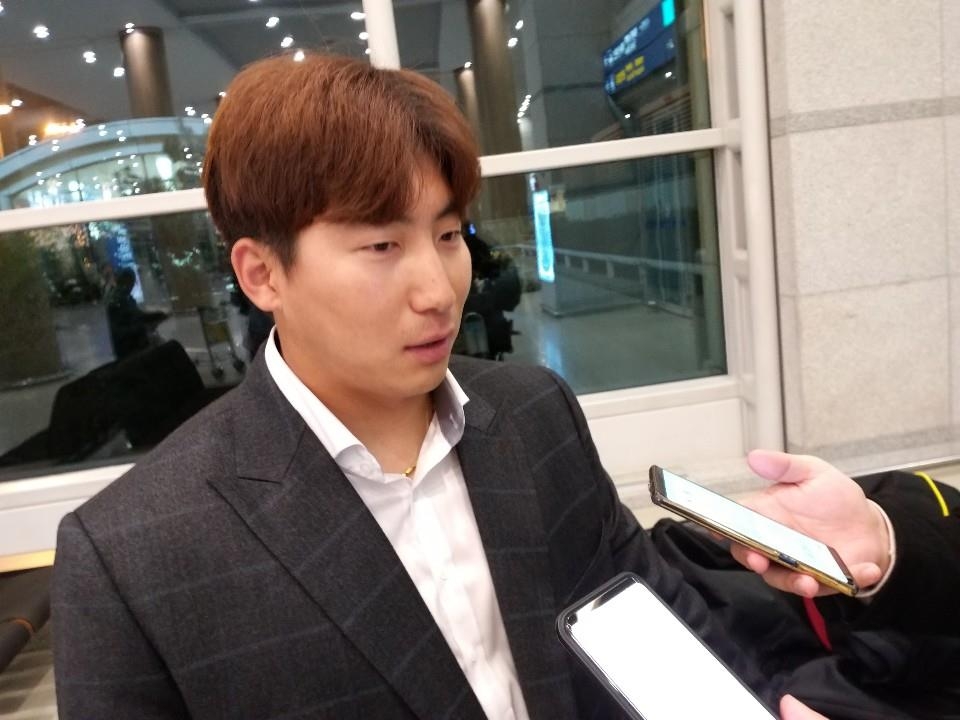 "To be honest, I am just trying to play my game and not think about (the scouts' presence)," Na told Yonhap News Agency after arriving at Incheon International Airport from Arizona. "Maybe they saw good things in me, and maybe they didn't. But I think I showed them everything I could there."

Na, 29, is entering his seventh season in the Korea Baseball Organization (KBO) and will be eligible for posting after the end of the season. If Na is posted, he can negotiate with any big league club interested in the 29-year-old.

MLB scouts are no strangers to Na, who offers a combination of power and speed. He is a career .315 hitter and has hit at least 20 home runs in each of the past five seasons while reaching double figures in stolen bases in five of his six years. 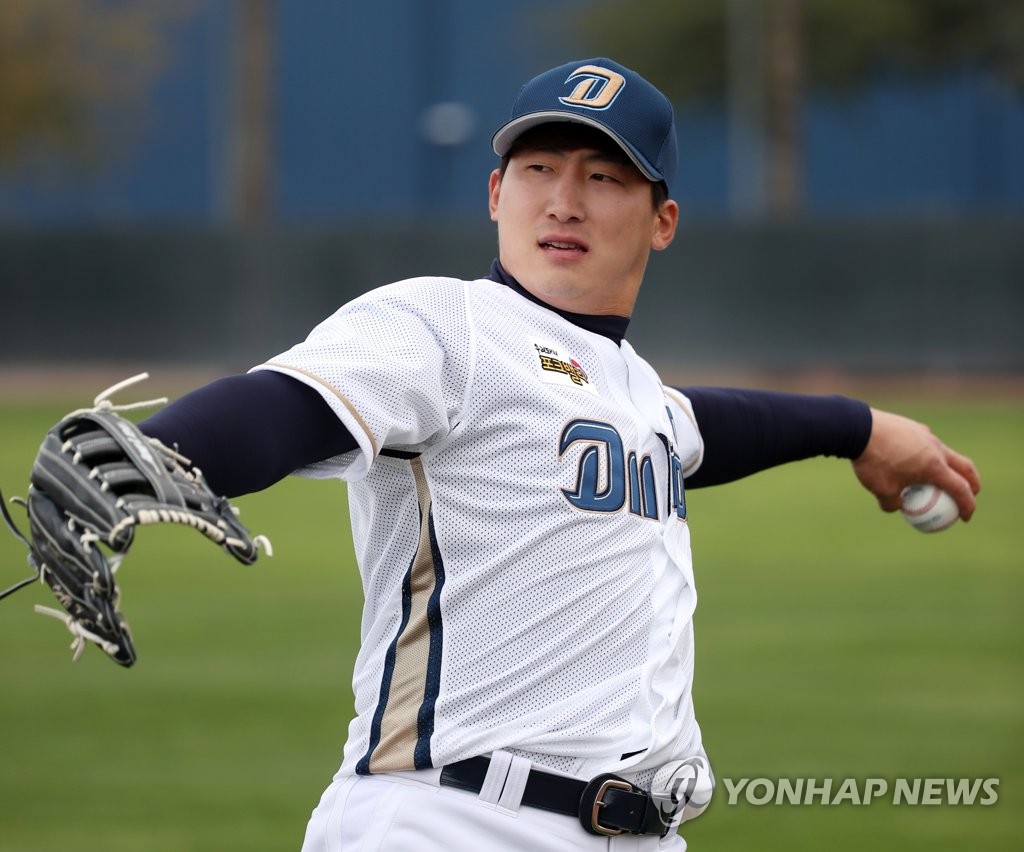 To prepare for a possible move to the bigs, Na has hired uber-agent Scott Boras, whose company, Boras Corp., arranged a three-week training camp for Na in the U.S. before the Dinos' training began.

Though he's been one of the most consistent offensive threats in the KBO, Na said he still has plenty of room for improvement.

"Every spring, I have the same mindset. I always try to forget about the previous season and start with a clean slate," he said. "Whether it's hitting, fielding or base running, I wanted to keep thinking about things I had to work on."

Na has been named the new captain of a team that'll look to stay out of the league cellar in 2019. After reaching the postseason for four straight years, the Dinos ranked dead last among 10 clubs in 2018.

But even with the captaincy and his status as the middle-of-the-order bat, Na said there's hardly any pressure on him.

"If anything, I am really excited about the new season," he said. "We have a lot of new faces here, and we're coming together as a team. I think it's going to be a fun season."

Na said he also made adjustments off the field during spring training, seeking to become the shoulder for his teammates.

"I tried to talk to players that I hadn't spent much time with before," he said. "I wanted to be someone that younger players could feel comfortable with and easily approach. To be a good ball club, we also need to have a family-like atmosphere."

Asked to pick out any rookie or young players who stood out at the camp, Na said, "I just hope everyone will have a good season, not just one or two guys. We can be a strong team that way. I know everyone, from veterans to rookies, put in a lot of work this spring, and we should be in for a good season." 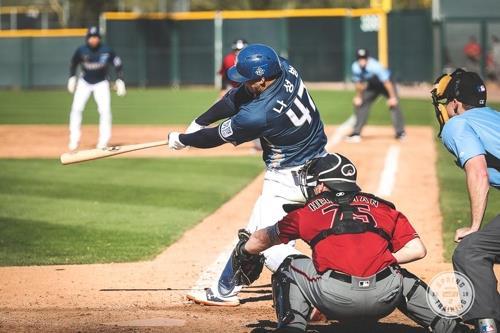