SEOUL, March 8 (Yonhap) -- North Korean leader Kim Jong-un could fire off a satellite-carrying long-range rocket from the country's recently repaired Dongchang-ri launch site in an attempt to show his people that he remains "uncowed by sanctions," a U.S. expert said.

Joel Wit, a top North Korea expert and founder of 38 North, a website monitoring and analyzing the communist nation, said in an analysis piece that a launch could come in mid-April when the North is expected to convene its 14th session of the Supreme People's Assembly.

"He might take a page out of his own historical playbook now that President Trump embarrassed him in Hanoi," Wit said, referring to last week's no-deal summit between Trump and Kim. "Kim could use a launch to demonstrate at the 14th Supreme People's Assembly, probably in mid-April, that he has not been cowed by sanctions." 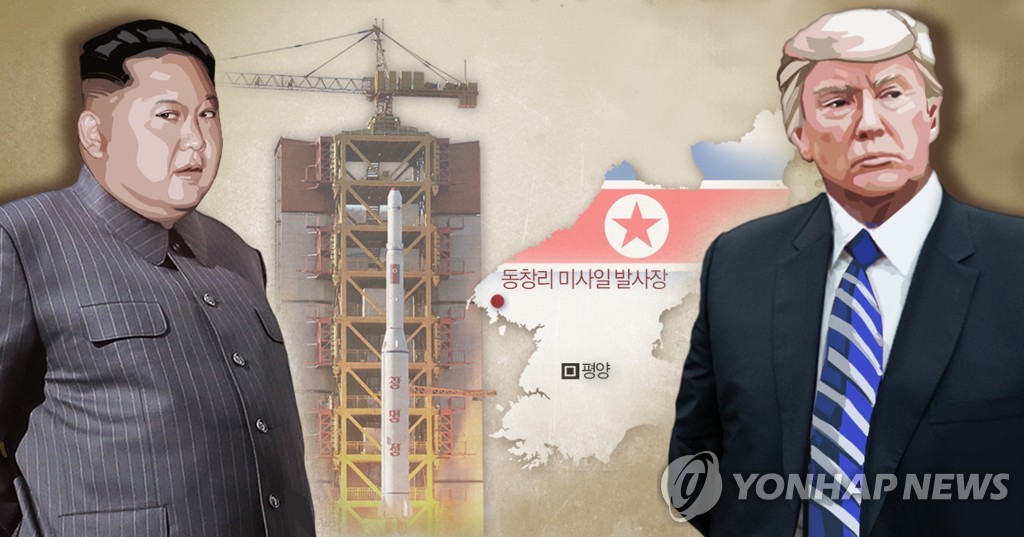 Earlier this week, South Korea's state intelligence agency reported to parliament that the North was showing signs of rebuilding the Dongchang-ri launch site that the regime had partially dismantled to show its denuclearization commitment following the first summit with Trump in Singapore last June.

38 North later reported, citing satellite imagery from Wednesday, that the launch site appears to have returned to "normal operational status," prompting concerns that the North might be readying for a launch after the breakdown of the Hanoi summit.

"There is no evidence to suggest that Pyongyang is planning to launch anything yet based on available commercial satellite imagery," Wit said. "But of course, that possibility cannot be ruled out."

Launching a genuine intercontinental ballistic missile (ICBM) would be too risky because it would invite international condemnation, including from China and Russia. But launching a satellite could provide the regime with some political cover, he said.

Every time the North launched a long-range rocket, the regime has claimed it has the right to "peaceful space exploration" enjoyed by the international community. But missile experts said that space rockets and ICBMs are different only in payloads.

Wit said that after a satellite launch, the North's leader could propose a resumption of negotiations with the U.S., just as he did after a 2012 rocket launch that led to the unraveling of a 2012 agreement, known as the Leap Day Deal.

That deal called for the North to suspend missile and nuclear testing in exchange for food aid.

"Kim may come back to the Trump administration just as he did after the April 2012 launch and say, 'let's make a deal,'" Wit said. "The (Barack) Obama administration turned him down and moved forward with new sanctions. Whether President Trump would take him up on such an offer is anyone's guess."
(END)