INCHEON, March 8 (Yonhap) -- It wasn't the way Josh Lindblom, an ace starter for the Doosan Bears, wanted to end his 2018 season.

On Nov. 12, the American right-hander was called in to preserve the Bears' 4-3 lead in the top of the ninth inning against the SK Wyverns in Game 6 of the Korean Series. Lindblom, the regular season ERA champion in the Korea Baseball Organization (KBO), struck out the first two batters. Then he had Choi Jeong on the ropes at a 2-2 count.

One strike away from forcing a Game 7, Lindblom instead served up a game-tying solo home run to Choi.

Lindblom stayed in to close out the ninth, but it turned out to be his final inning of 2018. The Wyverns won the game and the Korean Series on a go-ahead solo shot by Han Dong-min in the top of the 13th. 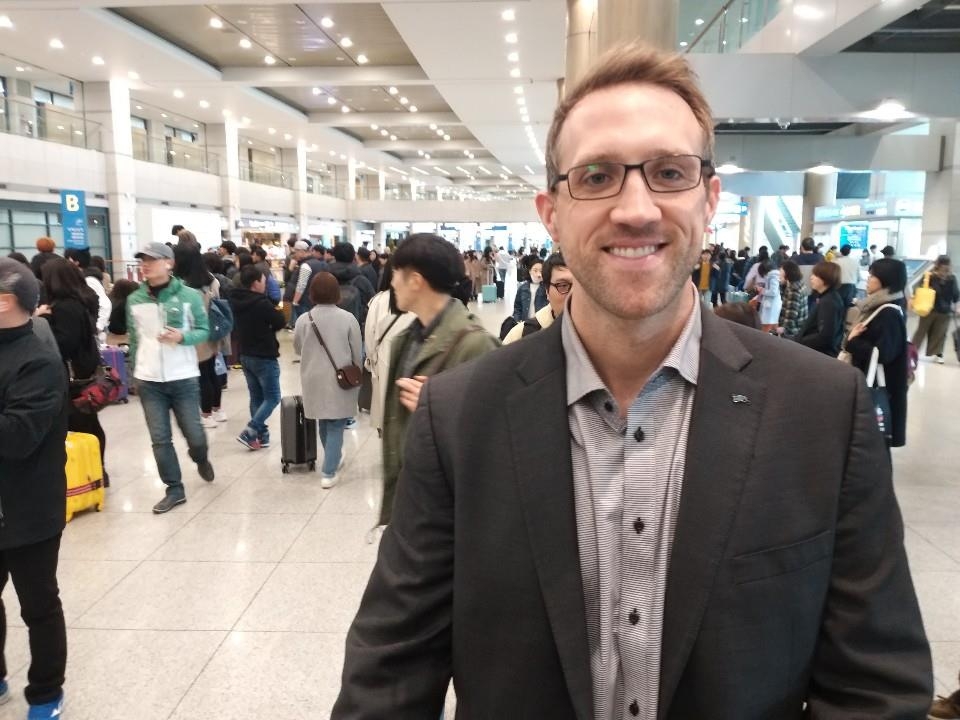 That homer was one of very few blemishes in an otherwise strong season for Lindblom. It has now been almost four months since the fateful home run. Speaking to Yonhap News Agency on Friday after returning from the Bears' spring training in Japan, Lindblom said he'd already put the play past him.

Asked how long it took him to get over that play mentally, Lindblom said, "Not very long."

"It obviously hurts when you don't win the championship. But it's done and over with, and you can't change it," he said at Incheon International Airport. "So you just move on and you worry about this season. What happened last year doesn't affect this year at all. Everyone starts off with zero wins, zero losses and zero ERA. Then we go from there."

And it's not as though Lindblom needed that blown save for motivation.

"If you need something like that to fuel you, then I don't think you really love the game as much as you should," he said. "Just being out playing baseball for a living is fuel enough for me. That's what I love to do. I love being around my teammates, I love to win. It doesn't motivate me any more or any less than just being out there playing the game."

The Bears would like nothing more than for Lindblom to replicate his regular season success from 2018. After two and a half years with the Lotte Giants, Lindblom joined the Bears for 2018 and went 15-4 with a league-best 2.88 ERA. He finished second in the regular season MVP voting behind Doosan teammate Kim Jae-hwan.

Before serving up the home run in Game 6, Lindlom had a dominant victory in Game 4, in which he struck out 10 and held the opponents to three hits in seven innings.

The 31-year-old said he's ready to go at it again.

"My body feels good, and my arm's healthy," he said. "That's what you want coming out of camp."

Meanwhile, Lindblom is dealing with potential distraction off the field. He is locked in a court battle with the Giants, seeking US$200,000 in a buyout that he claims the club failed to pay two years ago.

Lindblom's attorney said last month that the pitcher had wanted to settle the case with the Giants outside court but chose to take legal action because the Giants refused to find a middle ground.

Lindblom said he will let his lawyer and his agent handle whatever is happening outside the ballpark.

"My goal is just to play baseball. That's what I am here to do," he said. "The focus for me remains on the field, just like it always has." 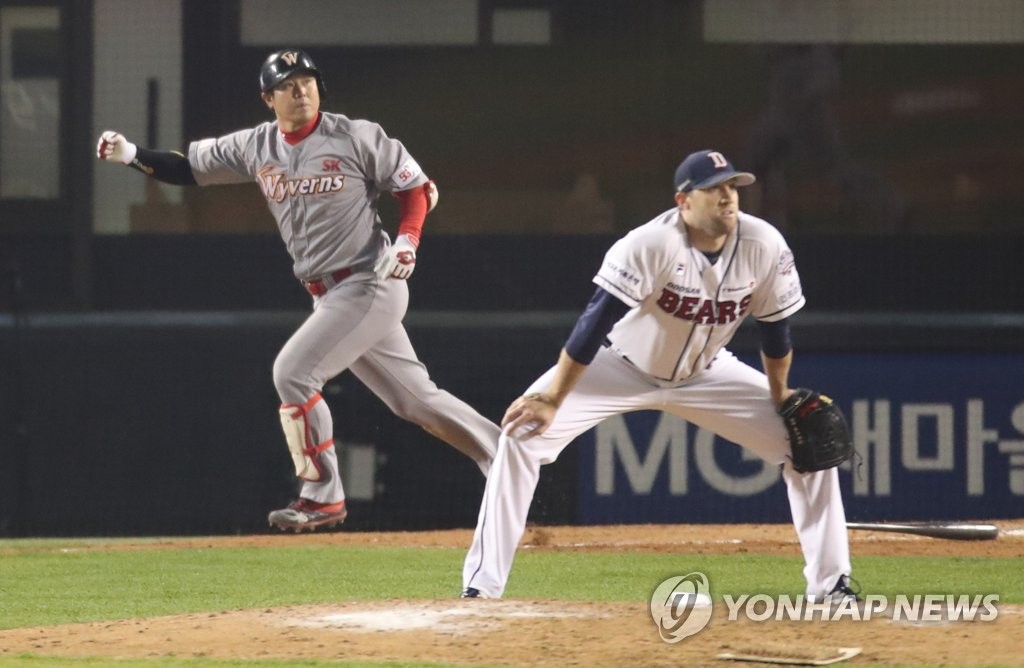