The index opened lower, tracking Wall Street losses, and moved further down to extend its losing run for a sixth straight session.

"Fresh concerns over global economic growth appear to dampen investor sentiment, while no tangible progress has been made regarding trade frictions between the U.S. and China," Seo Sang-young, an analyst at Kiwoom Securities, said.

The European Central Bank on Thursday slashed its growth and inflation forecasts while deciding to defer interest rate hikes to next year and offer banks a new round of cheap loans, citing continued weakness and pervasive uncertainty.

Losses were wide and deep across the board in the Seoul bourse, with tech blue chips coming under heavy downward pressure.

The local currency was trading at 1,136.20 won against the U.S. dollar, down 7.2 won from the previous session. 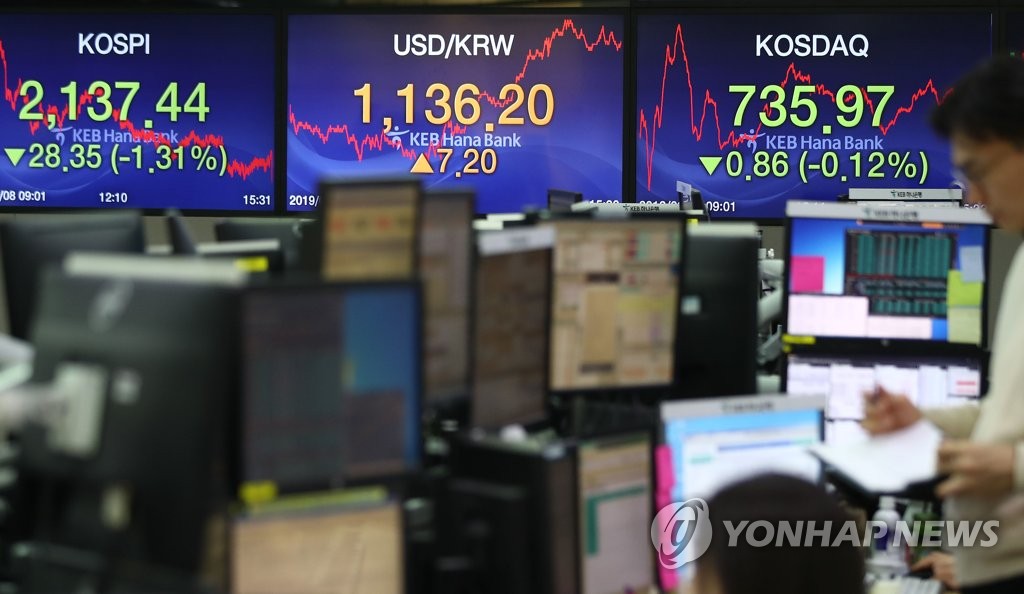