SEOUL, March 10 (Yonhap) -- Police on Sunday accelerated their probe into sex-for-favors allegations involving Seungri of South Korean boy band BIGBANG, as they booked him as a suspect and raided a Seoul nightclub associated with the performer to gather evidence.

On Sunday morning, the Seoul Metropolitan Police Agency sent 20 investigators to raid the nightclub Arena to gather evidence about the swirling suspicions surrounding the 29-year-old singer.

"To secure a warrant for the raid aimed at addressing suspicions, we have booked Seungri as a suspect," a police officer said on condition of anonymity.

Police reportedly booked three or four others related to the allegations.

On Feb. 27, police questioned Seungri over the allegations. He also underwent a test over suspicion of drug use. He denies all allegations.

Last week, his agency, YG Entertainment, announced he will join the Army on March 25.

Separately, police raided the Seoul Regional Office of the National Tax Service last Friday as part of their probe into allegations of Arena's tax evasion. 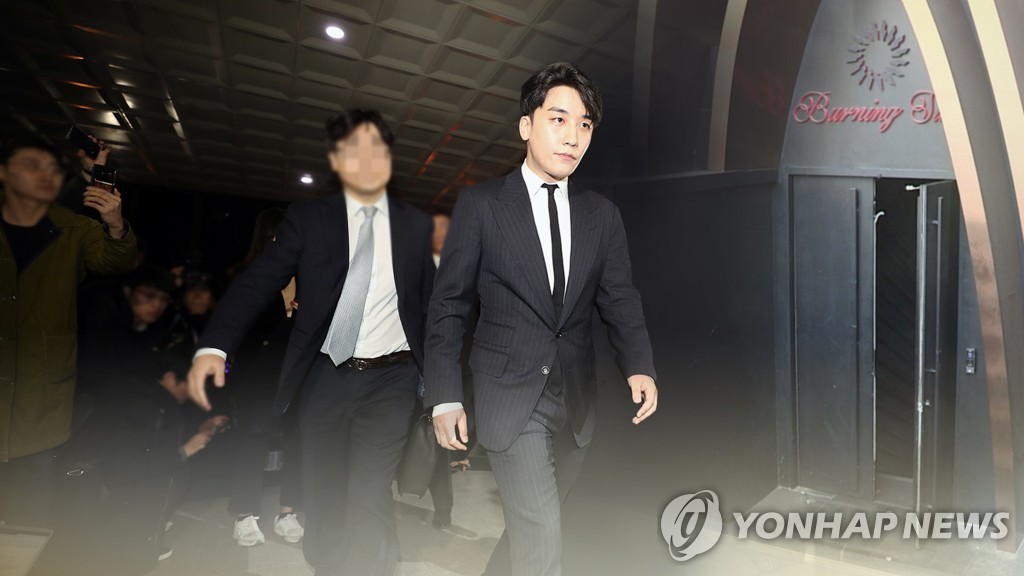