Across the 2016 and 2017 seasons with the San Diego Padres, his two most recent years in Major League Baseball (MLB), Bethancourt played catcher, left field, right field and second base. He even made six appearances on the mound, throwing 5 1/3 innings and giving up six earned runs.

Bethancourt has also played first base in the minors. The man can almost do it all, but he does have his preference. 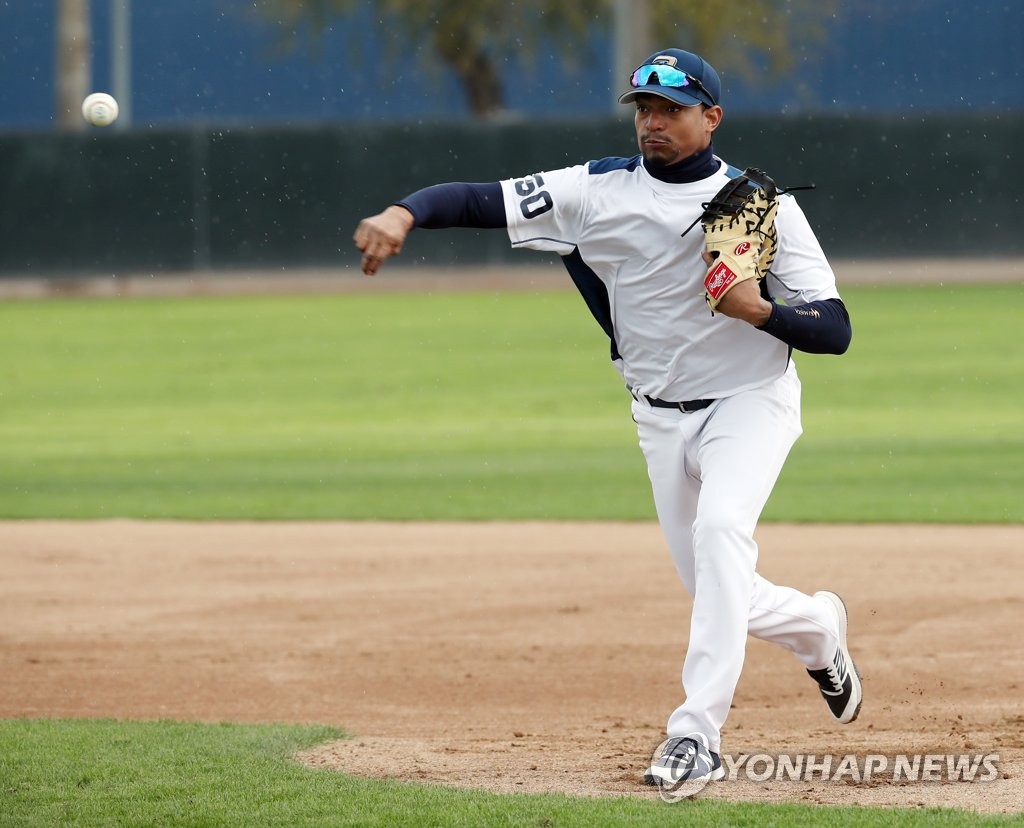 "Hopefully, catcher will be my first position, and I can get a lot of games as catcher," Bethancourt told Yonhap News Agency last Friday after returning from the Dinos' spring training in Tucson, Arizona. "Also, I am going to be playing first base and occasionally, I will be playing in outfield."

It appears unlikely Bethancourt will get his wish and be the Dinos' primary catcher. The club signed Yang Eui-ji, widely regarded as the best two-way catcher in the Korea Baseball Organization (KBO), to a lucrative multiyear deal in free agency last winter. Yang will get a bulk of time as backstop.

Manager Lee Dong-wook has praised Bethancourt's throwing arm from behind the plate, but he has also said he won't set a specific number of games for Bethancourt to catch. Lee will instead play it by ear and see which pitcher-catcher combo works the best.

Bethancourt will likely get most of his opportunities with the Dinos' two American pitchers, Drew Rucinski and Eddie Butler, though Lee said Bethancourt will also catch South Korean hurlers.

Largely because of the language barrier with South Korean pitchers, foreign players with prior catching experience have only been part-timers behind the plate in the KBO. Wilin Rosario, formerly a slugging catcher with the Colorado Rockies, caught 16 innings across four games for the Hanwha Eagles here from 2016 to 2017. Vinny Rottino briefly served as a personal catcher for Andy Van Hekken when both Americans played for the Nexen (currently Kiwoom) Heroes in 2014, and Rottino caught for 52 innings in 12 games. 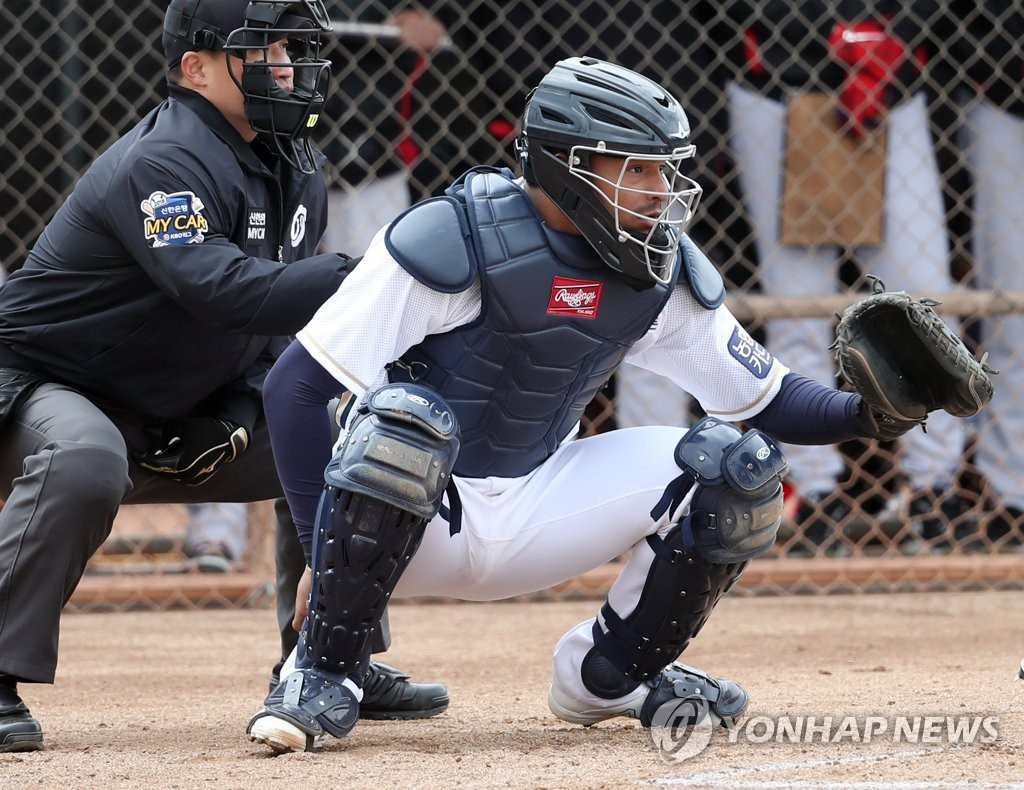 For Bethancourt, who hails from Panama, spending some time behind the plate in his first spring training with the Dinos afforded him a good view of the team's pitching staff.

"There are a lot of good players, a lot of young guys hungry to be on the team," he said. "That's always nice to see. The older guys are doing their job to maintain themselves and compete with the team."

Communication issues aside, the transition to the KBO has been mostly smooth sailing, Bethancourt said.

"Baseball will be the same. A lot of people will make it seem worse than what it is," he said. "You've got to show up, do your job and respect the game. The easy part is catch the ball, throw the ball and hit the ball."

Regardless of where he plays, Bethancourt said he'll always try to help the Dinos win.

And wins were hard to come by for the Dinos last season, when they finished in last place for the first time in their six-year history with a 58-85-1 (wins-losses-ties) record. They'd made the postseason in each of the four previous seasons. 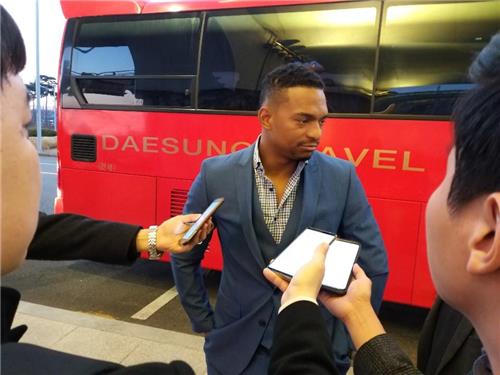 To shake things up, the Dinos acquired Bethancourt in place of Xavier Scruggs, who slugged 61 home runs in 2017 and 2018.

Bethancourt said he doesn't feel any added burden to fill anyone's shoes and bring the team out of the cellar all by himself.

"It happens everywhere in the world. One day, you're the champion. The next day, you're in last place or you don't make the playoffs," he said. "It doesn't put pressure on me. I've got to go out there every day and do my job, and try to do the best I can to help the team win the ball game. Hopefully, we can erase the last-place finish last year, and we end up at the top of the standings."