SEOUL, March 11 (Yonhap) -- The long-rumored foldable phones will be available in the coming months, but they are expected to take only a tiny share of the global smartphone market this year, an industry report said Monday.

WitsView, a division of tech industry tracker TrendForce, said the foldable phones are "still in the stages of market-response observation and product-design adjustment," predicting them to have a meager smartphone market penetration rate of 0.1 percent in 2019.

"Foldable phones penetration rates will have to wait until more panel providers join the game and panel costs see significant improvements for a chance to rise above 1 percent in 2021 and accelerate past 3.4 percent in 2022," WitsView said in a recent report.

While the biggest difference between Samsung and Huawei lies in the folding design, the market tracker said each design has its own advantages. 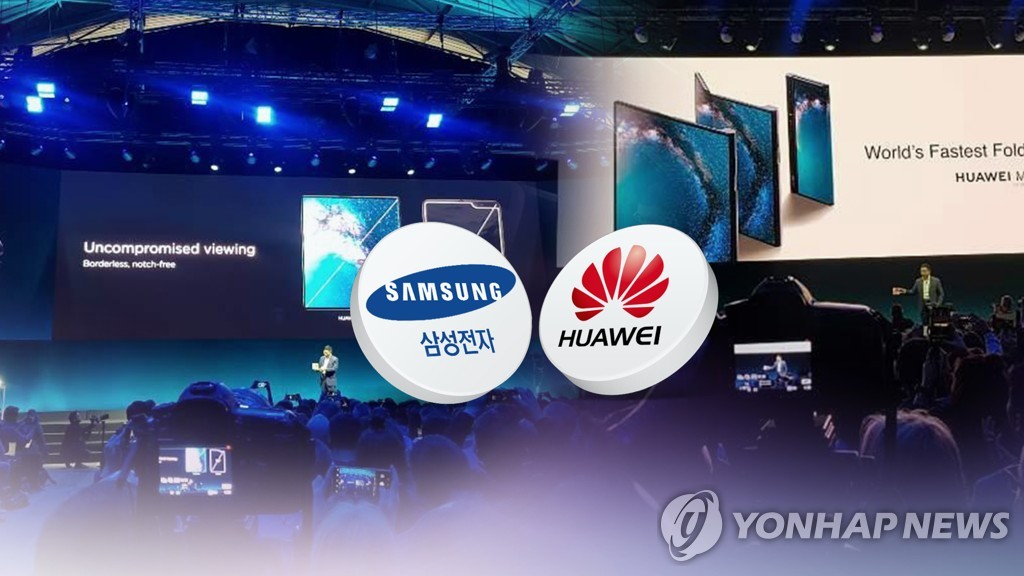 WitsView said Samsung's dual-screen design with an outer screen and an inward-folding screen needs more advanced technology to realize the small bending radius at the point the screen folds.

In contrast, Huawei's outward-folding design was considered more intuitive because it doesn't need an additional screen, yet easily shifts between phone and tablet modes. But WitView pointed out its plastic base material raises concerns of durability and scratches.

"It remains to be seen how suppliers will convince consumers and stimulate sales by software and user interface optimization and integrating the unique nature of foldable phones," WitsView said. "The high transmission speeds and low latency that 5G boasts and the size-adjustability of foldable phones may furthermore boost user experience with these devices."

Samsung's upcoming foldable phone is priced at US$1,980, while Huawei's device has a higher price tag of US$2,600.

Sales prospects of foldable phones to stay dim in 2019: report

Sales prospects of foldable phones to stay dim in 2019: report