SEOUL, March 11 (Yonhap) -- North Korean leader Kim Jong-un's recent call on propaganda workers to focus more on his "human" side might be the latest sign of a change in the regime's myth-making efforts as a tool for the Kim family to hold onto power, experts said Monday.

In a letter sent to a national conference of propaganda officials held in Pyongyang earlier last week, Kim emphasized that they should stay away from the "mystification" of their leader, according to the North's Korean Central News Agency.

"Mystifying a leader's revolutionary activity and appearance would result in covering the truth," Kim was quoted as saying. "Absolute loyalty would spring up when (they) are mesmerized by the leader humanly and comradely."

The remark appears to be out of sync with North Korea's decades of propaganda focusing on building a mythology and a cult of personality surrounding the Kim family, apparently to tighten the dynasty's dictatorial grip on the country.

It also came as Pyongyang is emphasizing the importance of self reliance after Kim returned home empty-handed from his second summit with U.S. President Donald Trump in Hanoi late last month. 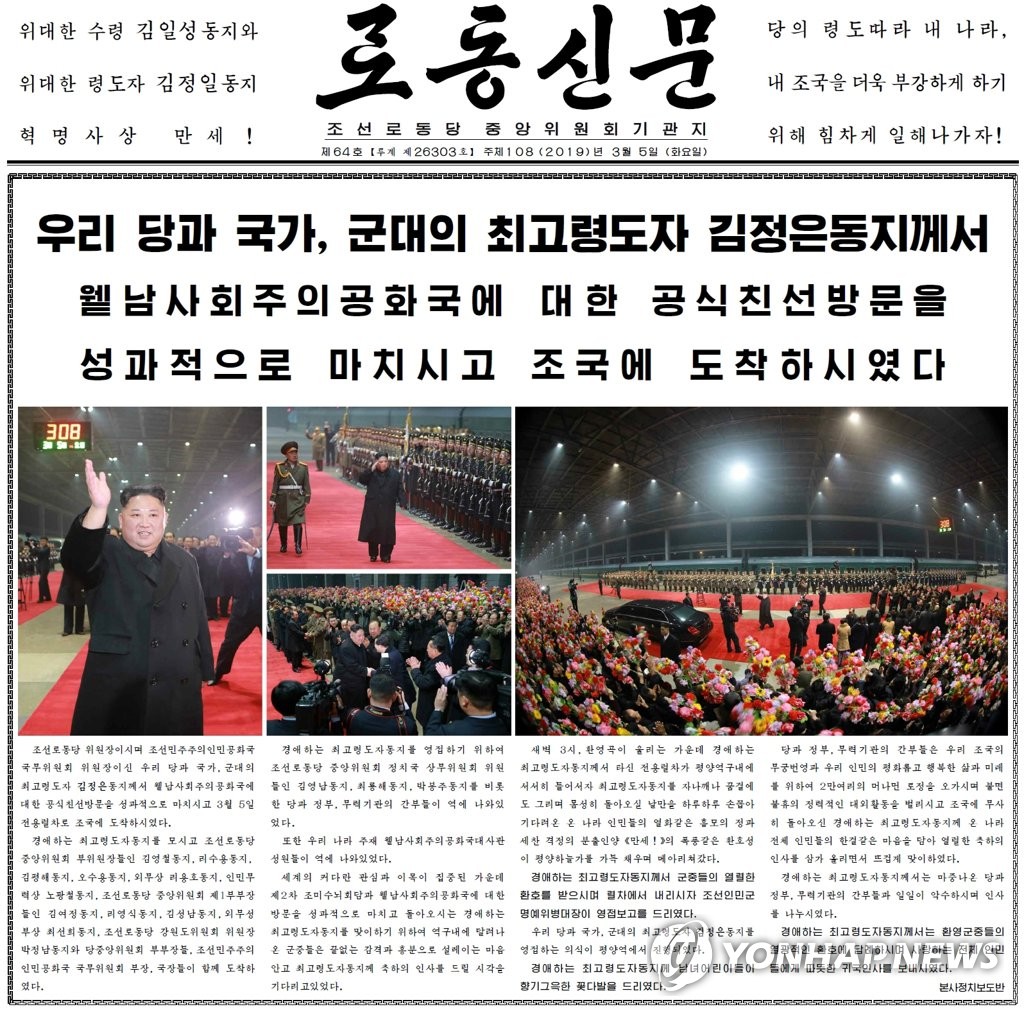 North Korean propagandists have long portrayed their leaders as near demigods.

Kim Il-sung, founding leader and grandfather of the current leader, was lauded as a leader who turned sand into rice during his fight against Japanese colonial rule and turned a pine cone into a hand grenade to blow up an American tank. He was also said to have crossed a river on a leaf.

Such myth-making efforts continued for his son Kim Jong-il, the late father of the current leader, with propaganda scribes claiming that the sky was filled with lightning, thunder and a double rainbow when he was born.

The late leader was also claimed to have recorded 11 holes in one in his first-ever golf round.

These claims made the North the butt of jokes in the outside world.

Things appear to have changed, however, since the current leader, Kim Jong-un, took power following the death of his father in late 2011, as he has tried to show his more human side to his people. Kim has even spoken of his inability to make things better for his people.

"As I am standing here to proclaim the beginning of another year, I feel a surge of anxiety about what I should do to hold our people in greater reverence, the best people in the world who have warmly supported me with a single mind out of their firm trust in me," Kim said in his New Year's address in 2017.

"My desires were burning all the time, but I spent the past year feeling anxious and remorseful for the lack of my ability. I am hardening my resolve to seek more tasks for the sake of the people this year and make redoubled, devoted efforts to this end," he added.

Experts said the North's tactic of creating a personality cult appears to be changing as Kim tries to build a more "friendly" and "accessible" image among his people, apparently in imitation of his late grandfather's approach.

But it is too early to say the regime has given up all such efforts.

"You can still see Kim Jong-un on the front pages of the Rodong Sinmun every day. There appears to be little change in the North's efforts to build a cult of personality for its leader," Cheong Seong-chang, a vice president at the Sejong Institute, said.

"What he seems to be trying to do is mimic his grandfather Kim Il-sung, who worked hard to create a friendly image among his people, not his father, Kim Jong-il, known for his mystification efforts by distancing himself from the public," he added.