SEOUL, March 12 (Yonhap) -- North Korea will begin restricting the inflow of foreign visitors starting next week as it is struggling to cope with a surge in the number of tourists following the first U.S.-North Korea summit last year, Chinese media reported Tuesday.

North Korea plans to restrict the number of visitors to the country to 1,000 per day starting Monday, the state-run Global Times said, citing a source.

The number of foreign visitors to North Korea peaked around July and August last year, with about 1,800 daily visitors on average, it said.

"In the face of the unexpected tourism boom, the alleged restriction was due to North Korea's low visitor reception capability and should not be viewed as a sign that the country is closing its doors, given the open gesture it has shown since last year," the report said.

About 80 percent of foreigners visiting North Korea are from China, according to the report. 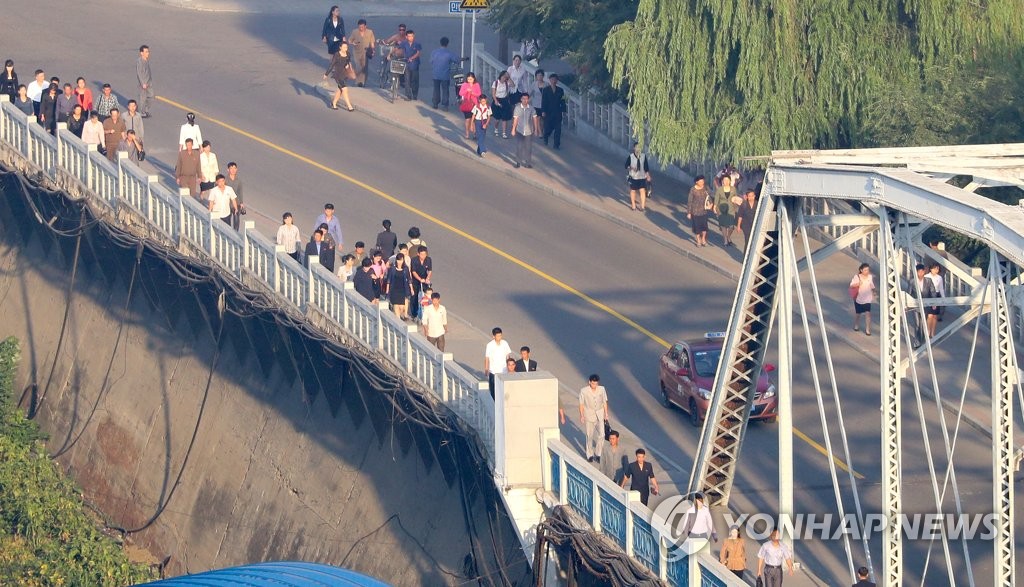