And the 27-year-old American also knows he can offer so much more to his new Korea Baseball Organization (KBO) club than his offense at the plate. 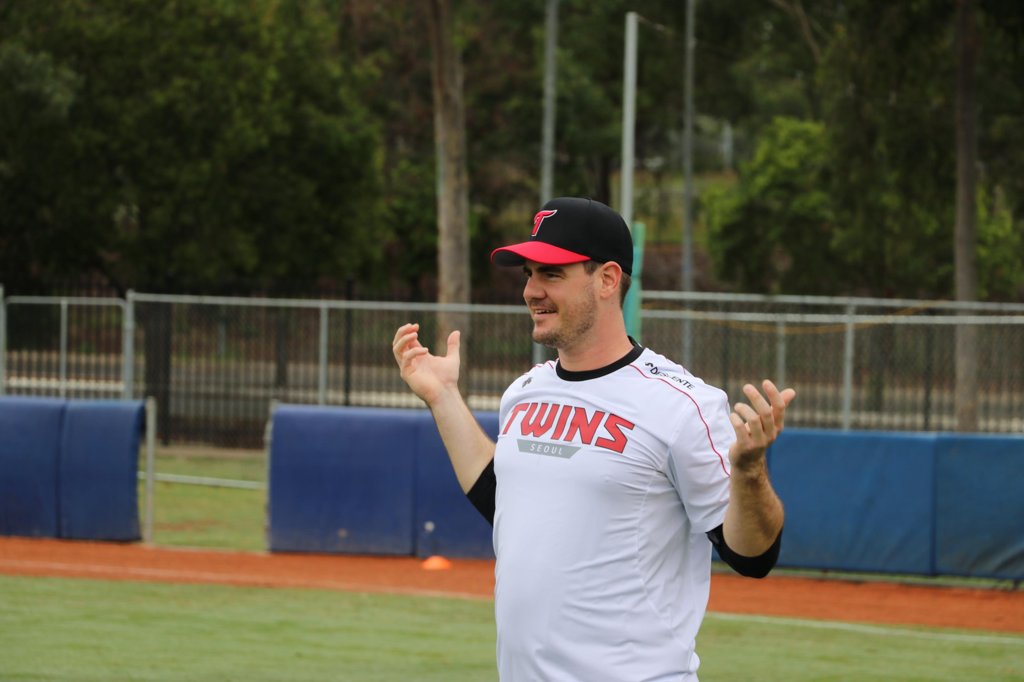 "I've thought that I've been a leader my entire career just by the way I go about my business. That's something that I take a lot of pride in," Joseph told Yonhap News Agency on Tuesday before a preseason game against the Kiwoom Heroes at Gocheok Sky Dome in Seoul. "A lot of people aren't going to do things the way I do them. I try to do them to the best of my ability. I think that's probably what I'll bring to the table the most."

Joseph said communication could be a challenge in that regard, since he'll have to rely on the team's interpreter to get his message across when need be. Joseph said he hopes his Korean teammates won't feel too shy to ask him questions.

The Twins are hoping Joseph's major league success will translate well to the KBO, after receiving limited production from their foreign hitter last season, Adonis Garcia. The third baseman batted .339 with eight homers and 34 RBIs in 50 games, while being sidelined for nearly four months with injuries.

Joseph launched 22 home runs in 142 games for the Philadelphia Phillies in 2017, a year after hitting 21 in 107 games for the same club. Joseph split his 2018 season between the Double-A and Triple-A affiliates of the Texas Rangers, and batted .284 with 21 home runs and 70 RBIs in 91 games. 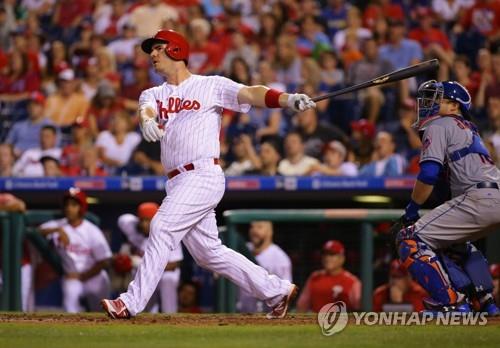 Joseph didn't seem overly concerned about what he's going to be able to do at the plate. The biggest adjustments for him so far have come from off the field, even though he had some ideas of what the league was going to be about, after speaking with Darin Ruf of the Samsung Lions, Joseph's teammate on the 2016 Phillies.

"I had some insight (into the KBO), but a lot of the stuff is learning on the fly, day in and day out," Joseph said. "The style of play that is over in the U.S. is a bit different than the style of play here. The way the pregame goes, how you eat and stretch ... the way the dugout reacts to everything, all of that is different."

Joseph is still young enough that he could potentially follow in the footsteps of Eric Thames, who parlayed a dominant three-year stretch in the KBO into a second tour of duty in the MLB at age 30.

Joseph said he wishes "nothing but the best" for Thames because a case like his can open the door for other foreign players and Korean players alike to move over to the majors. In the meantime, though, Joseph's focus is on his career here.

"(Going back to the majors) is not something you worry about every day," he said. "It's just a matter of taking care of business over here."