SEOUL, March 12 (Yonhap) -- In his limited opportunities in the Korea Baseball Organization (KBO) last year, Jerry Sands made a huge impact with his bat.

Heading into his first full season with the Kiwoom Heroes, the American outfielder knows that opposing pitchers will seek ways to contain him at the plate. It's a challenge he's happy to embrace.

"I am going to see how the league adjusts to me and play the cat-and-mouse game," Sands told Yonhap News Agency Tuesday before the Heroes hosted the LG Twins in a preseason game at Gocheok Sky Dome in Seoul. "I swung the bat pretty well last year and I'll see if they change up how they throw to me. Obviously, I have to be smart enough to understand what they're trying to do and make my own adjustments." 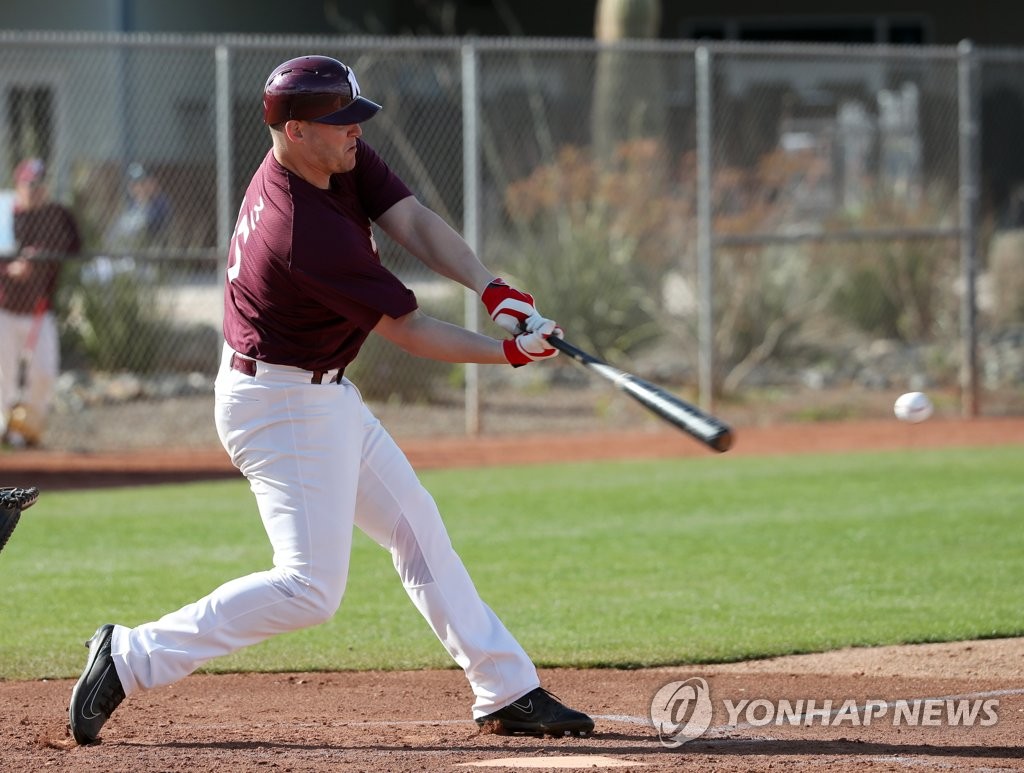 Sands sold himself short when he said he swung it well last year. After arriving as a mid-season replacement for Michael Choice in August, Sands blasted 12 homers in just 25 games. It's a pace that won't be sustained over a full, 144-game season, but still scary enough for opposing pitchers.

For his part, Sands said he's tried to stay the same over the winter, and whatever tweaks he makes will come during the regular season.

"I came in last year and it was a good opportunity for me, career-wise. I wanted to come in and help the team and do my job," he said. "In that aspect, it's pretty much the same this year. I just want to help this team win, get as many wins as possible and hopefully not come up short this year (in the postseason)."

If preseason is any indication to how the regular season is going to play out, then Sands will most likely bat in a different spot in the lineup this year than the last.

Slugger Park Byung-ho, who almost exclusively occupied the cleanup spot last year, batted in No. 2 hole Tuesday. Sands, who spent the majority of his time in the fifth spot behind Park in 2018, batted third, as manager Jang Jung-suk tries to find ways to generate more offense near the top of the order.

Sands, who has hit in literally every spot in the lineup in his major league career, said he's ready to contribute with his bat anywhere.

"I don't really care where I hit," he said. "It's just a matter of putting the puzzle pieces together that works the best and helps us score as many runs as we can. Our lineup is pretty deep and we're trying to see where everyone fits."