SEOUL, March 13 (Yonhap) -- The National Assembly passed a bill on the designation of fine dust as a social disaster Wednesday as South Korea struggles with its worst-ever particle pollution.

Parliament opened a plenary session to deal with several bills on fine dust as rival parties have pledged bipartisan efforts to tackle the issue.

The proposal on fine dust as a social disaster will pave the way for the government to inject state money when an urgent need for expenditure arises.

Other bills on particulate matter include a proposal on deregulation of the uses of liquefied petroleum gas (LPG) vehicles and a measure that requires schools to install air purifiers.

Fine dust air pollution has emerged as one of the most pressing issues here. The country was choked by particulate matter for a record streak of seven straight days in early March.

The ruling Democratic Party (DP) and two opposition parties agreed last week to vote on the bills Wednesday and consider an extra budget to fight fine dust if the government draws it up.

They called on the government to spend reserve funds swiftly to provide supplies, such as anti-dust masks, to the underprivileged.

The parties also decided to send a delegation to Beijing to promote cooperation between the two countries in tackling fine dust, a large portion of which is believed to have blown in from China.

Political parties are keen to resolve the fine dust issue ahead of next year's parliamentary elections as it could affect their public support ratings, given the issue's direct impact on people's health and welfare.

He called for interagency efforts last week, including the installation of high-capacity air purifiers in more day care centers and schools.

Moon also instructed government officials to work with China and called for his country to put forward its own response, such as the permanent shutdown of aged power plants that use fossil fuel. 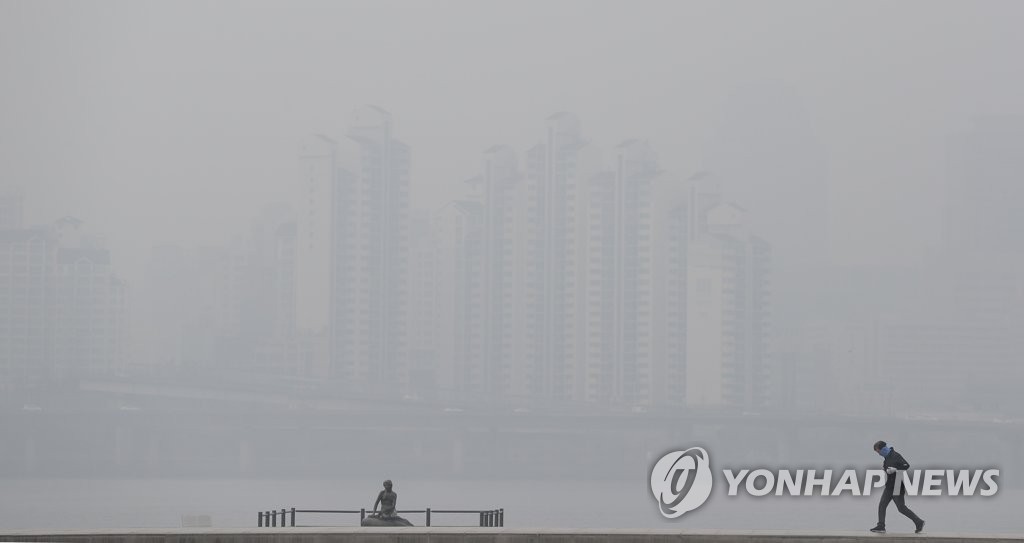