"Malaysia and South Korea are good, longtime friends who help push and pull each other," Moon told the meeting attended by some 300 South Koreans here.

"In 1966, (South Korea) built the 'Malaysian Bridge' in Paju, Gyeonggi Province, with support funds Malaysia provided. While Malaysia pushed for the Look East Policy, we helped train some 3,000 Malaysian officials and engineers between 1983 and 2011," the president added.

The South Korean leader arrived here earlier in the day on a three-day state visit. He will hold a bilateral summit with Prime Minister Mahathir Mohamad on Wednesday. 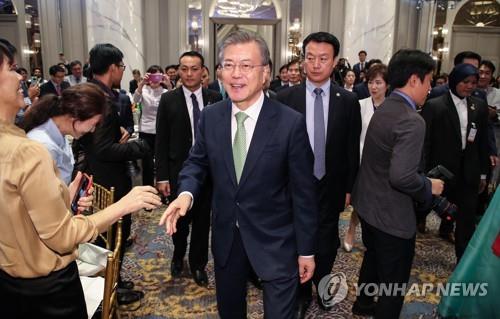 Moon's state visit to Kuala Lumpur marked the first of its kind by a South Korean head of state in nine years.

His visit here began with a special business fair that showcased some 150 South Korean products popular among global fans of South Korean pop culture, widely known as hallyu or the Korean wave, that are also halal-certified.

"The halal market is a vast market worth over US$2 trillion, and Malaysia's halal industry is already at the world's top class," he told the meeting.

"When globally competitive hallyu of South Korea and Malaysia, the hub of the halal industry, meet and cooperate, it may be a new cooperation model that will benefit both by dominating the global halal market," Moon said.

The South Korean president also stressed the importance of Malaysia in efforts to improve his country's relations with the 10-member Association of Southeast Asian Nations (ASEAN).

Moon is currently on a three-nation tour that earlier took him to Brunei, an ASEAN member state. He will later make a state visit to Cambodia, also a member of ASEAN.

"Malaysia is a very important country in our relations with ASEAN," he said, noting that he is set to host a special South Korea-ASEAN summit in November.

The summit, he said, "will be a chance to further develop our cooperative relations with ASEAN, including Malaysia." 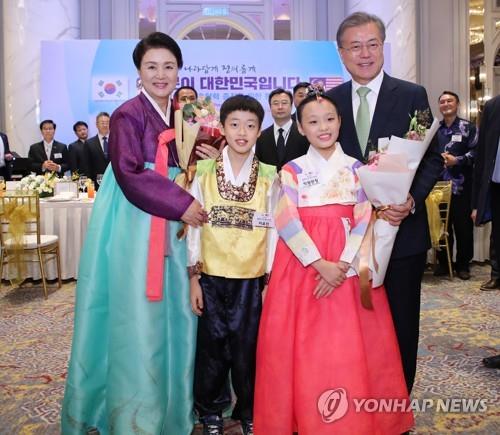