But that doesn't mean he's going to approach the 2019 season any differently than his previous seasons.

"I've got to go out there and pitch the way I know how to pitch," Kelly told Yonhap News Agency on Tuesday, before a preseason game against the Kiwoom Heroes at Gocheok Sky Dome in Seoul. "Some are going to be home runs. Some are going to be outs. That's baseball. Obviously, there's a lot of good hitters in the KBO. I am really excited to learn about them and to be able to face them." 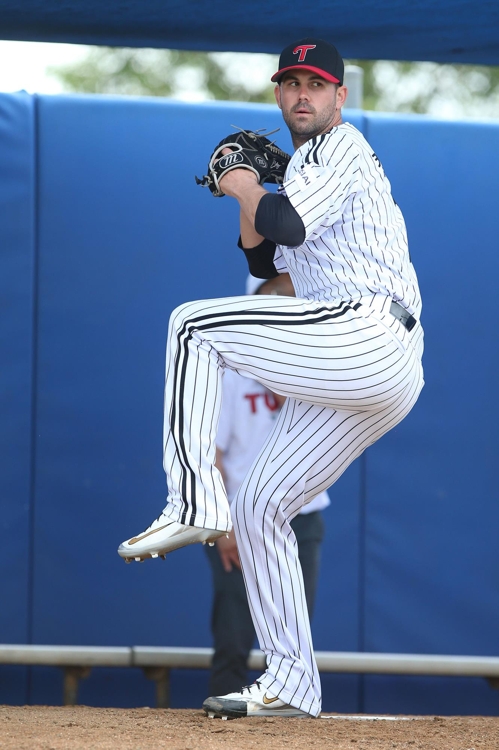 KBO clubs are each allowed to sign a maximum two foreign pitchers. They brought back American right-hander Tyler Wilson, who went 9-4 in 26 starts with a 3.07 ERA last year, while replacing Henry Sosa with Kelly.

Sosa had a solid season, with a 9-9 record, a 3.53 ERA and 181 strikeouts, the second-highest total in the KBO. But the Twins chose to go in a different direction with Kelly, who has 26 Major League Baseball (MLB) games to his credit, most recently appearing in seven games for the San Francisco Giants in 2018.

Kelly, 29, said he's been leaning on fellow 29-year-old Wilson to steer him in the right direction in the new league.

"He's been great. He has so much knowledge to drop on me about little things in the KBO," Kelly said. "Our pitching styles are similar. The more we get on with the season, we'll be able to talk about how to pitch to hitters."

In an effort to curb the offensive explosion, the KBO has switched to a slightly larger ball with less coefficient of restitution.

Kelly said he already feels comfortable with the ball that he'll be throwing for the first time in his career. 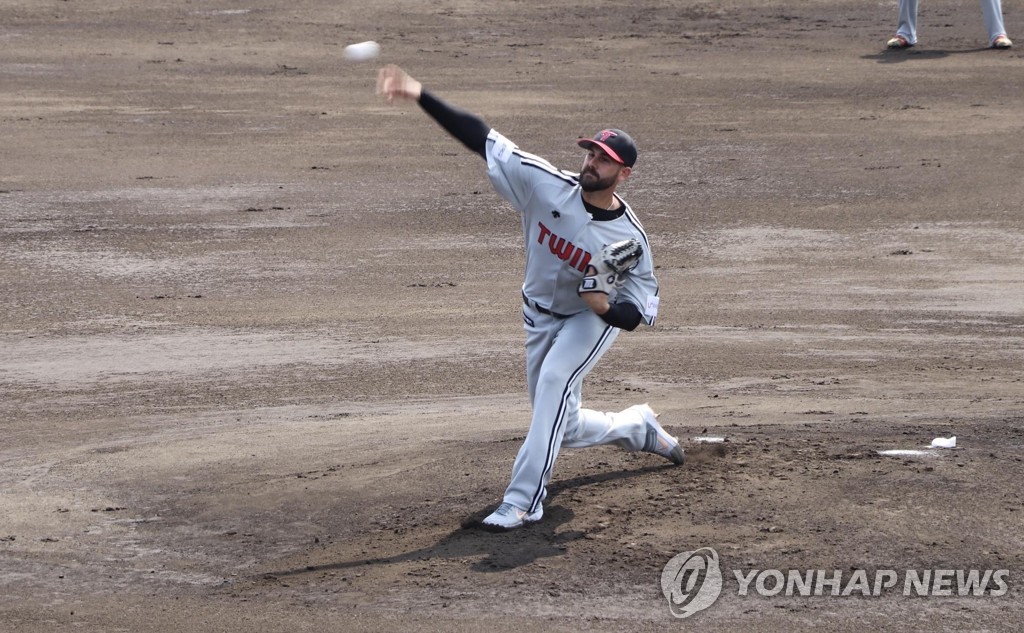 New pitcher not about to change style vs. KBO hitters

New pitcher not about to change style vs. KBO hitters