SEJONG, March 13 (Yonhap) -- The government has decided to extend a temporary tax deduction for credit card use for another three years, a ruling party lawmaker said Wednesday.

The decision was reached at a closed-door meeting between officials from the Ministry of Economy and Finance, the ruling Democratic Party and the presidential office, said Kim Chung-woo, a lawmaker of the parliamentary committee on economy and finance.

The tax deduction on credit card use had been slated to be phased out at the end of this year, but the plan has touched off strong protests among ordinary people as it has become one of the biggest sources of tax refunds a household can look forward to every year.

South Korea introduced the credit card spending deduction program in 1999 to encourage people to use credit cards for their daily shopping in order to make taxable corporate income more transparent.

Currently, the law permits credit card holders to deduct 15 percent of their credit card charges up to 3 million won (US$2,600) for those who earn 70 million won or less a year. 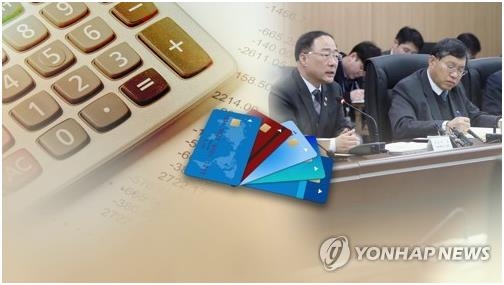 Gov't to extend credit card use tax deduction for 3 years

Gov't to extend credit card use tax deduction for 3 years