SEOUL, March 14 (Yonhap) -- Kim Seong-min, a 24-year-old left-hander for the Kiwoom Heroes, took an unusual route to the Korea Baseball Organization (KBO), one he'd rather forget, though not entirely.

In the spring of 2012, Kim, then a high school sophomore, made domestic and international headlines for all the wrong reasons. 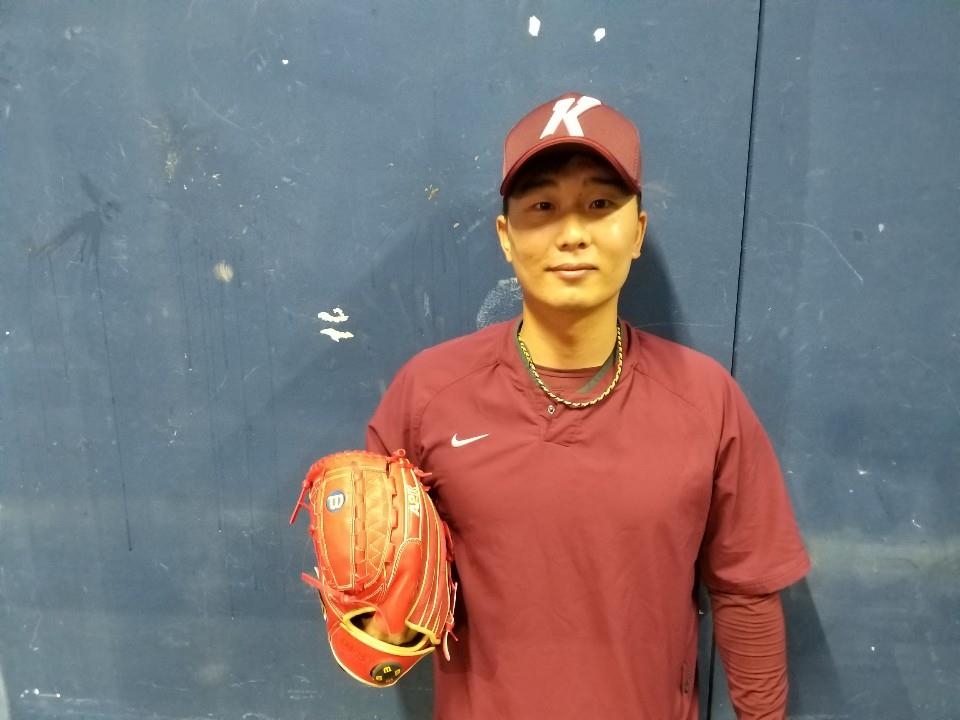 Kim was mired in a bizarre controversy surrounding his would-be contract with the Baltimore Orioles. Under South Korean rules, only players in the final years of their study, whether high school or university, are allowed to sign a professional contract. Kim was suspended indefinitely by the Korea Baseball Association (KBA), the national amateur baseball governing body.

And the Orioles breached protocol when they signed Kim. Under a player contract agreement between the Korea Baseball Organization (KBO), which governs professional baseball, and Major League Baseball (MLB), a big league club interested in a South Korean amateur, or professional player, must conduct a "status check" with the KBO on the player's availability. The Orioles didn't inquire about Kim's status, and their deal with the pitcher was later disapproved by MLB Commissioner's Office.

In the aftermath, the KBA banned the Orioles from scouting amateur games in Korea. MLB fined the Orioles, who apologized to both the KBO and KBA.

Lost in the shuffle was Kim, a highly touted prospect who suddenly had nowhere to play. He landed with a university team in Japan in early 2013 and pitched there for four years.

Meanwhile, the KBA lifted its suspension on Kim in 2014. He entered the KBO draft in August 2016 and the SK Wyverns selected him with the sixth overall pick. He joined the Heroes in a trade the following May.

Now, Kim finds himself battling for a spot in the bullpen of a team widely expected to contend for the Korean Series championship. 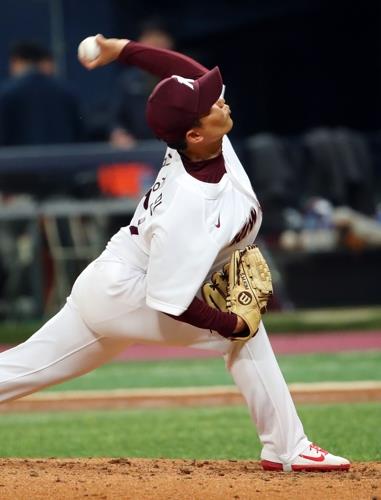 And reflecting on his time away from Korea, Kim said there's something to be learned from everything in life.

"There are aspects of my past that I no longer want to think about, but I can't say those days didn't help me become the player that I am today," Kim told Yonhap News Agency Wednesday, before a preseason game against the LG Twins at Gocheok Sky Dome in Seoul. "I've learned so much over the years."

"Even though it was only in university, I faced many prototypical, pesky Japanese hitters," Kim said. "During my time there, I learned different ways to handle such hitters."

Kim made 15 starts and 18 bullpen appearances in 2017. Last year, he was almost exclusively used out of the pen, as he made just one spot start in late April and came on in relief on 45 occasions.

Kim is the first to admit he's got plenty of room for improvement, particularly when it comes to his fastball velocity. In 2017, he averaged 136.5 kilometers per hour with his four-seam fastball. Last year, the average velocity only increased by 0.2 km/h.

"It's the same thing for me every year. I've not been able to throw as hard as I want, and that puts pressure on me on the mound," he said. "But as long as I don't give up runs and help the club any way I can, it's all good."

Kim admitted he's a brooding type who often has to get out of his own way and added, "My teammates have been telling me to keep things simple. So I've been trying not to think about small things too much." 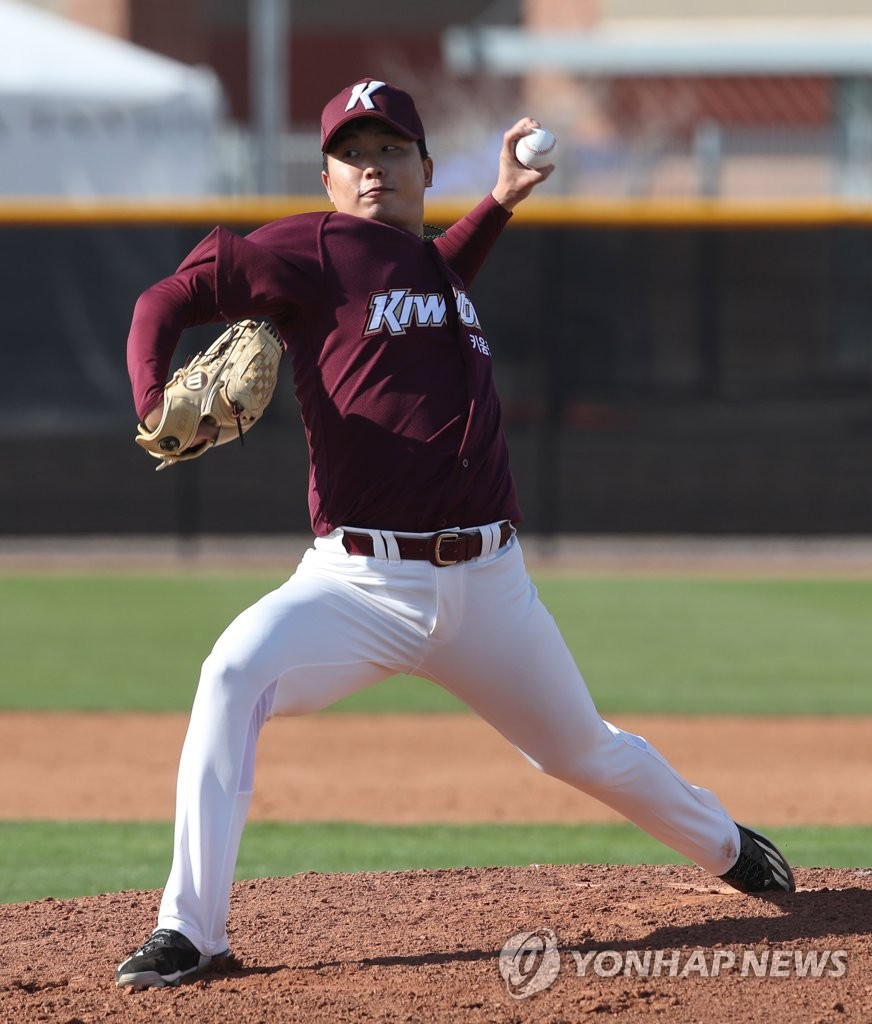 Kim made his preseason debut Tuesday and passed his spring test with solid marks. Kim came on with two outs in the fifth inning, with the Heroes nursing a 3-1 lead. Starter Eric Jokisch had given up the first run and left two men aboard for Kim, who faced left-handed hitting Park Yong-taik, the KBO's all-time hits leader.

Park has had Kim's number, having gone 4-for-8 with a home run over the past two years against the lefty. This time, Kim got the better of the veteran, who grounded out to second.

"I knew I struggled against Park Yong-taik last year, but instead of thinking about the hitter, I tried to stick to what I do best," Kim said. "I wasn't trying to strike him out. I wanted to be aggressive, even if it meant giving up a hit."

Kim returned for the sixth inning and retired the side in order.

That Kim was summoned in a tough situation, with a go-ahead run at the plate, indicates the level of expectations the Heroes have of the young pitcher. Kim said he's ready to do whatever the team asks him to.

"It's not so much about the team's expectations; I have to be better than I was a year ago," he said. "Whether I pitch in long relief or make a spot start, my job is to do the best I can."