SEOUL, March 13 (Yonhap) -- LG Twins' new American right-hander Casey Kelly made a solid preseason debut on Wednesday, thanks to strong command with all of his pitches.

The Twins defeated the Kiwoom Heroes 8-4 at Gocheok Sky Dome in Seoul, with Kelly holding the opponents to two runs on four hits in four innings. 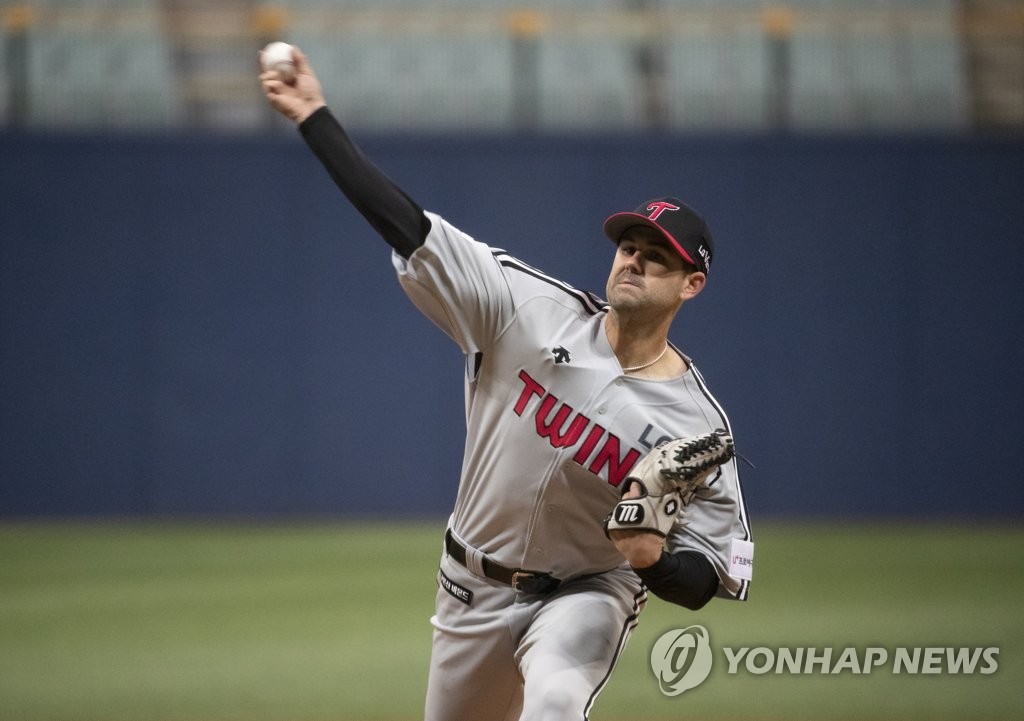 Kelly threw 61 pitches, 41 for strikes. He struck out two and walked one.

"Today, I wanted to work my fastball in and out and throw my offspeed pitches for strikes," Kelly said afterward. "Throwing first-pitch strikes to the batters was really good. I kept them off balance a little bit."

Kelly faced 16 batters, and he threw a strike for the first pitch against 14 of them.

Kelly didn't give up a hit through the first two innings. The Heroes opened the bottom third with back-to-back singles. A sacrifice bunt later, Lee Jung-hoo drove in two runs with a single to left center for a 2-0 Heroes lead.

Kelly's teammates rallied with three runs on five hits in the top of the fourth. Kelly gave up a leadoff double to Kim Ha-seong in the fourth, but then sat down the next three batters in order. 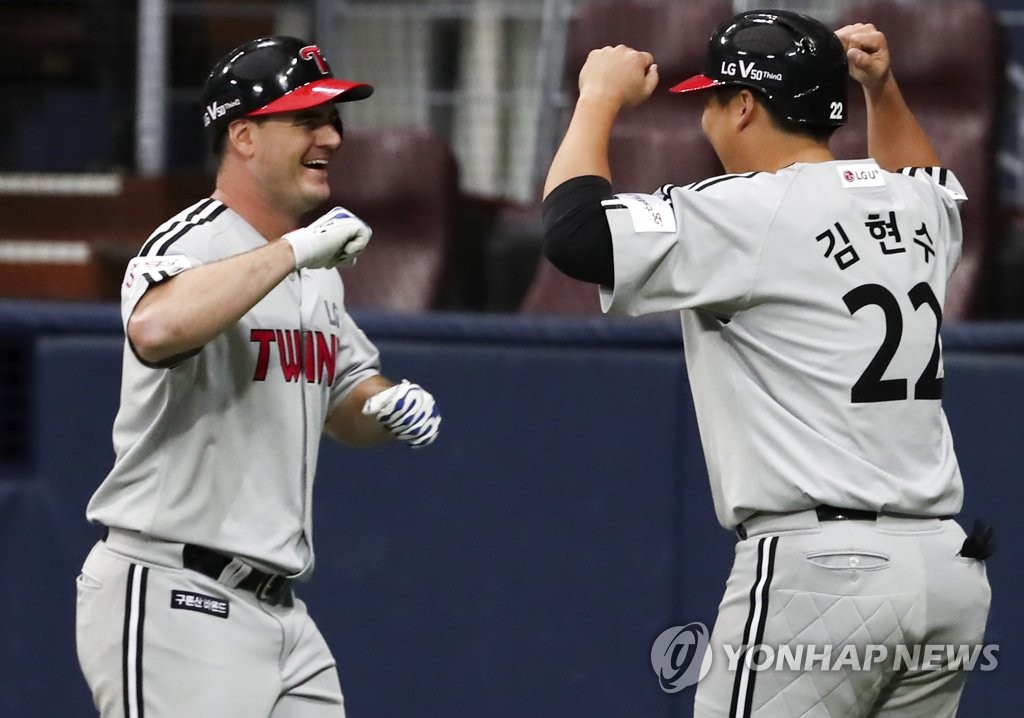 Tommy Joseph hit a two-run homer for the Twins in the top fifth to build a 5-2 lead, but Kelly's day was done as Kim Dae-hyun took over the mound to begin the bottom fifth.

The Heroes cut the deficit to one with a pair of runs in the bottom seventh, but the Twins responded with two runs of their own in the top eighth.

Park Yong-taik's RBI single in the top ninth rounded out the scoring at 8-4.

The Twins pounded out 15 hits in the victory, including Joseph's first long ball in the KBO.

Joseph, who was 0-for-11 in spring training in Japan, has now gone 3-for-6 in his first two preseason games.

"To hit the first home run in Korea was definitely a little weight lifted off the shoulder," Joseph said. "I'll just continue to make preparations going into the season."