SEOUL, March 14 (Yonhap) -- South Korea and Japan had another round of working-level consultations Thursday only to confirm their contradicting views on the issue of compensation for Tokyo's wartime wrongdoing.

It heralds a drawn-out diplomatic stand-off between the neighbors amid Japan's talk of possible economic retaliation for punitive measures against its companies in connection with the two nations' shared history.

A South Korean court approved the seizure of local assets from Nippon Steel & Sumitomo Metal Corp., which refuses to follow the ruling, in January.

A group of other victims are also seeking the seizure of Mitsubishi Heavy Industries, Ltd.'s assets as well. 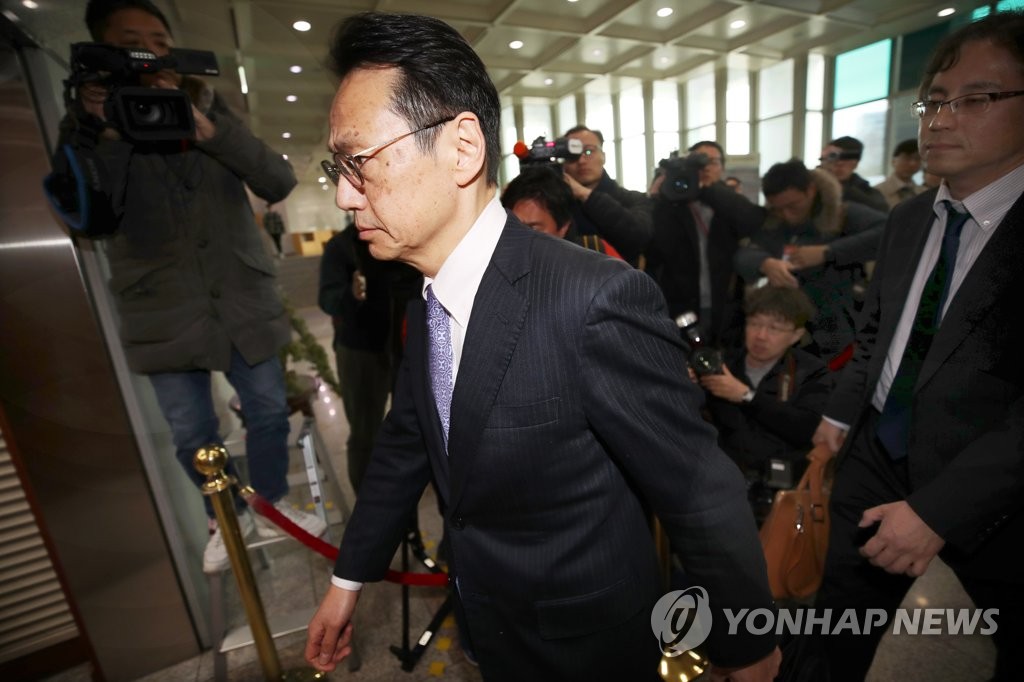 Kim Yong-kil, director general for Northeast Asian affairs at Seoul's foreign ministry, explained again the government's position on the matter during nearly two hours of discussions here with his Japanese counterpart, Kenji Kanasugi, a government official told reporters on background. It was their first face-to-face talks since they met in Tokyo at the end of January.

"In today's discussions, the two sides exchanged opinions on pending bilateral affairs and other issues of mutual interest in a relatively candid, good atmosphere," he said, adding there was no specific deal or breakthrough.

Kim stressed that it's not desirable for Tokyo to link the forced labor problem with its overall relations with Seoul.

He called on Japan to deal with the matter prudently to avoid negative effects.

In response, the Japanese official delivered his government's stance.

While the Moon Jae-in administration said it respects the judiciary's decision, the Japanese government stated that all reparations related to its 1910-45 colonization of Korea were settled in a 1965 state-to-state accord that normalized bilateral ties.

Japanese officials have demanded a formal "diplomatic forum" to address the matter in accordance with the 1965 agreement.

South Korea is reviewing whether to accept Tokyo's request in consideration of various factors including potential fallout. 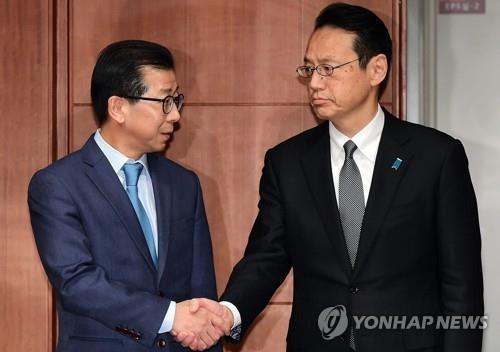 "At the least, the diplomatic authorities of both countries agree that such a thing should not happen," the official said.

Speaking at a parliamentary session earlier this week, Deputy Prime Minister Taro Aso cited economic retaliation against Seoul as a possible option if it goes ahead with the seizure of the company assets.

He mentioned a ban on visa issuances and money transfers.