The 29-year-old arrived at the Seoul Metropolitan Police Agency at around 2 p.m. and stood before a swarm of reporters and photographers. "I apologize to people who were hurt," he said.

"I will earnestly face the investigation and answer truthfully, rather than saying anything at this stage."

Earlier in the day, singer Jung Joon-young showed up at the same agency as part of a probe into suspicions that he filmed and shared sex videos with friends, including Seungri, in a mobile chat room.

Seungri, whose real name is Lee Seung-hyun, is accused of arranging sexual services for potential investors in a nightclub in Seoul. He was first questioned on Feb. 27.

His suspected crimes came to light during a police probe into another night club, called Burning Sun, over allegations of violence, drug use, rape and corrupt ties with district police. Seungri was its public relations director. 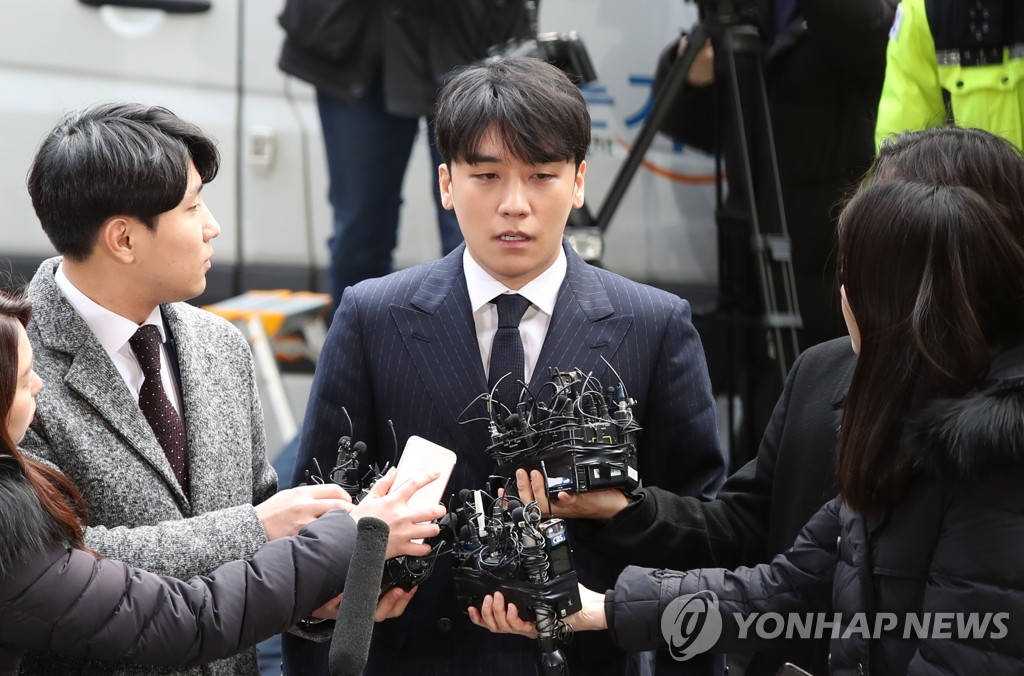