SEOUL, March 14 (Yonhap) -- Carlos Asuaje, a former major league infielder now plying his trade in South Korea, isn't probably going to wow anyone with gaudy offensive numbers. But the sleek-fielding second baseman for the Lotte Giants believes he can help his Korea Baseball Organization (KBO) club with his glove.

"I definitely take pride in my defense," Asuaje told Yonhap News Agency on Thursday before a preseason game against the Kiwoom Heroes at Gocheok Sky Dome in Seoul. "(Defense) is not as attractive as offense or hitting homers, but it can win you games. At the end of the day, if you pitch well and you play good defense, you're going to win a lot of games." 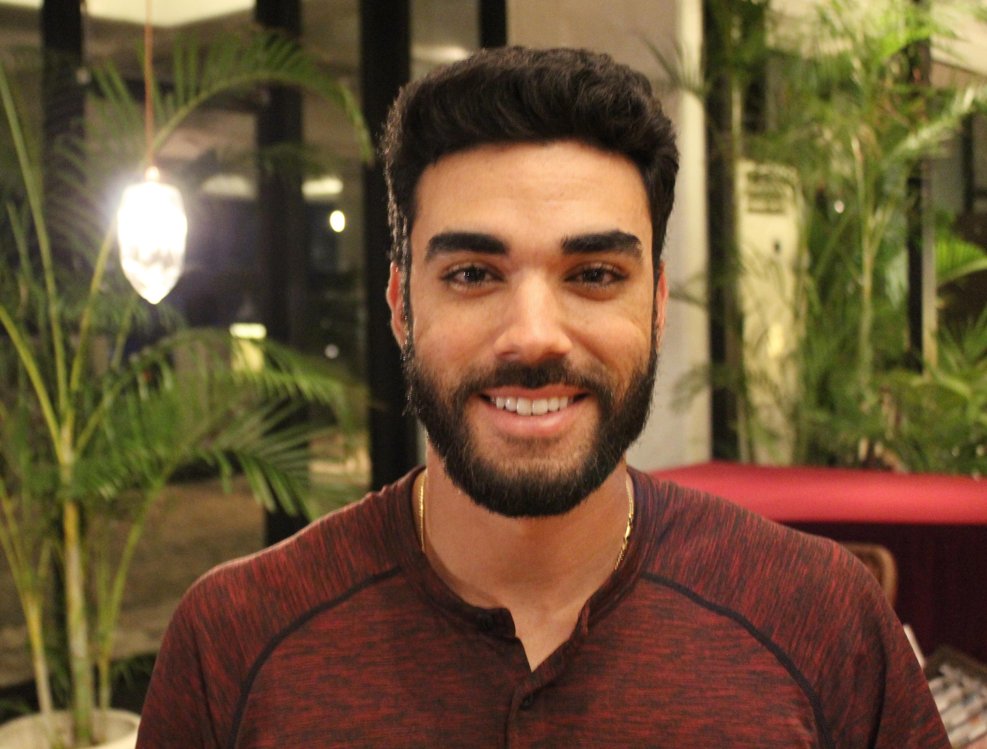 The former San Diego Padre put in 1,143 big league defensive innings at second base from 2016 to 2018 and committed just five errors.

On the Giants' roster, Asuaje is replacing Andy Burns, a fine defensive second baseman who also offered some pop, with 15 home runs in 2017 and 23 in 2018.

Asuaje, who has six career homers in 175 major league games, has batted second in each of his first two preseason games, before starting Thursday on the bench. He may also lead off for the Giants during the regular season.

Asuaje said he'll focus more on reaching base than on padding his personal batting stats.

"In the leadoff spot, the biggest thing is getting on base and setting the table for guys behind you," he said. "The spot in the lineup doesn't change my approach."

Asuaje was once considered a decent prospect in the deep Padres farm, following his trade from the Boston Red Sox in exchange for All-Star closer Craig Kimbrel. A native of Venezuela, Asuaje attended high school and college in Fort Lauderdale, Florida, and played for minor league teams in Massachusetts, Virginia, South Carolina, Maine and Texas. He's also played in the Arizona Fall League and the Dominican Winter League.

The well-traveled 27-year-old wasn't done traveling. He was waived by the Padres last December, and the Texas Rangers claimed him, before selling his contract to the Giants. 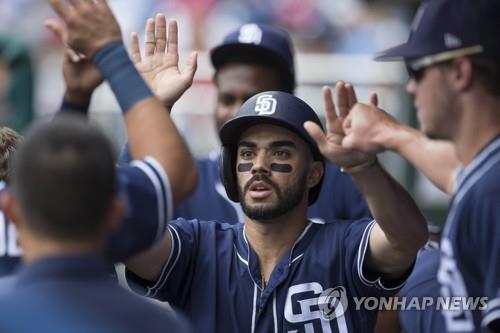 "My wife and I felt this was the best move for us going forward," said Asuaje, who played in 79 games for the Padres in 2018. "Honestly, a change of scenery is always nice. I wanted to challenge myself as well. It's a different way to prove myself. I took it in stride when I was given the opportunity, and I am really excited to be here."

As he tries to make adjustments to the new league, Asuaje said he's been leaning on the Giants' new captain, All-Star right fielder Son Ah-seop.

"I've definitely been talking to Ah-seop and everyone on the right side of the field," Asuaje said. "He's a great player and a great leader in the club house. He's someone that definitely is a good role model for the younger guys. When I want to know more about the pitchers, teams and strategies, that's the guy I always ask. I am trying to learn as much as I can from him."

Asuaje is joining a team famous for its rabid fan base who last saw a championship team in 1992. Though this is only his first spring with the Giants, Asuaje already expressed confidence in his team that they can give fans in Busan something to cheer about in 2019.

"I don't think there's a better team than the Lotte Giants right now. From what we've seen and what we've played against, I think we're as good as anybody in the league," he said. "I think we really have a good shot this year."

As for the title drought, Asuaje said, "We have 27 years of experience of how not to do it, so this might be the year to do it."