SEOUL, March 14 (Yonhap) -- Samsung Electronics Co. said Thursday it will push to put cameras and sensors beneath the screens of smartphones to create "perfect full-screen" devices.

The South Korean tech giant said its Infinity-O Display, used in Galaxy S10, is a "milestone" for its display technology, although going forward it will showcase a "full screen" look for upcoming smartphones.

"Punching a hole in the OLED display is a very challenging technology," Yang Byung-duk, vice president of Samsung's Mobile Communication R&D Group Display, said in a briefing. "We tried the technology for Galaxy's 10th anniversary model and think the strategy worked as a result." OLED stands for organic light-emitting diode.

"Galaxy S10 is the only smartphone that has a hole in OLED display itself," Yang pointed out. "Hole display is not one of the design options, but it is a noteworthy achievement in terms of the display technological advances."

Samsung's ultimate goal is create a smartphone with all of sensors embedded beneath the screen.

"Though it wouldn't be possible to make (a full-screen smartphone) in the next 1-2 years, the technology can move forward to the point where the camera hole will be invisible, while not affecting the camera's function in any way," Yang said.

Yang said the company is also considering development of Crystal Sound OLED display, which can make the screen double as a speaker. LG Electronics Inc. adopted a similar technology in its latest smartphone, G8 ThinQ.

Galaxy S10's Infinity-O Display puts a front-facing camera in a punch-hole in the main display itself, doing away with the bezel and notch to provide users with the best viewing experience for. 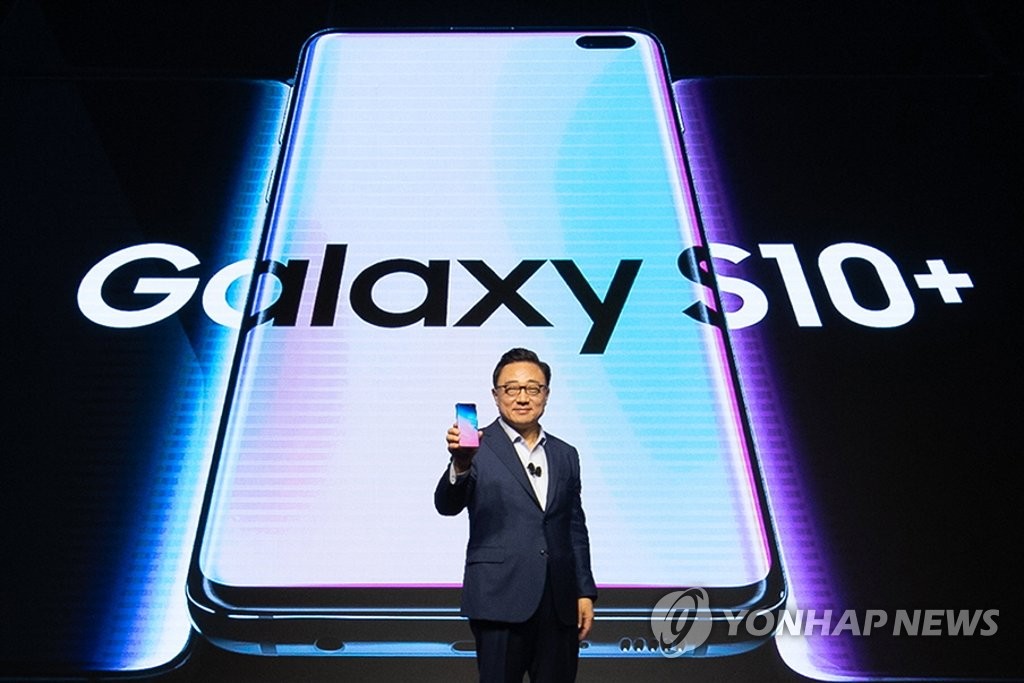