SEOUL, March 14 (Yonhap) -- There are different ways for pitchers to try to find an edge on opposing hitters, whether it's tweaking their delivery or adding a new pitch to the repertoire.

Now entering his fifth season in the Korea Baseball Organization (KBO), Raley said he is "a big believer in sabermetrics," referring to the analysis of baseball statistics, whose term takes its cue from Society for American Baseball Research (SABR). In particular, Raley said he has closely studied spin rates and pitch tunneling, an idea that if two different pitches travel through the same "tunnel" long enough on their way to the plate, the hitter won't be able to distinguish them until it's too late. 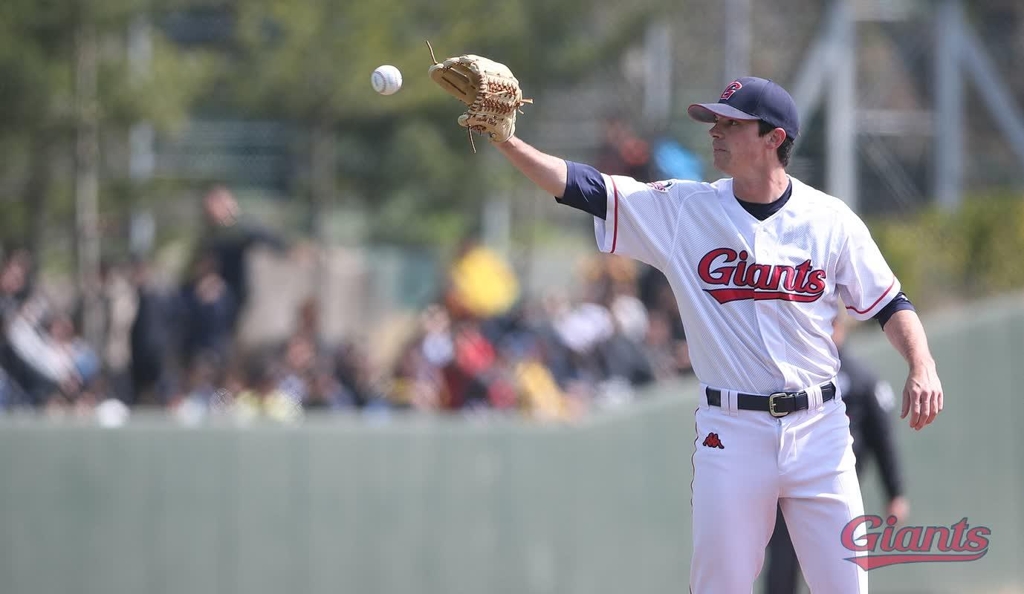 Raley admitted he was overwhelmed by the sea of information at first but he's learned how to process them properly.

"At first, I felt like I was drinking water from a fire hydrant," Raley told Yonhap News Agency Thursday, before a preseason game against the Kiwoom Heroes at Gocheok Sky Dome in Seoul. "Once I figured out how to process it and what I was actually looking for ... it's taken my game to a higher level."

He said it always helps to have concrete data to back up whatever game plan he may have for a particular start.

"Before, you went out there, you went about your game plan and just tried to execute it," he said. "Now, you know if that was the right pitch to offer to that specific hitter based on his swing and what he's good at. It's helped me understand what the best version of me is and what the hitter is trying to do."

Raley, who made his KBO debut with the Giants in 2015, is currently the longest-tenured foreign pitcher in this league. His former Lotte teammate, Josh Lindblom, also began his KBO career in 2015 but he spent the first half of the 2017 season in the United States before returning to the KBO that summer.

Raley's presence as a fixture at the top of the Giants' rotation is a testament to his consistency in a league that has been tilted heavily toward offense.

The 30-year-old has made at least 30 starts in every season so far. Over those past four seasons, Raley has made the second-most starts in the KBO with 122, tied with Henry Sosa, who's no longer pitching in the KBO, and one behind Yang Hyeon-jong of the Kia Tigers. 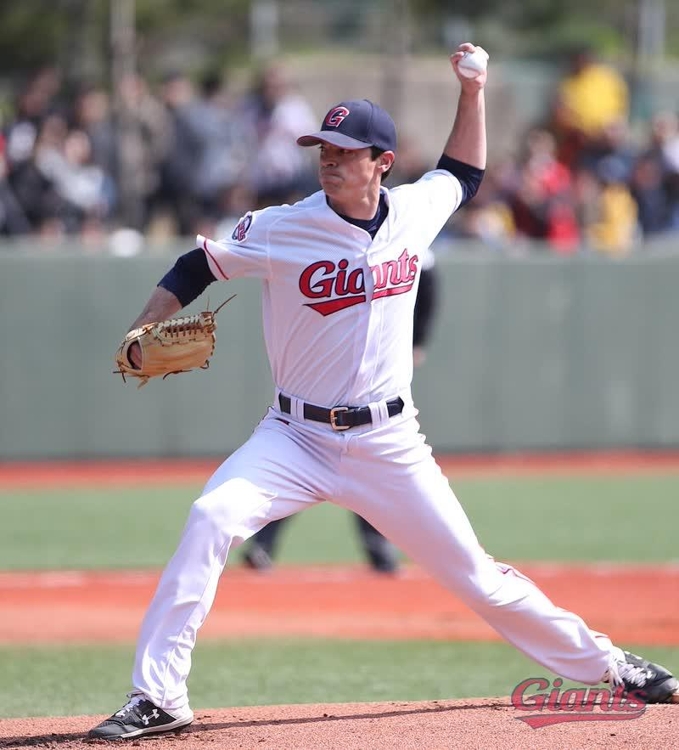 Along the way, Raley has earned the respect of the club house. He said he has stepped into a leadership role for a young pitching staff, and he has even sat down with those pitchers to analyze advanced stats together and figure out ways to improve.

"I've had good conversations with some pitchers, just talking about what I learned in the States and what I see in their mechanics," he said, singling out 25-year-old right-hander Kim Won-jung as one teammate he's taken under his wing. "I take a look at our guys' (advanced metrics) and try to help them any way I can."

Because Raley has been in the KBO for so long, the hitters know him as much as he knows them. And Raley said trying to stay ahead of his opponents is "one of my favorite things" about his job.

"I've probably got 50 or 60 at-bats on some guys, and we've had every situation, from nobody on and nobody out to bases loaded and two strikes," Raley said. "I feel like I've gotten to know who I am and what I can do. (I will) let the cards fall where they may and try to execute pitches."

Raley is off to a decent start to preseason. On Tuesday, he threw 85 pitches in five innings against the NC Dinos, holding them to three runs on six hits. He struck out four and walked one.

"In spring training, it's always (about) progression. Obviously, I was happy to get out there and get through five (innings)," he said. "I would have liked to have been a little more efficient than I was. I felt like I got a little tired in the fifth. I thought my fastball command was pretty good. I attacked the zone. I gave up a couple of hits with two strikes. I need to clean up some things. Overall, I was happy to be out there throwing strikes."

To get an edge on hitters, KBO pitcher puts faith in advanced metrics

To get an edge on hitters, KBO pitcher puts faith in advanced metrics