Investigators from the Seoul Central District Prosecutors' Office were sent to search the Korea Exchange (KRX) in western Seoul.

They also raided the offices of two Samsung units -- Samsung S&T Corp. and Samsung SDS Co. -- on Thursday in the probe into the biopharmaceutical company.

Prosecutors are investigating allegations that Samsung BioLogics Co. broke accounting rules in inflating the value of its subsidiary, Samsung Bioepis, ahead of BioLogics' 2016 initial public offering.

The prosecution suspects the KRX eased the IPO rules at that time to make BioLogics eligible for listing on the KOSPI market.

The Financial Services Commission (FSC) judged in its own inquiry that the alleged fraudulent accounting possibly amounts to 4.5 trillion won (US$3.96 billion). 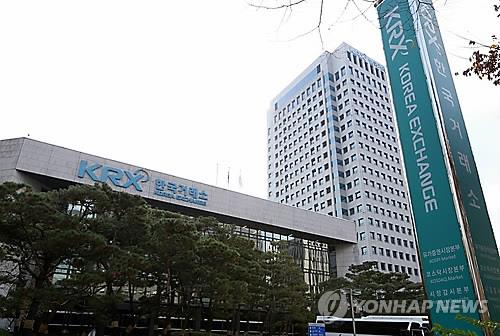