SEOUL, March 15 (Yonhap) -- After toiling in the U.S. minor leagues for three seasons and being away from baseball while completing his military service, South Korean left-hander Yoon Jeong-hyeon is trying to press the reset button on his career and have a fresh start.

To do that, Yoon has gone back to his old delivery on the mound.

The 25-year-old is battling for a spot in the bullpen for the Kiwoom Heroes, which selected him with the fourth overall pick at last year's Korea Baseball Organization (KBO) draft.

It was the second time Yoon had been drafted in the league. In 2012, the Lotte Giants picked him in the eighth round, and he instead opted to enroll at Dongguk University in Seoul. He dropped out during his freshman year and signed with the Baltimore Orioles. 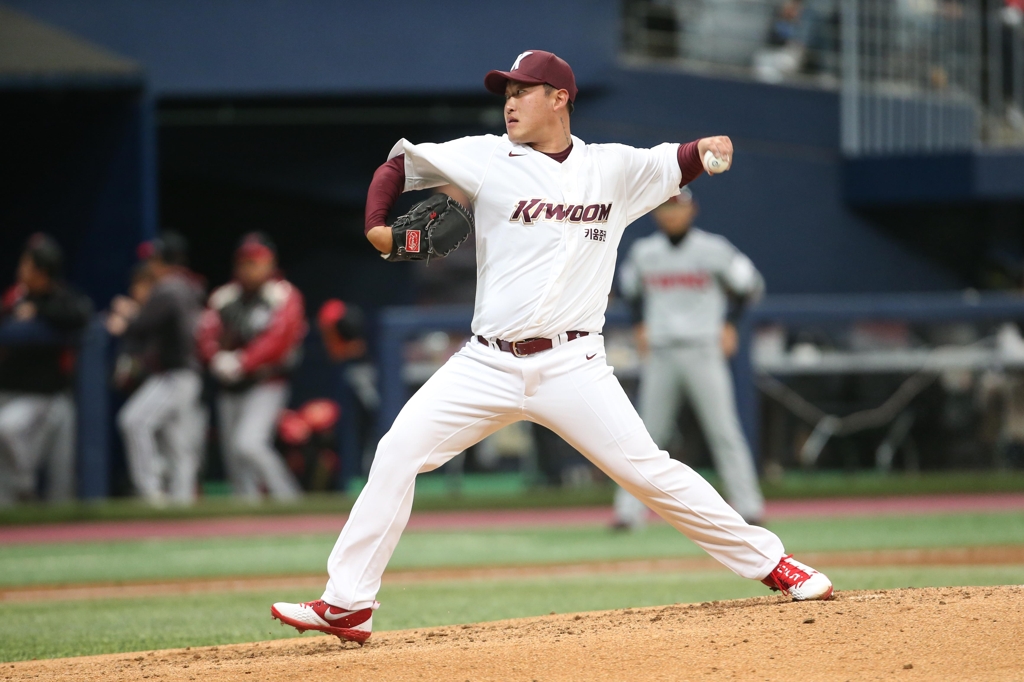 He made his rookie league debut in 2014 but reached only as high as low-A ball in 2016. He returned home and fulfilled his two-year military service, which ended last summer.

Though he'd not played competitive baseball for two years, the Heroes still saw enough in Yoon to pick him so high in the draft. Following a monthlong camp in Arizona, Yoon made his preseason debut in relief Wednesday against the LG Twins, sporting an unorthodox delivery.

"It's something I used to do, and I told my coaches that I'd work on getting back to that during spring," Yoon told Yonhap News Agency on Thursday at Gocheok Sky Dome in Seoul. "I am trying to keep hitters off balance, and I want to be more consistent with it. I think I am getting there."

Yoon's positive assessment of his delivery wasn't reflected in his pitching line. He served up a two-run home run to Tommy Joseph in the fifth inning, after leaving a fastball up in the zone, and was charged with two earned runs in 1/3 of an inning.

Yoon chose to look on the bright side, saying he was just feeling out his pitches.

"I feel great physically, and it's getting better," Yoon said. "I was really happy to be pitching in my first preseason game. I feel bad about letting our fans down, but there's a lot of baseball left. I'll try to be better the next time." 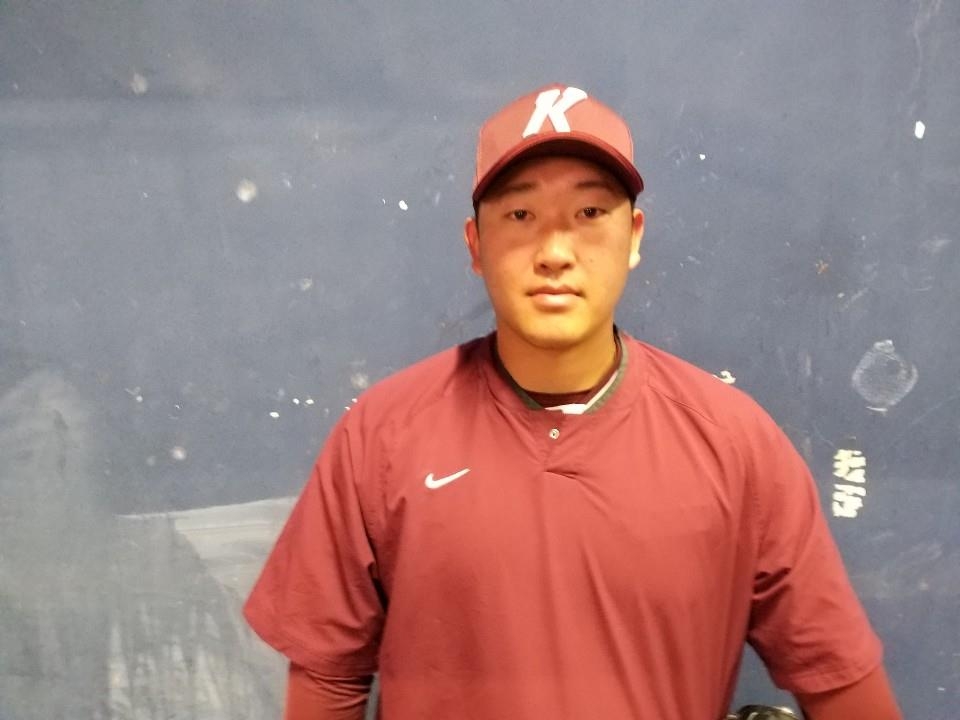 The Heroes have yet to determine Yoon's role, though it's unlikely he'll make the rotation. They could instead use him as a situational lefty out of the pen.

"My coaches told me to stay prepared, because they don't know how they're going to use me yet," Yoon said. "Whatever opportunity comes up, I will try to pounce on it."

Ryu, former MVP in the KBO who's entering his seventh year in the majors, is arguably the greatest left-hander to ever come out of South Korea. And though Yoon didn't pick No. 99 -- "The team just gave me that number," he said -- Yoon is still happy to have something in common with Ryu.