SEOUL, March 15 (Yonhap) -- Rival parties are likely to fail to meet the deadline for agreeing on electoral districts for next year's general elections as they still differ on broader electoral reform proposals.

Friday is the deadline by which a parliamentary panel commissioned by the state election watchdog should submit a proposal on the demarcation of constituencies to the parliamentary speaker.

The National Assembly should then finalize the electoral precincts at least a year before the general elections, which is set for April 15, 2020.

The ruling Democratic Party (DP) and three minor parties are seeking to reach an agreement on an electoral reform bill and fast-track it by Friday, but they have yet to narrow their differences on the details.

The National Assembly is widely expected to continue its tendency to miss deadlines due to partisan tensions.

The DP and smaller rivals are seeking to jointly draw up an election reform bill and fast-track it, despite the main opposition Liberty Korea Party (LKP)'s objection.

The main bone of contention is whether to introduce a mixed-member proportional (MMP) representation system, in which parliamentary seats are tied to the percentage of voters' support for different parties.

The National Assembly can designate a bill that fails to get bipartisan support as a fast-track proposal if three-fifths of lawmakers approve the move. This is aimed at preventing a proposal from remaining pending in parliament too long.

But a compromise on the fast-track drive appears to be elusive as even lawmakers of the minor opposition Bareunmirae Party, the third-largest party, are divided over the move.

The LKP vehemently opposes the other parties' move, pledging to mobilize every means to deter the fast-track bid.

Rep. Sim Sang-jeung, chief of the special parliamentary committee on political reform, called on the DP to accept the three minor parties' proposals on electoral reform in a bold manner.

"We will kick off the process needed for the fast track at an early date once the four parties reach an agreement on the details," Sim told a press conference.

She said they called for an MMP representation system that would operate as closely as possible to their original proposal.

The minor parties originally proposed raising the number of parliamentary seats to 330 including 110 proportional representation seats from the current 300 including 47 proportional seats.

But the smaller parties are close to accepting part of the ruling DP's proposal in a compromise including just 75 proportional representation seats.

The ruling party wants a less strict MMP system, under which the total parliamentary seats would be fixed at 300 but proportional representation seats would rise to 75.

Another request by the smaller parties is to guarantee political neutrality and independence in drawing up bills on a unit to investigate high-ranking government officials over corruption and on enhancing police's authority to probe. 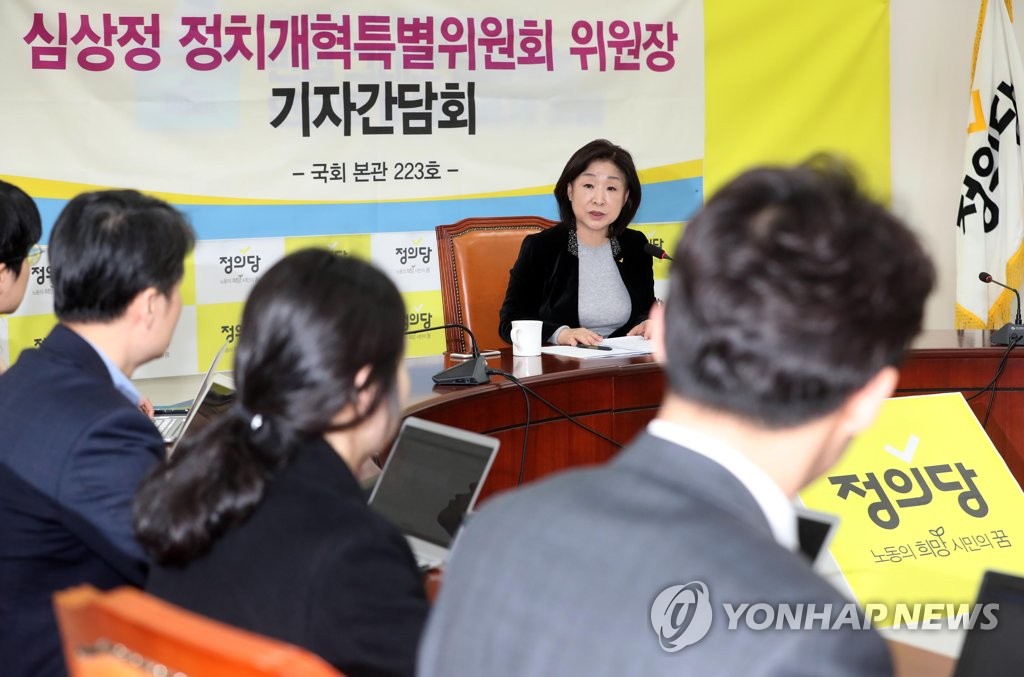