SEOUL, March 15 (Yonhap) -- After missing more than half of last season due to legal trouble, Kiwoom Heroes reliever Cho Sang-woo looks to be back in dominant form in preseason this year.

The only question is his place in the bullpen.

Cho threw a scoreless ninth inning in the Heroes' 8-3 victory over the Lotte Giants Thursday at Gocheok Sky Dome in Seoul. After giving up a walk and a single to start the inning, Cho induced a flyout and a game-ending double play ball. 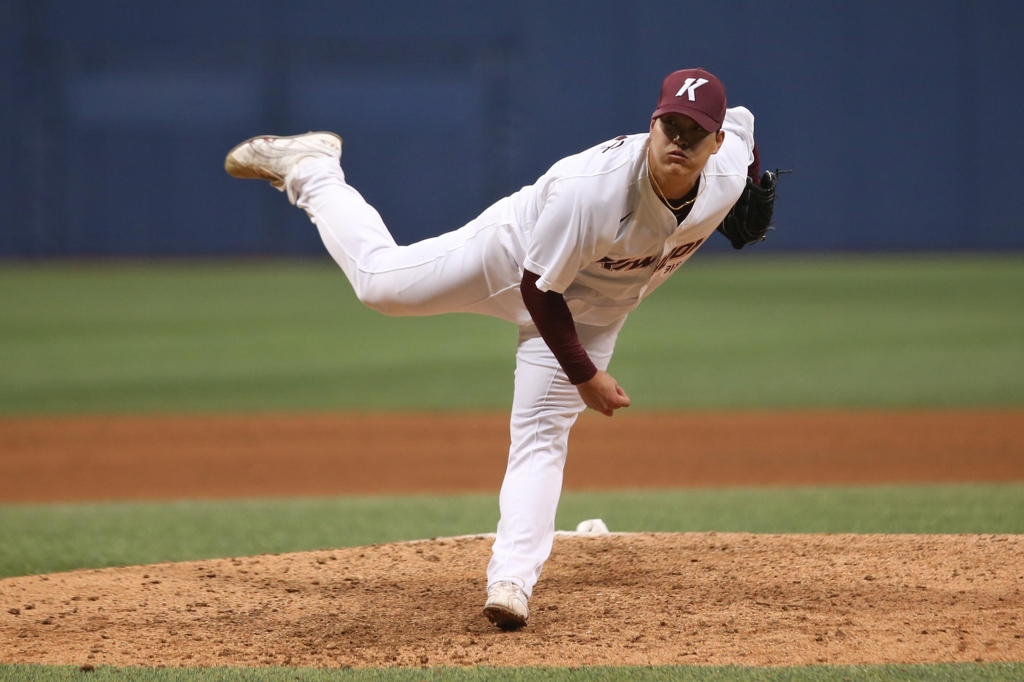 This was Cho's first preseason appearance of the season, and his first official Korea Baseball Organization (KBO) game since May 20 last year.

Three days after that game, Cho and his teammate, Park Dong-won, were accused of sexually assaulting an intoxicated woman at a team hotel in Incheon, 40 kilometers west of Seoul, during the team's road trip. The KBO promptly banned both players indefinitely.

Following months of investigation, prosecutors concluded on Jan. 28 that there wasn't enough evidence to indict the two. The league reinstated the two players early in February.

Cho had pitched in intrasquad games and unofficial practice games during spring training. And he looked to be in midseason form on Thursday, touching 151 kilometers per hour with his four-seam fastball. He averaged 149 km/h with his fastball, and 20 of his 21 pitches were four-seamers.

Cho had been the Heroes' closer at the time of his suspension, with a 1-2 record, nine saves and a 3.79 ERA in 18 appearances.

The right-hander has declined to speak to the media all week. After Thursday's game, Kiwoom manager Jang Jung-suk said Cho was a lot better than he'd expected.

"Cho lost some weight while he was away from the game, and I was worried whether it would affect his velocity," Jang said. "But I don't think that's been the case. I think he's prepared himself really well. The key is for him to get his feel back for live games."

"Both are capable pitchers, and it doesn't matter to us who will close out games," Jang said. "I am even thinking about using both as our ninth-inning guys."