SEOUL, March 15 (Yonhap) -- A senior North Korean official announced Friday that her regime is rethinking whether to continue nuclear talks with the United States and maintain a moratorium on missile tests, according to foreign news reports.

Speaking at an urgent meeting with diplomats and foreign media in Pyongyang, Vice Foreign Minister Choe Son-hui cited the U.S. attitude in the recent Hanoi summit.

"We have no intention to yield to the U.S. demands (at the Hanoi summit) in any form, nor are we willing to engage in negotiations of this kind," she was quoted as saying by Russia's TASS news agency.

The Associated Press also quoted Choe as saying that her country was deeply disappointed by the failure to strike an agreement in Hanoi late last month. 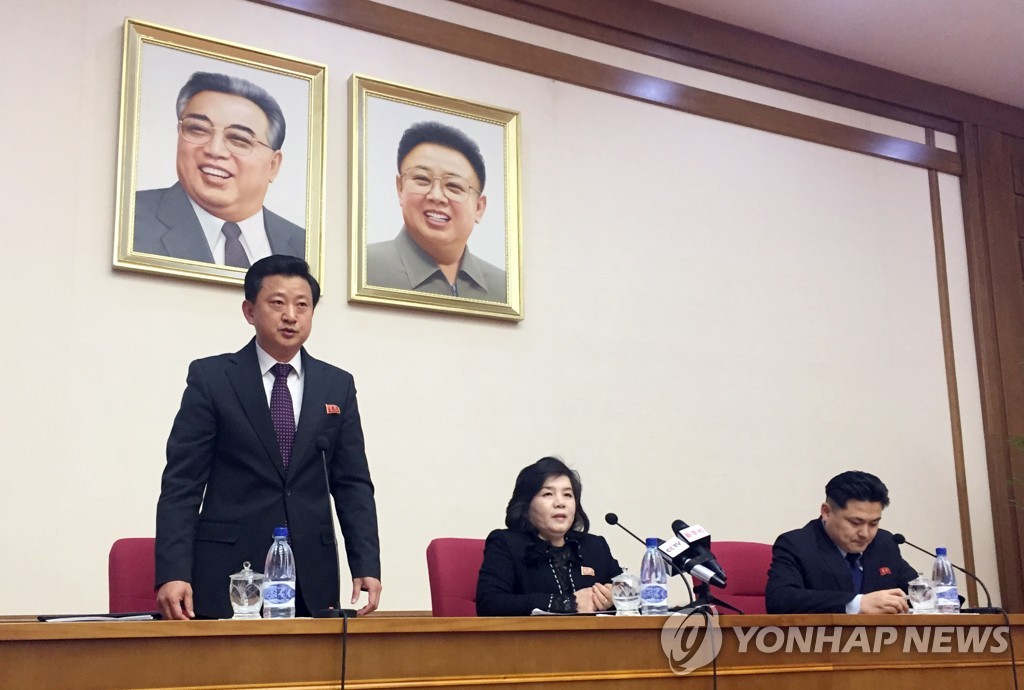 She urged the Trump administration to change tack and stressed Pyongyang has no intention of budging.

She added leader Kim Jong-un will soon decide whether to stay on the dialogue track and refrain from carrying out missile launches and nuclear tests.

It was not immediately clear if the veteran diplomat was just trying to put pressure on Washington or whether North Korea is seriously considering abandoning denuclearization talks.

Choe issued no direct criticism of the U.S. president and stressed that Trump and Kim have good chemistry.

"Personal relations between the two supreme leaders are still good and the chemistry is mysteriously wonderful," she said.

"(We) are keeping close tabs on the situation. (We) can't assess the current situation only with Vice Foreign Minister Choe's remarks," Cheong Wa Dae said.

Despite their no-deal second summit in the Vietnamese capital, the two sides have stated a willingness to keep negotiations alive.

U.N.-led sanctions were a major sticking point, with Pyongyang calling for the lifting of several Security Council sanctions against it in return for dismantling the Yongbyon nuclear complex under the monitoring of U.S. experts.

Trump, however, demanded Pyongyang do more in pursuit of a package deal. 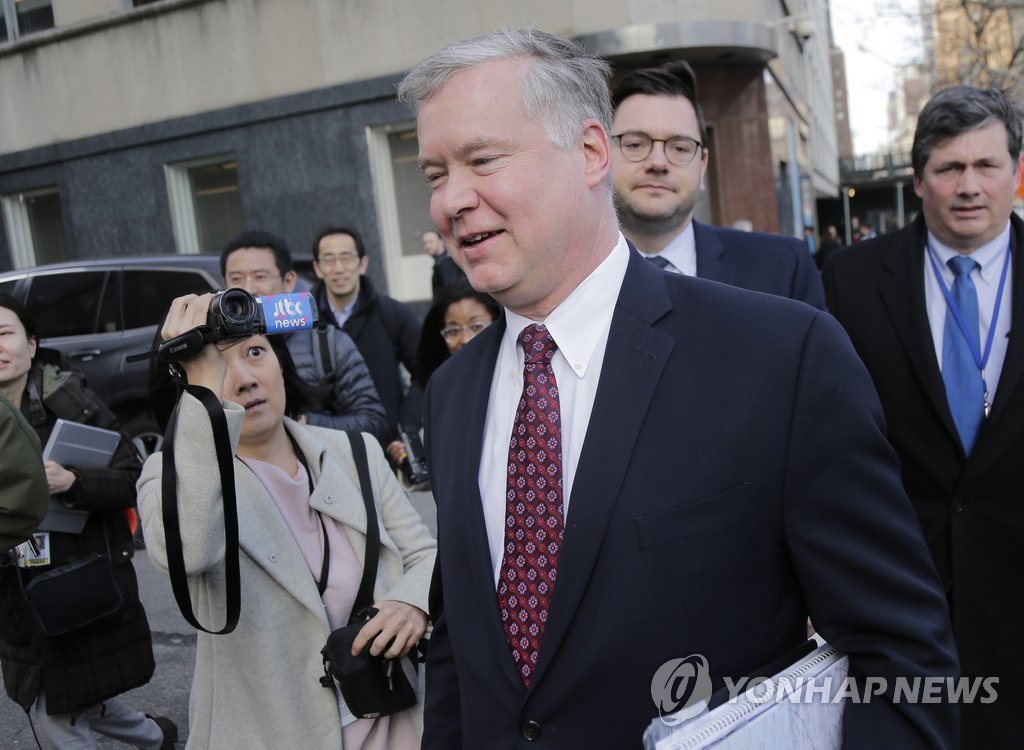 "(But) we are not going to do denuclearization incrementally. We need a total solution," he emphasized during a forum in Washington D.C., effectively passing the ball to North Korea.

Commercial satellite images, released by U.S.-based think tanks, suggested the North may be rebuilding its Dongchang-ri long-range rocket test site close to the border with China.

There have been reports of possible missile launch preparations there and separate activities at the Sanumdong missile research center near Pyongyang.

Moon Chung-in, South Korea's special presidential adviser for foreign affairs and national security, said if Pyongyang tries to use the reported missile activities as leverage in stalled nuclear talks, it would constitute a "bad move" that could be catastrophic.