SEOUL, March 15 (Yonhap) -- For Jake Thompson, former major league pitcher now plying his trade in the Korea Baseball Organization (KBO), the "Welcome to the KBO" moment came early -- and right from the field.

"I am used to it now, but the biggest thing was, in the first game, how loud the dugouts are," Thompson told Yonhap News Agency Friday, before his Lotte Giants took on hosts Kiwoom Heroes in preseason at Gocheok Sky Dome in Seoul.

"Everyone is chirping, cheering and clapping. In the States, everybody is a little more laid back. There might be one big moment in the game where they get loud, but not every single play," Thompson said. "Everybody's into it (here). They're watching. They're paying attention. And it's good." 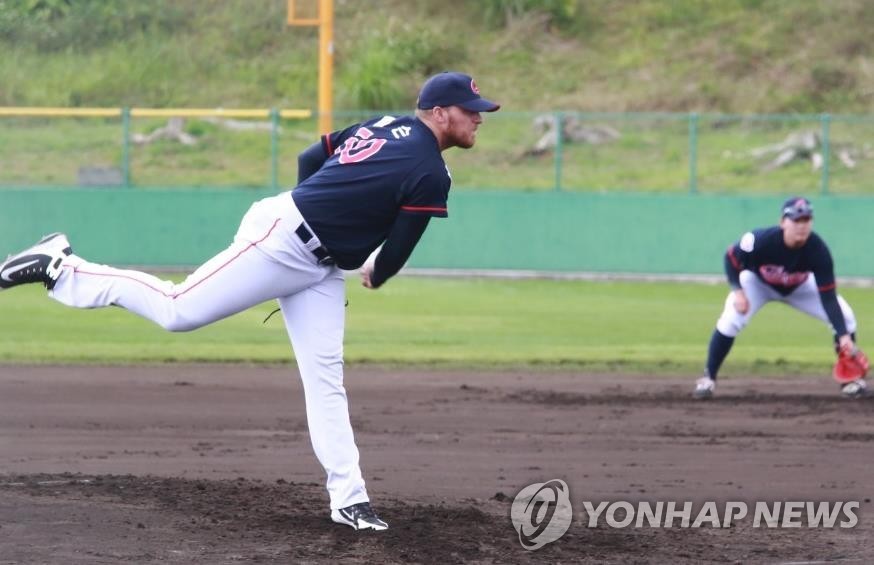 In his preseason debut Thursday against the Heroes, Thompson gave his new teammates a few things to cheer about -- namely, his six strikeouts in 4 2/3 innings.

But the 25-year-old right-hander also gave up three earned runs on five hits and four walks. His only three-up, three-down inning came in the fourth.

The third inning was a microcosm of the up-and-down nature of Thompson's start. He gave up a leadoff walk but struck out the next two batters. Thompson issued another free pass to put two men on board and allowed a two-run double to Jang Young-suk on a hanging curve.

The fifth inning went groundout-single-walk-strikeout. He was pulled with two outs in that inning, having thrown 48 of his 82 pitches for strikes. He offered four-seam and two-seam fastballs, curve, slider and changeup at Kiwoom hitters.

"My biggest thing was I wanted to get a bunch of pitches in. I'd have liked to have been a little bit more efficient and get through five (innings)," he said. "It's just (about) building up my workload. My stuff has been pretty good."

Having earlier pitched in three unofficial games in spring training in Okinawa, Japan, Thompson said KBO hitters tend to be "more contact oriented" than the ones he faced in the majors.

"(South Korean hitters) are pretty aggressive and a lot of the guys have good hand-eye coordination," he said. "They don't swing and miss a lot. They foul off good pitches. In the States, it's kind of gone to where the guys are only trying to do damage. They're not just trying to put the ball in play. There are a lot more guys here that are more contact oriented."

Thompson said he remains very much a work in progress as he tries to find his footing in the new league. Though he's been asked a few times about his goal for 2019, Thompson said he'll be patient with himself before he gets ahead of himself.

"I want to get through the first month of the season and see a few more teams to grow my understanding of the league a little more," he said. "I am going to try not to set anything (specific). I want to understand (the KBO)." 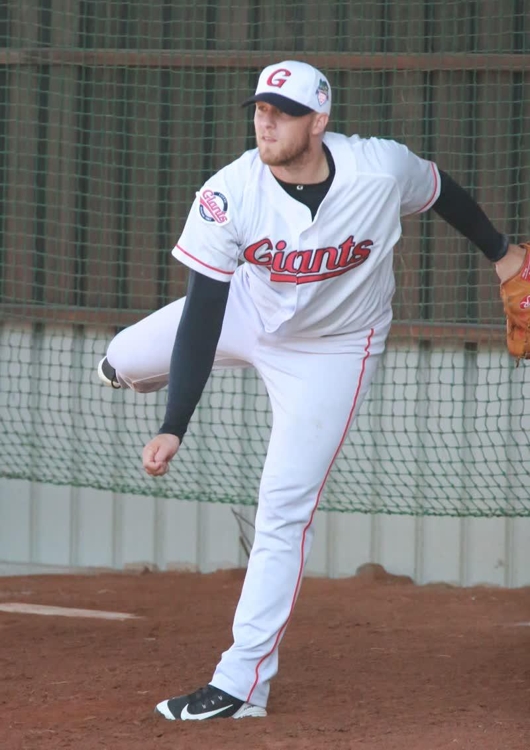 New American pitcher most surprised with raucous dugout in KBO

New American pitcher most surprised with raucous dugout in KBO