They all stood by Hyundai Motor's plan to deliver 3,000 won (US$2.60) per common share in dividends for its business performance in 2018 and stood against the 21,967 won per share proposed by U.S. activist hedge fund Elliott Management, information available on the webpage of the KCGS's Voting Information Plaza (vip.cgs.or.kr) showed.

CalPERS was the only investor which supported Elliott nominees, the Voting Information Plaza said.

Investors in Hyundai Motor will have a chance to vote on the proposals made by the company and Elliott at a shareholders meeting on March 22. 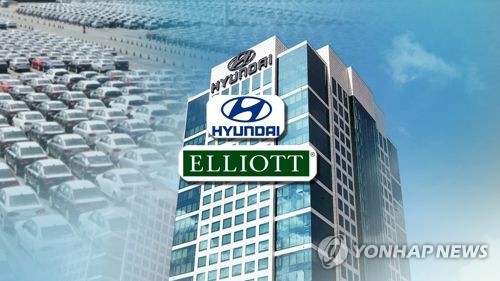