SHENYANG/HANOI, March 15 (Yonhap) -- China canceled an investor relations meeting on North Korea, slated for early March in a border city, immediately after the second summit between the North and the United States ended in failure in Vietnam in late February, a source said Friday.

The source said the meeting on investing in North Korea was scheduled to be held at a hotel in Shenyang in Liaoning Province on March 2 under the sponsorship of a provincial association on the development of small businesses but didn't take place. 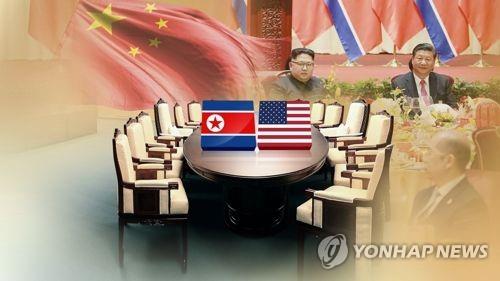 The investment briefing session was planned to be held in a small space only for those who received an invitation letter, and the North Korean consul general in Shenyang was scheduled to give a congratulatory address at the meeting, the source said.

But the Liaoning provincial association of small businesses, contacted by Yonhap News, denied any previous plan to hold a North Korea investment session in Shenyang.

In a related development, other sources in China said earlier this week that the Chinese government appears to be strengthening its visa control of North Korean workers, apparently in accordance with Washington's decision to maintain sanctions on the North.

According to the sources, China has recently toughened its visa control of employees of North Korean restaurants in border cities, including Dandong in Liaoning Province, by ordering workers whose visas have expired to return home by the end of this month.

North Korean restaurant workers have been staying in China for a long time with the connivance of Beijing to earn hard currency. Recently, however, the Chinese authorities have begun to strictly apply visa rules to the North Koreans, they said.

Contrary to the developments in China, meanwhile, North Korea is planning to participate in the annual Vietnam International Travel Mart to be held in Hanoi from March 27-30, local media reports said.

It will be the first time North Korea has engaged in its own tourism marketing abroad, an official of the Vietnam Tourism Association was quoted as saying.

The official said some Vietnamese tour companies are planning to send tourists to North Korea, noting that Vietnamese people's interest in traveling to the North has spiked since leader Kim Jong-un's official visit to Hanoi late last month.
(END)