SEOUL, March 15 (Yonhap) -- Lotte Giants right-hander Jang Si-hwan turned in yet another impressive spring start Friday as he closes in on a spot in the team's rotation.

Jang held the Kiwoom Heroes to a run in four-plus innings at Gocheok Sky Dome in Seoul, while striking out six and walking four. Jang left the mound with a 3-0 lead after facing one batter in the fifth, but his bullpen squandered the advantage and the Giants fell 4-3. 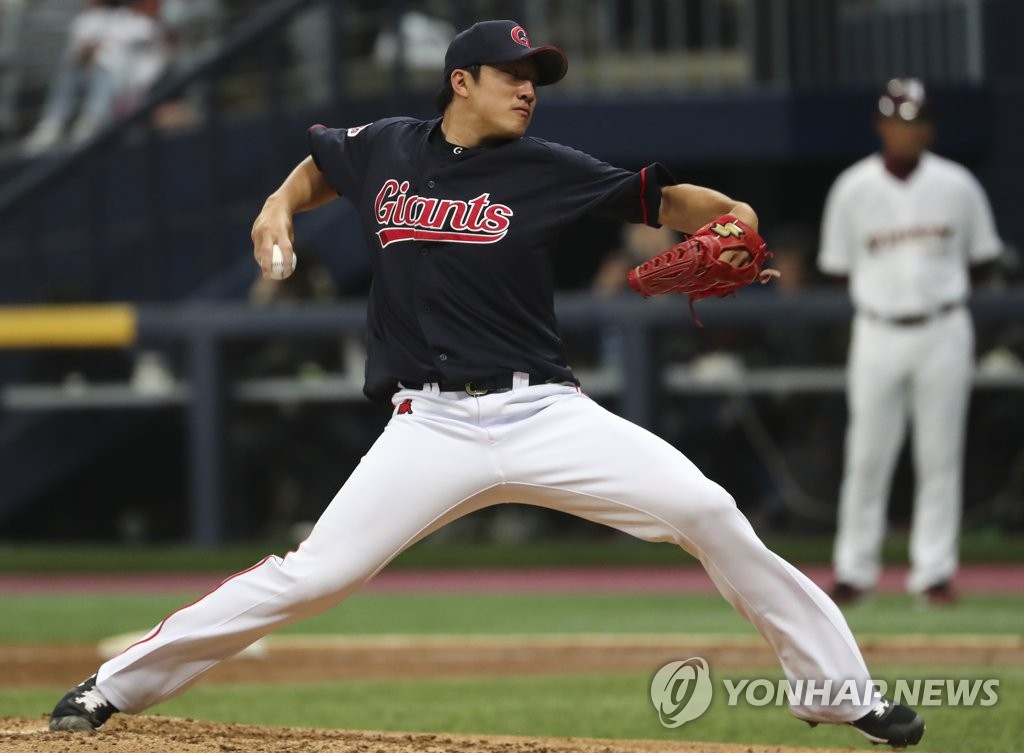 During spring training last month, manager Yang Sang-moon said he would turn Jang into a starting pitcher this year and would give him every opportunity in preseason to lock down a place in the rotation.

And Jang has made the most of that chance so far.

In two earlier starts during spring training, Jang combined for five shutout innings, giving up just one hit while striking out five and walking two.

On Friday, Jang kept the Heroes off the board for four innings of one-hit ball. He was lifted after giving up a double to Kim Hye-seong to begin the fifth, with the Giants leading 3-0.

Reliever Ko Hyo-jun served up an RBI double to Huh Jung-heop, and the run was charged to Jang. Ko ended up allowing two more runs that tied the score at 3-3 and cost Jang a victory.

Jang only allowed three balls to leave the infield and recorded at least one strikeout in each of the first four innings.

The meat of the Heroes' order, Park Byung-ho, Kim Ha-seong and Jerry Sands, were a combined 0-for-6 with three strikeouts against Jang. 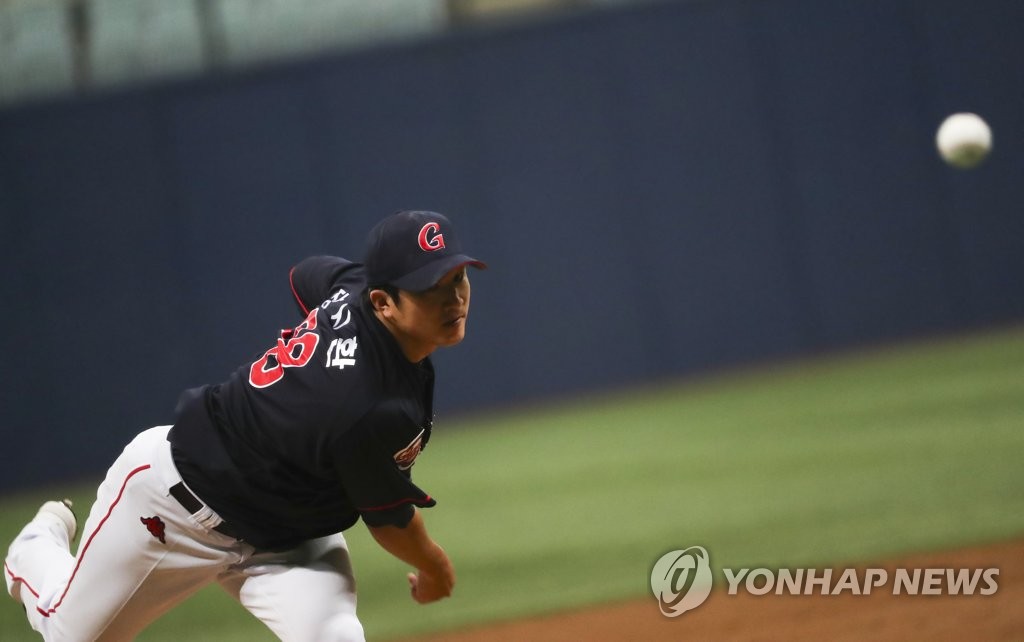 This was Jang's first start since March 1, and the pitcher admitted to being rusty on the mound.

"Overall, it wasn't a bad start, but I wasn't too happy with the walks I gave up," Jang said. "I tried to be more aggressive after those walks, and I still need to work on a few things."

Of the pitches he threw on this day, Jang said he was particularly pleased with his forkball.

"I only started throwing it recently," Jang said. "I was able to get guys to fan on it. That's the most positive takeaway from this game for me."

Yang, the manager, has said Jang has overpowering stuff but his struggles with command make him ill-suited for a bullpen role, especially when he has to come into a game with runners on base and a small margin for error. As a starter, Jang can take the mound with a mindset that he can give up a couple of runs over five or six innings and still keep the team in the game, the manager has said.