Choi Jong-hoon is suspected of having received and watched illegal video footage uploaded by Jung Joon-young, who is at the center of the gossip, through the mobile chat messenger KakaoTalk.

Seungri of K-pop boy band BIGBANG, Yong Jun-hyung of Highlight and Lee Jong-hyun of CNBLUE are known to have been members of a group chat.

"I will faithfully undergo investigation. I am very sorry to the public for causing concern," Choi said upon arriving at the Seoul Metropolitan Police Agency.

Choi is also accused of having asked a high-ranking police official to use his influence to prevent newspapers from covering his drunk driving incident three years ago. He has denied the accusation.

The 29-year old was kicked out of his boy band right after his involvement surfaced, while Seungri and Yong Jun-hyung have faced the same fate.

The scandal has put the local entertainment industry under fire, drawing criticism from a public dismayed at the news and creating a swirl of other rumors and speculation about who the women in Jung's videos might be. 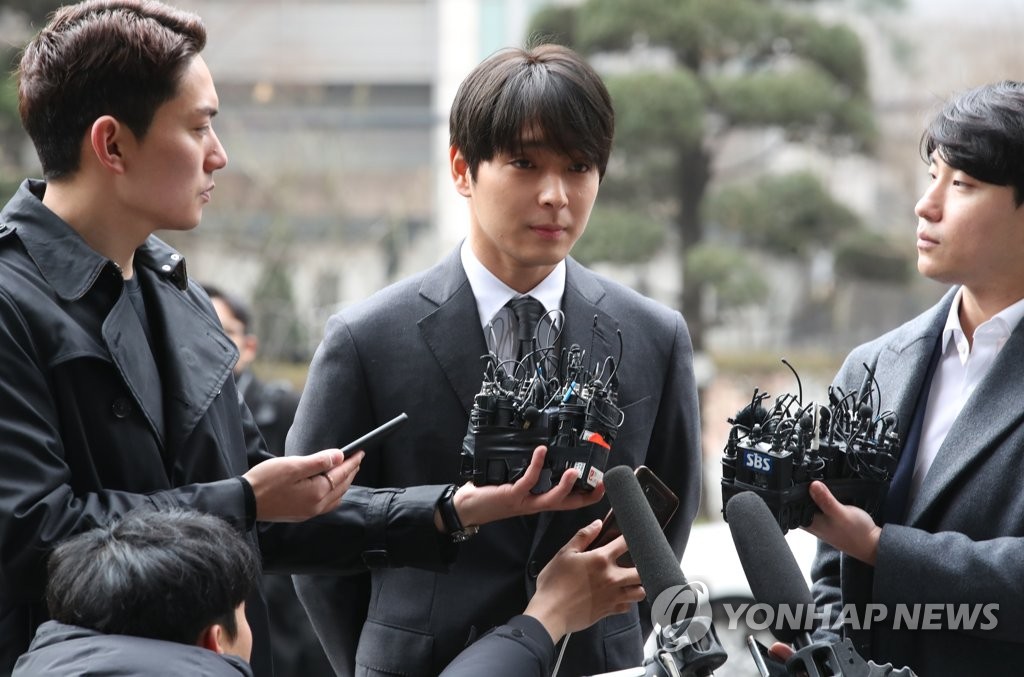