The combined market capitalization of the top five listed entertainment agencies plunged around 600 billion won (US$527 million) on Friday from last month, when the police kicked off an investigation into Seungri, a member of BIGBANG, on Feb. 26, on allegations that he arranged prostitution.

The boyband member is also being questioned for taking a part in running a night club where drugs and sexual violence were frequent.

While Seungri was contracted to YG Entertainment, market watchers said investors' appetite for entertainment shares fell amid the increasing uncertainties on the snowballing sex scandal.

Singer-songwriter Jung Joon-young also shared videos of 10 women he secretly filmed while having sex with them through a mobile chat room that also included Seungri and Lee Jong-hyun, a member of K-pop rock band CNBLUE of FNC Entertainment.

Choi Jong-hoon from FT Island, also from FNC Entertainment, was a member of the chat room as well.

"As new and unusual allegations continue to come up to the surface every day in relation to the latest sex scandal, investors' sentiment also deteriorated as they wish to avoid uncertainties," Yoo Sung-man, a researcher at HMC Investment Securities Co. said.

"It will take a long time for entertainment firms to regain investors' trust," Yoo added. 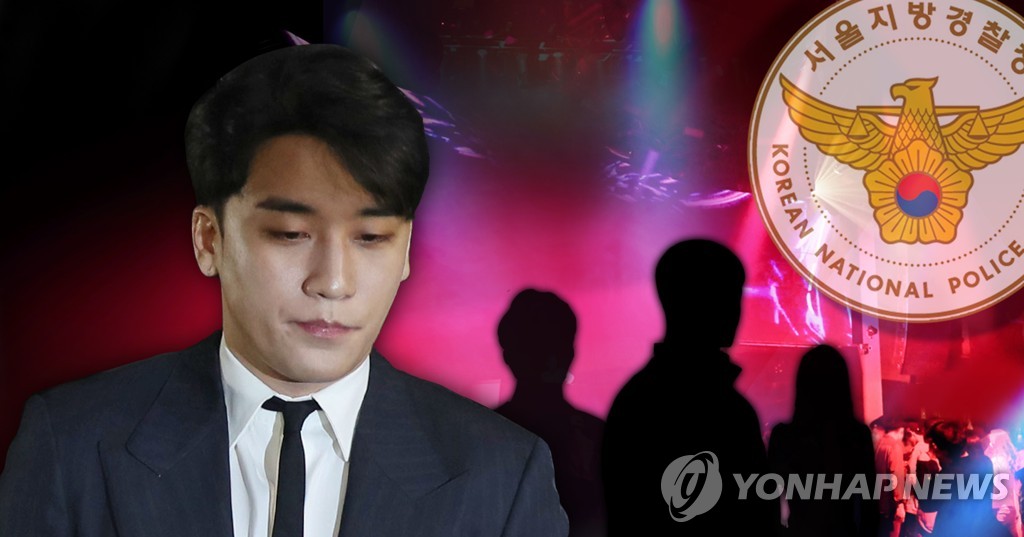