The saves mark is one of several milestones expected to be set during the 2019 Korea Baseball Organization (KBO) season. 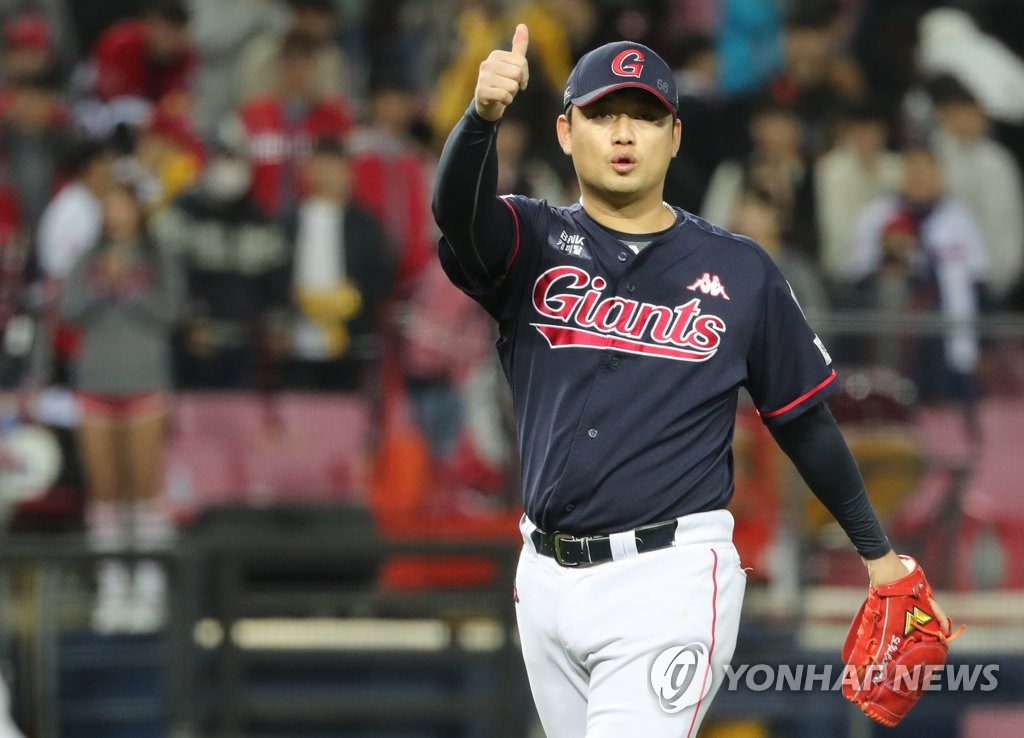 At 262 saves, Son, closer for the Lotte Giants, is 16 away from surpassing the current all-time record held by Oh Seung-hwan, currently of the Colorado Rockies. Oh recorded 277 saves in nine seasons with the Samsung Lions, and has been pitching overseas since 2014.

Son is entering his 12th season. He has picked up at least 20 saves in each of his past seven seasons, and barring injury, Son should break Oh's record at some point this season.

If Son reaches the 20-save plateau, he'll become the first KBO pitcher to have 20 or more saves in eight straight seasons.

Also on the milestone front, Lions outfielder Park Han-yi, the oldest active player at age 40, will try to set the record for most games played. 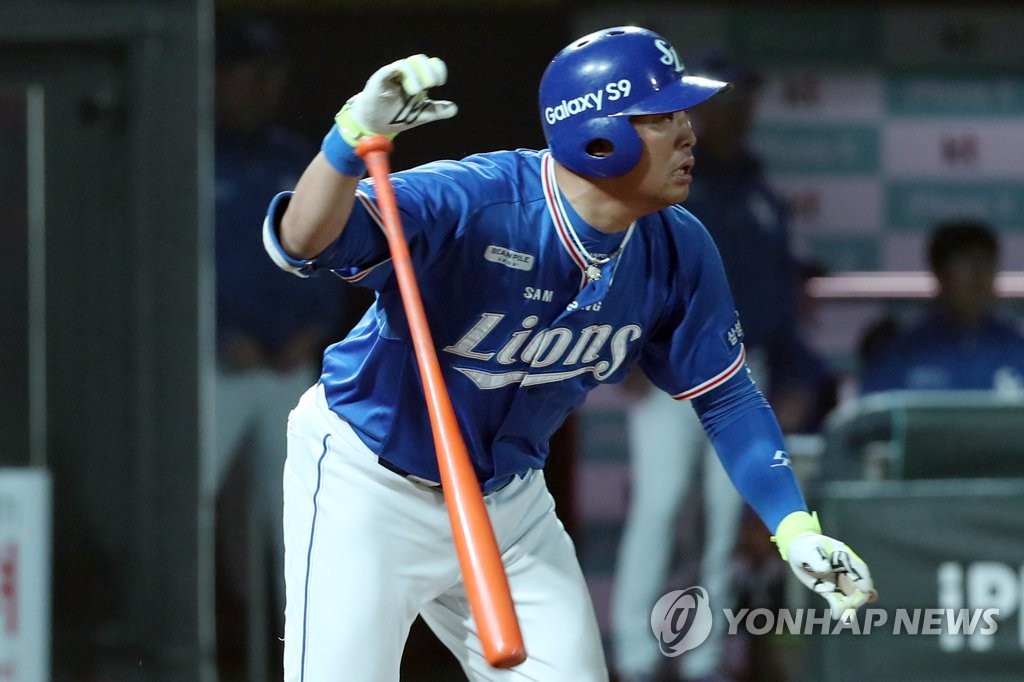 KBO teams each play 144 games. Park played in 114 games last year. The left-handed hitting veteran will be hard pressed to find regular time in the outfield and could be in a platoon at designated hitter spot with right-handed Kim Dong-yub.

At the plate, Park Byung-ho of the Kiwoom Heroes, Lee Dae-ho of the Giants and Choi Hyoung-woo of the Kia Tigers will all vie to become the first ever to drive in 100 runs for six consecutive seasons.

Park launched 52 and 53 home runs in 2014 and 2015, respectively, before signing with the Minnesota Twins. He rejoined the Heroes last year and blasted 43 home runs. 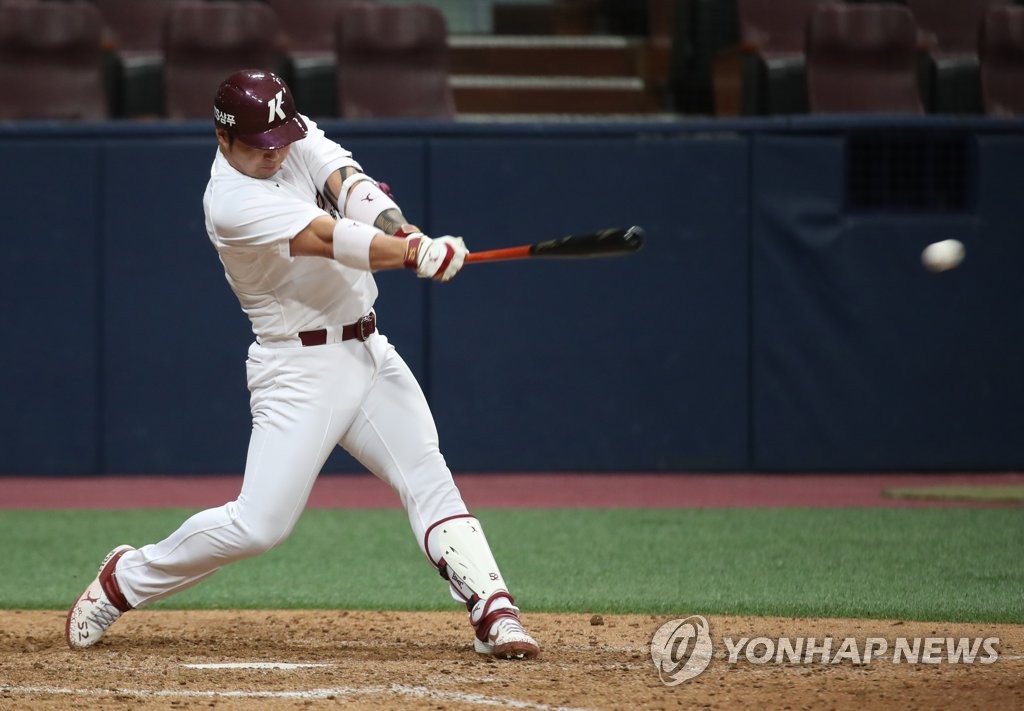