(ATTN: UPDATES with Pompeo remarks in other interviews in last 8 paras)

WASHINGTON, March 18 (Yonhap) -- Secretary of State Mike Pompeo said Monday that the United States and North Korea are trying to get the "sequencing" right in talks to end the regime's nuclear weapons program and open a brighter future for the country.

Pompeo made the remark in an interview with KCMO, a radio station based in Mission, Kansas, his home state, in the wake of North Korea's threat to abandon the talks.

Pompeo has rarely spoken of "sequencing," although he appeared to refer to the Trump administration's insistence that North Korea give up its nuclear arsenal upfront.

The North has called for a step-by-step dismantlement of its nuclear program in exchange for U.S. concessions, including sanctions relief.

"I can't say much about the details of the negotiation as those are important private conversations," the top U.S. diplomat said, when asked about the failure to produce an agreement at last month's summit between President Donald Trump and North Korean leader Kim Jong-un. "But it's clearly a range of issues around timing and sequencing and how it is we achieve this."

He said Trump's commitment to a brighter future for the North Korean people is "very, very real."

"But it must follow -- it has to follow the verified denuclearization of North Korea," he said. "And getting that sequencing right and getting it laid out in a way that each of the parties can agree to and take down the tension level along the North and South Korean border, it matters to the people of Japan and South Korea, our important partners, and it matters to the whole world." 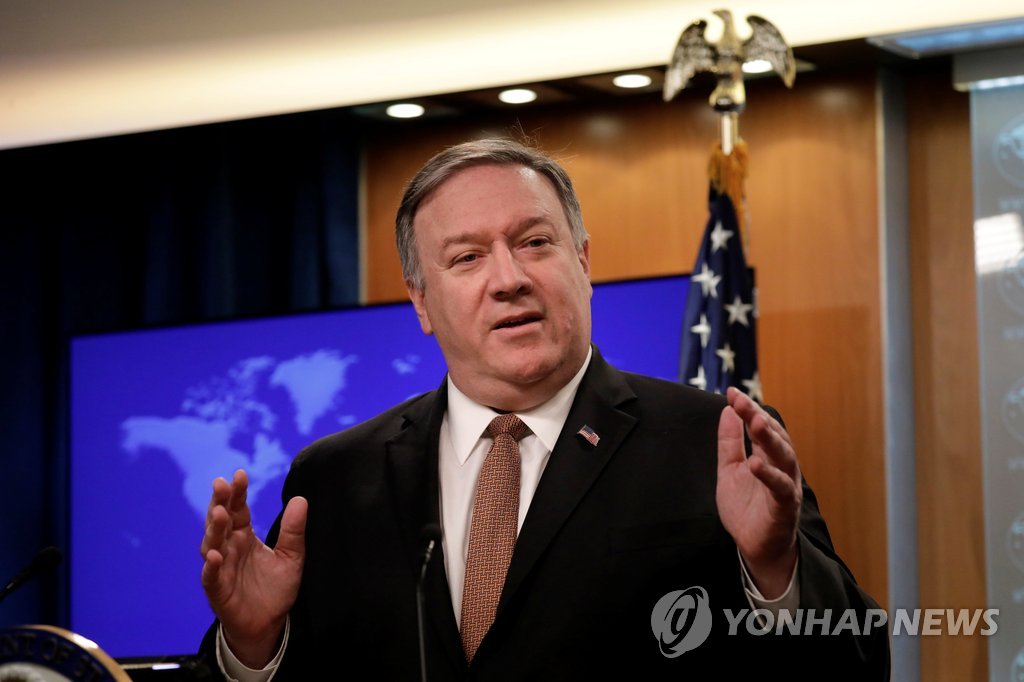 Trump and Kim met in Hanoi, Vietnam, Feb. 27 and 28 to flesh out an agreement they reached at their first summit in Singapore in June.

The agreement committed the North to work toward complete denuclearization of the Korean Peninsula in exchange for security guarantees from the U.S.

The second summit ended with no deal due to disagreements over the extent of North Korea's denuclearization and U.S. sanctions relief.

In a press conference in Pyongyang last week, North Korean Vice Foreign Minister Choe Son-hui said the regime is reviewing whether to continue the talks and maintain its self-imposed moratorium on missile and nuclear tests.

"We believe we're still moving forward. It's certainly difficult -- we knew it would be," Pompeo said in an interview with Kansas radio station B98 FM.

"We made a little bit more progress in Hanoi, now three weeks back, when President Trump traveled there to meet with Chairman Kim. We'll re-engage with him," he said.

In an interview with Kansas radio station KQAM, he admitted, "we still haven't made the progress we need to make on denuclearization."

"The conversations certainly continue. I hope we can achieve that," he added, noting that was Kim's "promise" to the world at his summit with Trump in Singapore.