SEOUL, March 19 (Yonhap) -- South Korea's Army Chief of Staff Gen. Kim Yong-woo will visit China this week to resume bilateral military exchanges that have been stalled since the 2016 announcement of a decision to install a U.S. missile defense system in South Korea, his office said Tuesday.

On Wednesday, Kim will begin his four-day trip to Beijing and Shanghai for talks with top Chinese defense officials, including Gen. Han Weiguo, the commander of the People's Liberation Army Ground Force.

Defense exchanges between the two countries had been suspended since July 2016, when Seoul and Washington announced their plan to deploy a Terminal High-Altitude Area Defense (THAAD) battery to South Korea.

China apparently believes that the deployment of the U.S. military asset would undermine the regional security balance, and that a powerful THAAD radar system could be used to spy on its military.

"During high-level talks with Chinese officials, (Kim) will discuss ways to restore the two countries' defense cooperation and resume existing military exchanges," the Army said in a text message to reporters.

In Shanghai on Saturday, Kim plans to visit a memorial hall for Yun Bong-gil, a Korean independence fighter who was executed in 1932 for throwing bombs at Japanese military officials in the Chinese city in protest Japan's colonial rule. He will also visit the site of Korea's provisional government there.

The two countries also plan to hold defense-ministerial talks in May for the first time in 19 months. 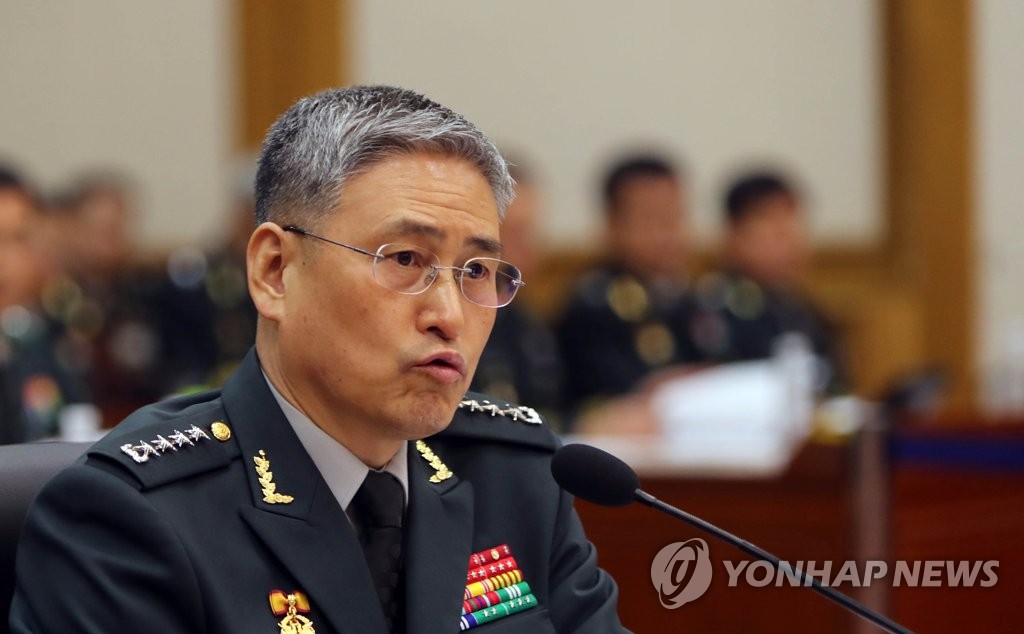