BEIJING, March 19 (Yonhap) -- North Korea's ambassadors to China, Russia and the United Nations returned to Pyongyang on Tuesday, a source said, spurring speculation that Pyongyang could review its nuclear negotiating strategy following the breakdown of last month's summit with the United States.

According to the source, North Korean Ambassador to China Ji Jae-ryong, Ambassador to Russia Kim Hyong-jun and Kim Song, Pyongyang's top envoy to the U.N., headed to Pyongyang on an Air Koryo flight from Beijing on Tuesday afternoon. About 10 North Korean diplomats, including the ambassadors, were seen at the airport.

Their return could be aimed at attending an annual meeting of the North's overseas diplomatic mission chiefs, the source said. But the North could use the opportunity to brainstorm ideas about its negotiating strategy with the United States.

North Korean leader Kim Jong-un and U.S. President Donald Trump met in Hanoi in late February for their second summit but failed to reach a nuclear deal as they were miles apart on how to match Pyongyang's denuclearization steps with sanctions relief from Washington.

Washington has been calling for tightened sanctions against Pyongyang ever since, demanding more tangible denuclearization steps.

In a letter recently sent to U.N. Secretary-General Antonio Guterres, Amb. Kim called for the lifting of sanctions, saying that North Korea could not hold a U.N. conference in September due to such restrictions.

Some speculate that the North Korean diplomats might be heading to Pyongyang in order to attend a meeting of foreign mission chiefs or take part in the first session of its newly elected parliament slated for April. 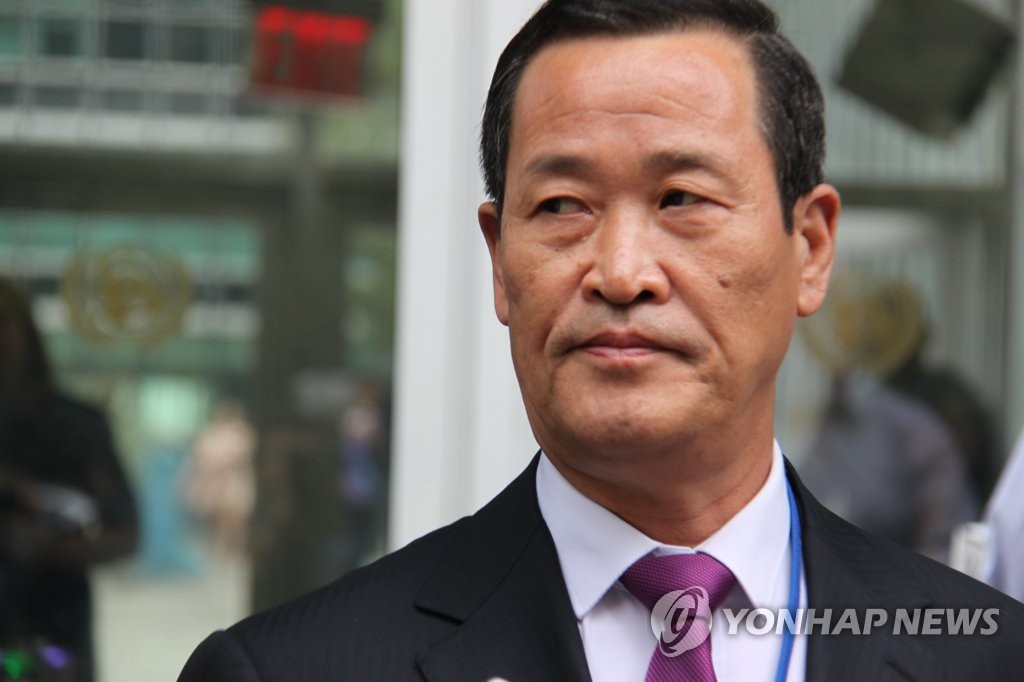