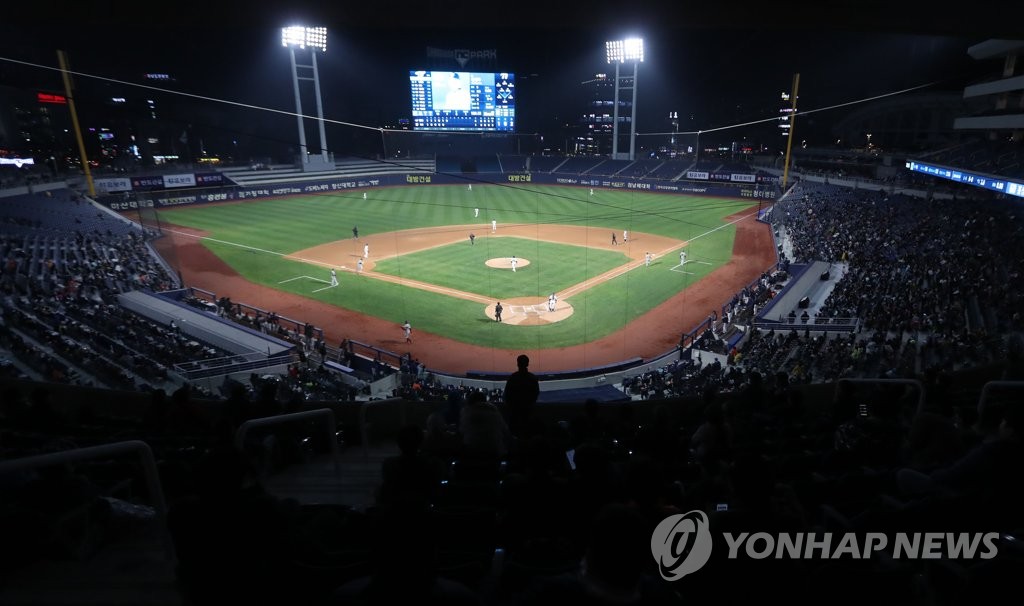 This was the first official game played at the brand new Changwon NC Park in Changwon, 400 kilometers southeast of Seoul. The Dinos joined the KBO in 2013 and had been playing at Masan Baseball Stadium, which opened in 1982 and was renovated in 2012 to accommodate the expansion club.

The Eagles, though, set most of the "firsts" at the 22,000-seat stadium, including the first hit, run, home run and stolen base. The Eagles' American left-hander Chad Bell became the first winning pitcher at Changwon NC Park after holding the home team to a run on five hits in 5 1/3 innings.

With one out in the top of the first, Song Kwang-min picked up the inaugural hit at the park, though he was thrown out at second base trying to stretch it to a double. Jared Hoying then drew the first walk, followed by Kim Tae-kyun's RBI double.

In the top of the second, Kim Min-ha launched the first home run at the new stadium with a solo shot that cleared the left field wall. Hoying joined the fray with a solo blast of his own in the fifth inning that gave the Eagles a 4-1 cushion. 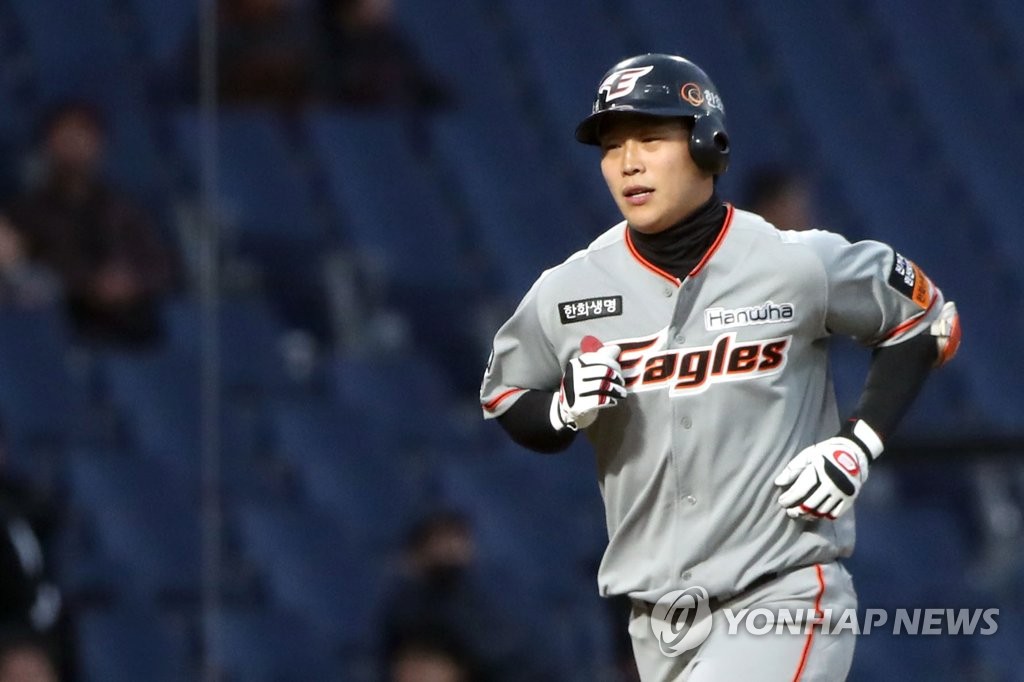 Before 6,400 fans in the stands, the Dinos scored a run each in the bottom first and seventh, but the Eagles picked up a run in the top ninth on a throwing error by third baseman Ji Seok-hun.

NC's new catcher Yang Eui-ji, a prized free agent acquisition over the winter, allowed three steals, including two by Hoying. Playing for the Doosan Bears last year, Yang led all catchers with at least 100 games played by throwing out 37.8 percent of would-be stealers.

The Dinos suffered another kind of loss on the mound, as starter Koo Chang-mo was forced to leave the game after just one inning with a right oblique strain.

They can ill afford to lose another player for the long term after slugger Na Sung-bum suffered a torn left oblique last week. He's been ruled out for three weeks.