SEOUL, March 20 (Yonhap) -- Tommy Lasorda, former manager of the Los Angeles Dodgers, once said, "The saddest day of the year is the day baseball season ends."

For fans of the Korea Baseball Organization (KBO), their mourning period will be the shortest to date, with the latest conclusion to a season on Nov. 12, 2018, to be followed by the fastest start to a season on Saturday, March 23. 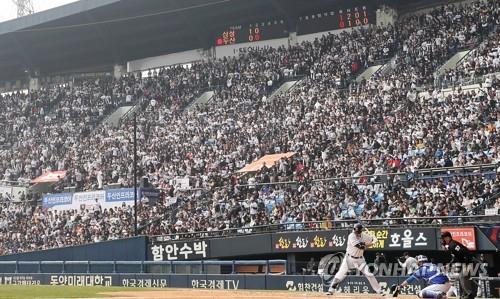 The 2018 season was interrupted by the Aug. 18-Sept. 2 Asian Games in Indonesia, where KBO stars represented the country and brought home the gold medal. This year, the national team will play in the Premier 12, the first qualifying event for the 2020 Tokyo Olympics, in November. To accommodate the schedule, the KBO decided to open the regular season earlier than it ever has in its 37-year history.

The SK Wyverns knocked off the Doosan Bears in last year's Korean Series to win their first championship since 2010. And they'll look to pull off a feat last accomplished by the Bears in 2015-2016 -- winning back-to-back titles.

The Wyverns have retained most of the core of their championship team, though the few changes that they made are rather significant.

Former general manager Yeom Kyung-yup has come down from the front office to replace former manager Trey Hillman, who left the club after two seasons to spend more time with his family in the United States. Merrill Kelly, a front-end starter for four seasons, signed with the Arizona Diamondbacks over the offseason.

The Wyverns will bring back most of the big bats that led the league with 233 home runs in 2018 and a record 234 homers the previous season. 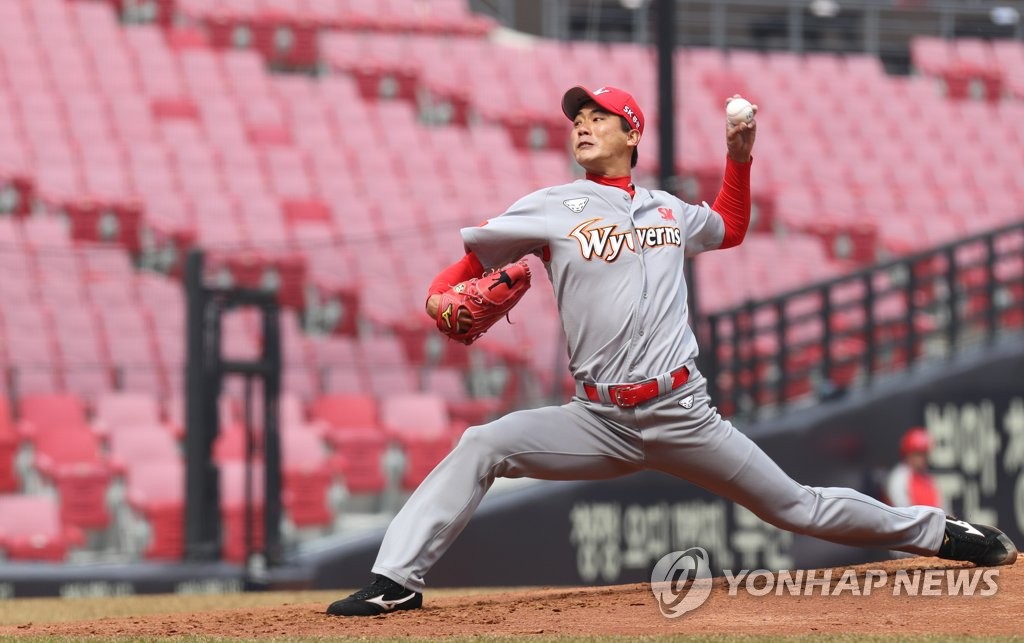 The Bears ran the table during the regular season last year with 93 wins, 15 more than the Wyverns, but bowed out in six games in the Korean Series. It was their second-straight runner-up finish.

The departure of All-Star catcher Yang Eui-ji to the NC Dinos via free agency could hurt the Bears on both offense and defense. But the management has faith in the sixth-year backstop Park Sei-hyok to at least fill the void behind the plate.

In addition to being one of the top defensive catchers, Yang also flashed 20-homer power at the plate. Park will not likely match Yang's offensive numbers, meaning outfielder Kim Jae-hwan, the reigning league MVP, must keep producing at his 40-homer, 130-RBI level and others will also have to pick up the slack.

They still boast a strong rotation led by Josh Lindblom and Seth Frankoff, both returning for their second season with the team.

The Kiwoom Heroes have emerged as a trendy pick. They have a deep lineup that offers a lethal combination of power and contact ability, with Park Byung-ho, chasing his fourth consecutive 40-homer season, expected to bat second and provide some punch before other mashers like Jerry Sands and Kim Ha-seong.

New left-hander Eric Jokisch has been solid in two preseason outings, holding opponents to one earned run over 9 2/3 innings while scattering 11 hits. Jake Brigham is back for his third season after ranking among the league leaders in ERA and strikeouts last year. Homegrown right-handers Choi Won-tae and An Woo-jin will join the two Americans to form potentially one of the KBO's best rotations. 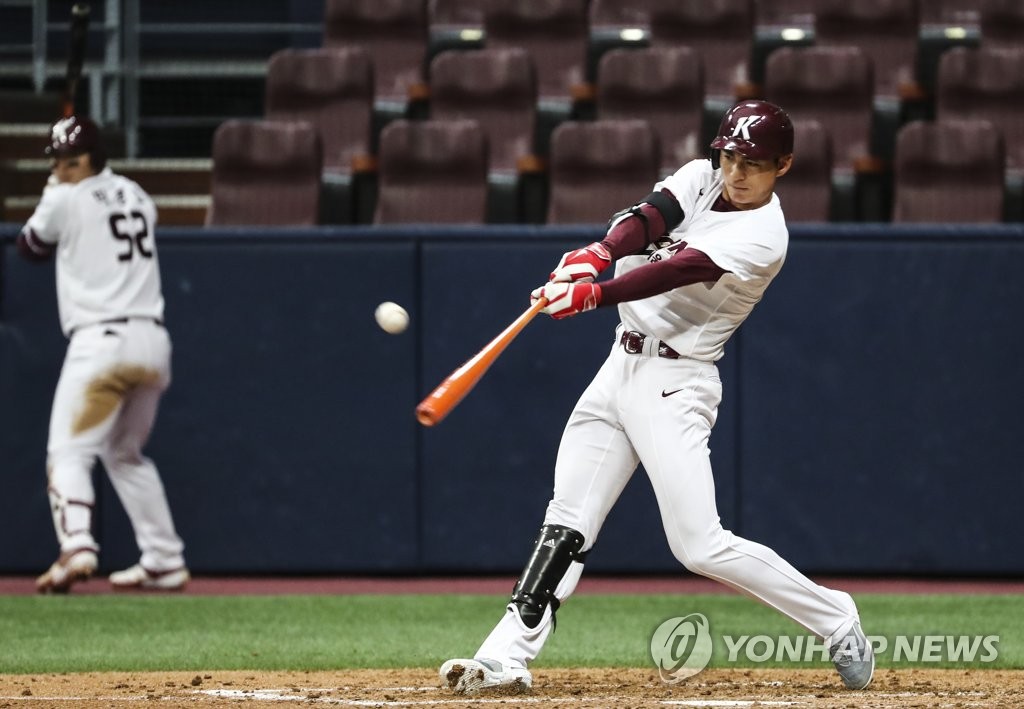 Barring major injuries, those three clubs should be locks for the first three playoff spots. The battle for the remaining two spots will be wide open among the seven other teams.

The Hanwha Eagles, which ended an 11-year postseason drought last year, will look to return to the stage, though they're already dealing with a major distraction following a recent trade request by veteran Lee Yong-kyu.

A long-time leadoff hitter, Lee has apparently balked at getting sent down to the No. 9 spot in the order and being asked to move from center field to left field.

The Dinos had their streak of four consecutive playoff appearances snapped last year in the worst possible way, as they finished dead last for the first time in franchise history. Under first-year manager Lee Dong-wook, the Dinos will look for a fresh start at their new 22,000-seat stadium, Changwon NC Park.

Since finishing in second place in 2015, the Samsung Lions have missed three straight postseasons. The slide could end this year, if two new pitchers, Justin Haley and Deck McGuire, live up to their preseason hype and slugger Darin Ruf puts up another monstrous season.

The Lotte Giants brought back their former manager Yang Sang-moon, in hopes of returning to the playoffs after missing out in 2018. The Kia Tigers only squeezed into the playoffs last year after winning it all in 2017 and will rely on their three new foreign players -- pitchers Joe Wieland and Jacob Turner and outfielder Jeremy Hazelbaker -- to get them to the promised land.

The KT Wiz, entering their fifth season, have finished either ninth or 10th in every season of their existence so far. Hoping to avoid the same fate in 2019, they have replaced veteran pitchers Dustin Nippert and Ryan Feierabend with William Cuevas and Raul Alcantara. 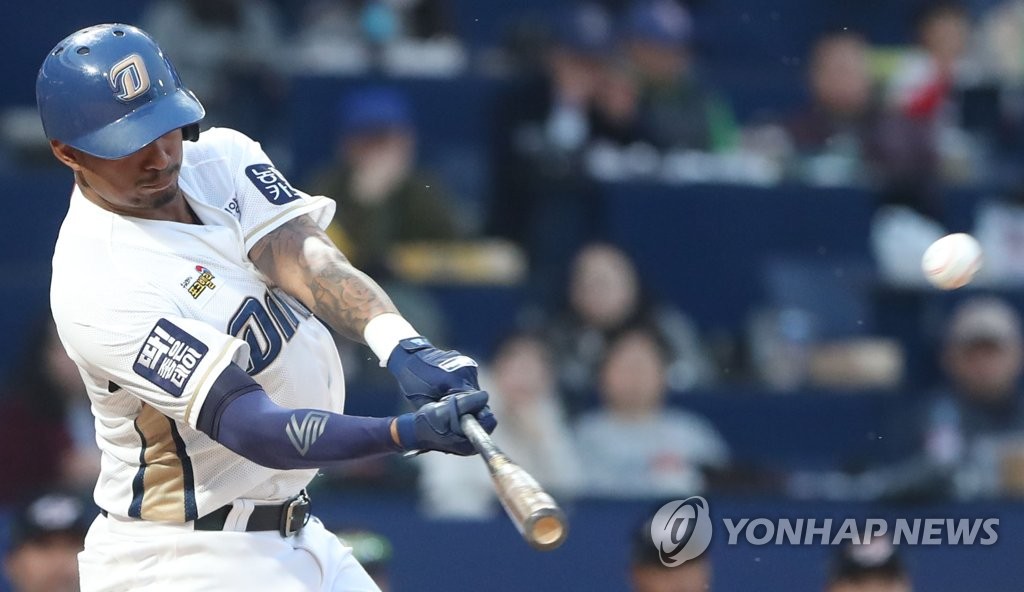