The South Korean tech giant announced its business plan during a shareholder meeting, the first since a 50:1 stock split in May, which was aimed at making it easier for retail investors to purchase stakes in the firm.

The world's largest handset and memory chip maker said it posted 244 trillion won (US$215.8 billion) in sales and 59 trillion won in operating profits last year on a consolidated basis, posting record high profits driven by the boom in memory chips.

But Samsung vowed to step up its innovations to overcome business challenges amid falling prices of memory chips and flattening global demand for new smartphones. 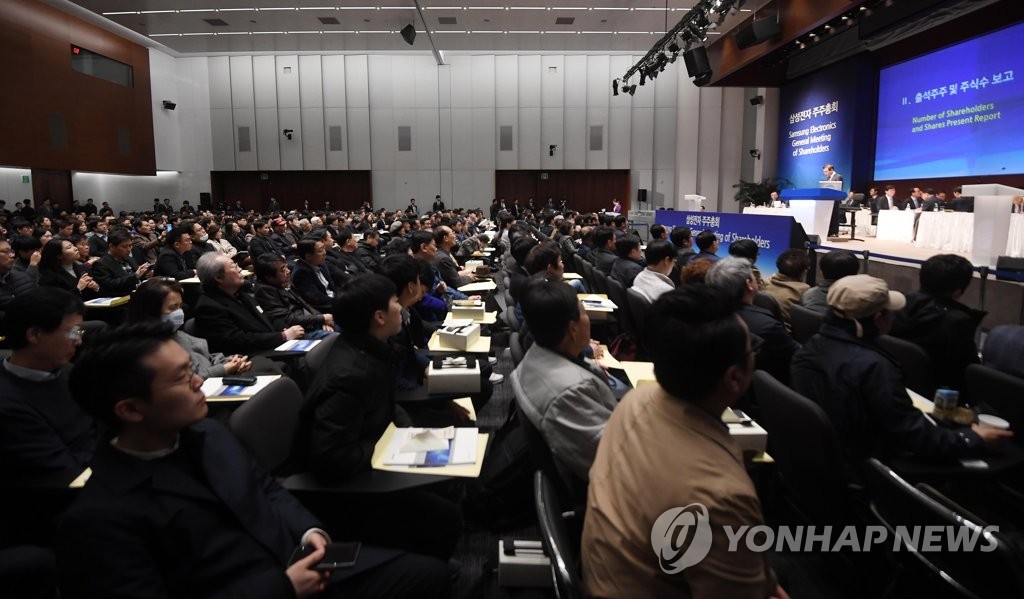 "The company plans to push for profound innovations across the divisions as the unfavorable business environment is expected to continue this year," Kim Ki-nam, vice chairman of Samsung Electronics, said in the meeting, at the headquarters in southern Seoul, attended by about 1,000 investors. "We will continue to release innovative products in our home appliance and IT and mobile communication divisions to expand our market-leading position."

To get ahead in the fast-changing tech industry, Samsung said it will expand investment in burgeoning tech segments to propel growth.

"We will focus on new, promising businesses, such as AI and 5G, to bring meaningful changes and will actively respond to new business opportunities," Kim said.

"Merger and acquisitions related to 5G business are currently underway," DJ Koh, head of Samsung's IT & mobile communications division, said, without going into details. "Samsung has end-to-end 5G solutions, ranging from equipment, devices and chipsets. We have been stepping up efforts to win equipment contracts in India, Japan, Europe."

Samsung launched three variants of Galaxy S10 earlier this month, and plans to release its first 5G model next month. Its first foldable device, the Galaxy Fold, will be available in late April in the U.S. market at a price of $1,980 and its 5G variant is expected to hit the domestic market in mid-May.

QLED TVs are LED TVs that use quantum dots to enhance performance in key picture quality areas, with an image resolution four times more vivid than its 4K counterparts.

"The global competition in the consumer electronics market is expected to intensify this year in light of increased adoption of big data, cloud, AI-enabled voice recognition and Internet-of-Things," Kim said. "Samsung will expand 8K QLED, ultra-large screens and life style products to bolster the leadership in the premium TV market."

Samsung said it completed the stock repurchase program in December and plans to pay 9.6 trillion won in dividends to shareholders this year.

According to the Korea Securities Depositories, the number of the company's shareholders was estimated at 788,000 as of end-2018, up some five times from a year earlier.

During the meeting, several retail investors complained about the poor stock performance since the stock split, urging company executives to come up with measures to boost share prices. 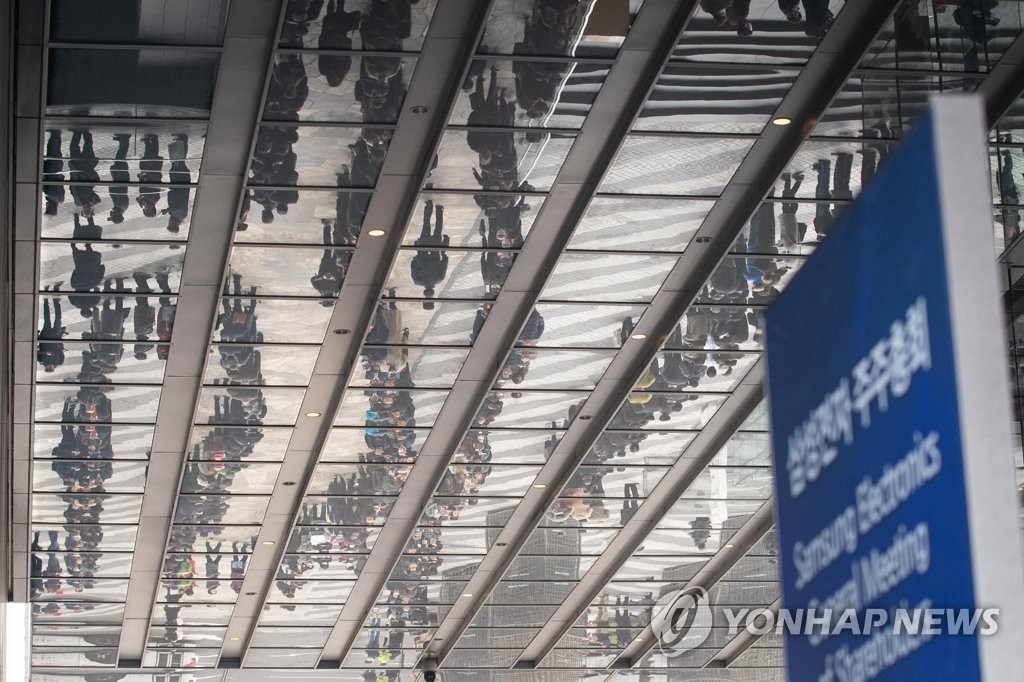 The market consensus of Samsung's operating profit for the January-March period stands at 8.33 trillion won (US$7.36 billion), down about 47 percent from a year earlier, according to corporate tracker FnGuide.

Analysts further painted a gloomy picture of their earnings for the remaining quarters, saying their operating profits are unlikely to rise on-year.