YEOSU, South Korea, March 20 (Yonhap) -- Two sailors were killed and another injured after a fire broke out on an oil tanker off the southern coast of South Korea on Wednesday, rescue officials said.

The 494-ton ship caught fire at about 5:40 a.m. in the waters about 5 kilometers off Odong islet in South Jeolla Province, some 322 kilometers south of Seoul, according to the Coast Guard.

The two sailors, identified by their surnames, Kim, aged 68 and 70, were found dead inside the pilothouse. The chief engineer, surnamed also Kim, suffered burns and was sent to hospital.

A total of six people were aboard the ship. Four others escaped shortly after the accident.

The blaze did not spread to other parts of the ship as the rescue team managed to safely contain the fire in about four hours.

The Busan-bound vessel was carrying about 10,000 tons of bunker fuel C oil and heavy oil.

The Coast Guard is investigating the scene to determine the exact cause. 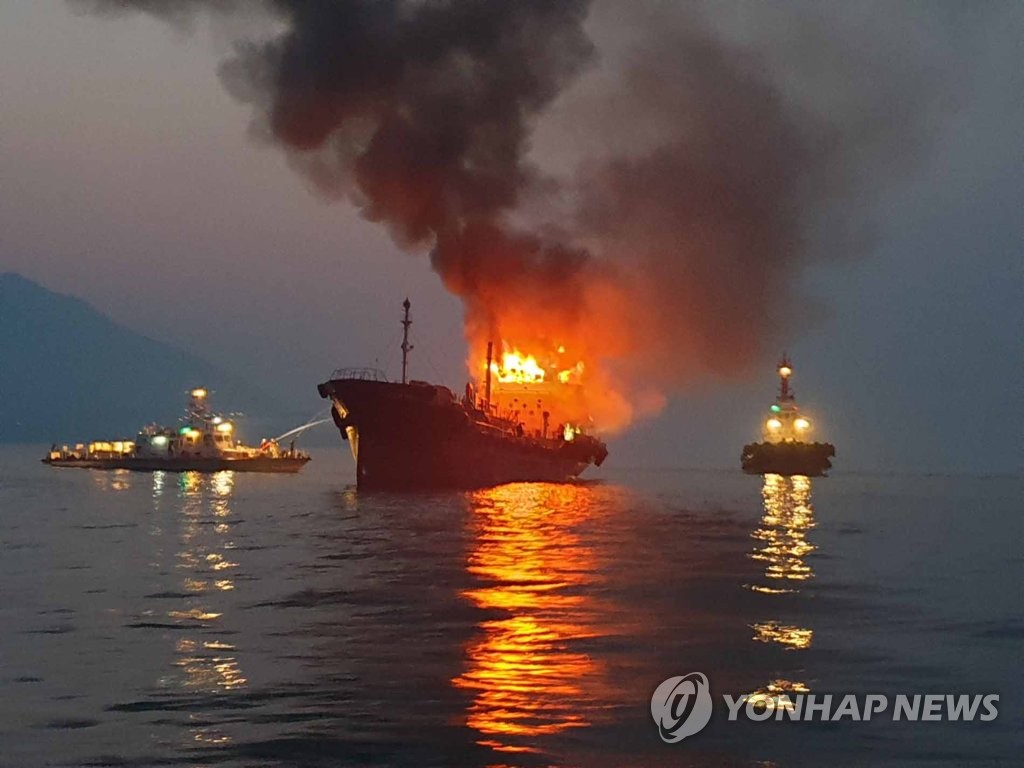 2 killed, one injured in oil tanker fire off southern coast

2 killed, one injured in oil tanker fire off southern coast