SEOUL, March 20 (Yonhap) -- South Korea's financial imbalance caused by years of low interest rates is one of the most pressing issues, with the country still remaining outside the "safety zone," a member of the monetary policy board said Wednesday.

"Economic players have expended their financial leverage, which has been pouring into the real estate market, in recent years," Lee Il-houng of the Monetary Policy Board under the Bank of Korea (BOK) said in a luncheon meeting with reporters.

"The financial imbalance is not limited to the real estate market, and other industrial sectors can experience it," Lee said. He is known to be the most hawkish member on the seven-person BOK panel.

A financial imbalance, stemming from excessive liquidity and asset price bubbles, has been a hot potato in South Korea as household credit surpassed 1,500 trillion won (US$1.33 trillion) in the middle of last year on a property boom.

The BOK has lifted the policy rate two times in the past two years, citing a financial imbalance and massive household debt.

In the fourth quarter of last year, household credit rose 5.8 percent on-year, marking the slowest increase since the second quarter of 2014, when the housing market started to show signs of overheating.

Lee concurred that household debt growth has decreased but remained cautious about the level of the imbalance.

"The pace of accumulation of the financial imbalance is slowing thanks to government policies," the BOK member said. "But its level is still too high to say that we have reached safety."

The official did not elaborate on the exact level of the safety zone that can be viewed as having reached a financial balance. 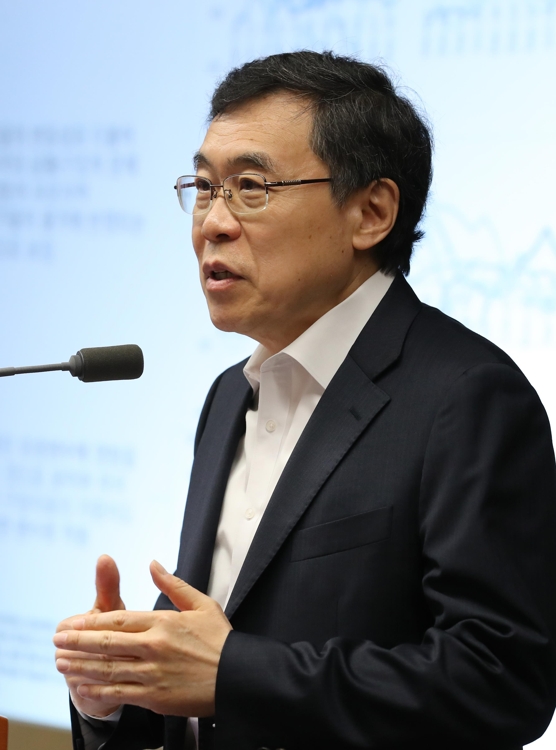