The massive loan package is aimed at revitalizing the nation's sluggish economy at a time when the economy faces downward risks, including weaker domestic investment and global trade disputes.

The FSC will also improve financing mechanisms to enable such firms to borrow or raise funds based on their growth potential.

"To support innovative growth, the financial industry needs to be changed in an innovative manner," Choi said. 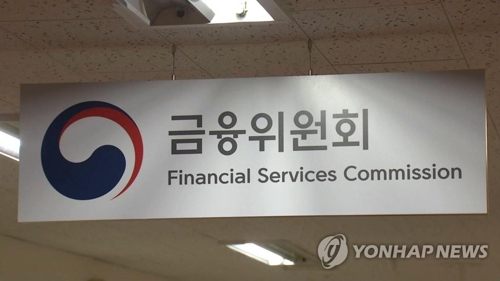 The FSC will encourage financial firms to adopt risk-taking culture to make more loans to start-ups and SMEs with limited collateral, Choi said.

As part of measures to promote biotechnology and new digital industries, including financial technology and artificial intelligence, the FSC said it will ease listing rules for them.

By softening rules, the FSC aims to help 80 firms in biotechnology and new digital industries list their stocks on the KOSDAQ market over the next three years.

In a move to prop up local stock markets, the FSC said it will cut the tax rate for stock transactions this year.

The trading tax for the KONEX market will be cut to 0.1 percent from 0.3 percent, the commission said.

The Korean economy, which is heavily dependent on exports, grew by a six-year low of 2.7 percent in 2018 due to sluggish corporate investment. The Bank of Korea has expected the economy to grow 2.6 percent in 2019.

Last year, the FSC unveiled a set of measures to allow companies to secure loans using their movable assets, including intellectual property and half-finished goods, as collateral.

Under the measures, intellectual property, as well as a company's claims to future sales, can be used as a means to secure loans, the FSC said.

By expanding policy loans, the FSC said it will help speed up restructuring of the corporate sector and create some 170,000 jobs.

In January this year, the government launched a financial support program worth 15 trillion won over the next three years to support small firms' investment in equipment, environmental safety facilities and business reshuffling.