SEOUL, March 21 (Yonhap) -- A Seoul court issued a warrant on Thursday to arrest Jung Joon-young, a singer and TV personality, on charges of secretly filming sex videos of women and sharing them with friends on a mobile chat.

Jung, 30, is accused of recording sex videos of about 10 women he slept with and uploading them on a KakaoTalk messenger chat room to share them with other entertainers, including Seungri, a member of K-pop boy band BIGBANG.

Seungri has also been under probe over the sex tapes and a slew of other charges that include arranging escort services for prospective investors.

The court issued the arrest warrant, saying that Jung's charges have been proven and that he presents a risk of destroying evidence.

At a court hearing held earlier in the day, Jung admitted to his wrongdoings.

"I am sorry. I made a big and inexcusable mistake, and I admit my guilt," the 30-year-old, with teary eyes, read from a note. "I will accept the court decision without a battle.

"I apologize to the ladies who have suffered because of me. I will live my days repenting for the sins."

Police are also probing Jung and a few others in the nightclub business over allegations of cozy ties between them and police, with a ranking police officer suspected of having helped them cover up their illicit acts in the past.

Seungri, 29, was a public relations director for Burning Sun, a club in southern Seoul, where suspected illegal drug use and sexual violence occurred.

Meanwhile, the court rejected an arrest warrant for an executive of Burning Sun identified only by his surname Chang.

Chang is accused of having beaten up a 28-year-old customer at the club in November.

The man claimed that he tried to protect a woman who was manhandled by a club employee but that he was beaten by the club's officials and police officers as an attacker.

The violence has become a flash point that has brought to light drug trafficking and sexual assaults at Burning Sun and the sex scandal involving K-pop stars. 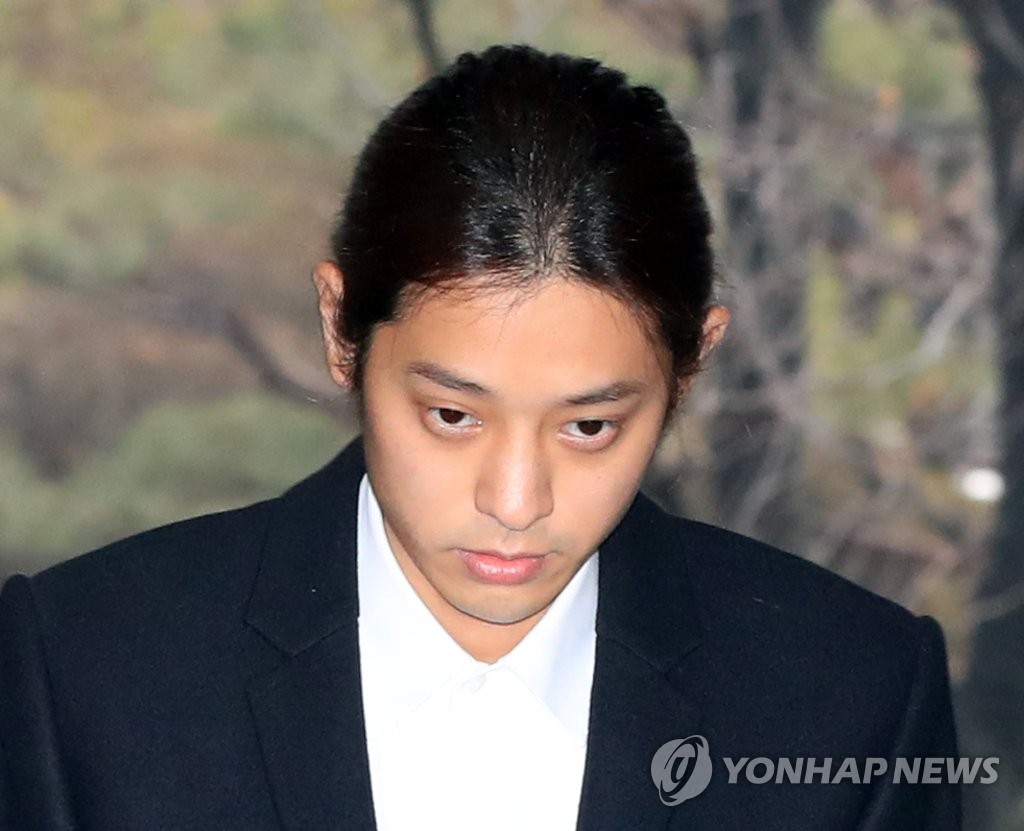