SEOUL, March 21 (Yonhap) -- South Korea's Army will begin a recruitment process next week for 21 new posts specializing in science and technology research as part of its technology-based reform drive, its officials said Thursday.

Through the Military Manpower Administration, the Army plans to start receiving applications next Wednesday for the rank-and-file positions focusing on artificial intelligence, cybersecurity, drones, big data and other cutting-edge technologies.

An applicant should at least be enrolled in a master's degree course in a science field.

In recent years, the armed service has been striving to capitalize on new technologies from the so-called fourth industrial revolution to overcome a series of challenges, including the planned troop drawdown and uncertainties in the security landscape.

Seoul plans to pare down its total troop number to 500,000 by 2022, from the current 599,000, under a reform plan aimed at creating a smaller yet stronger military based on new technologies from the fourth industrial revolution. 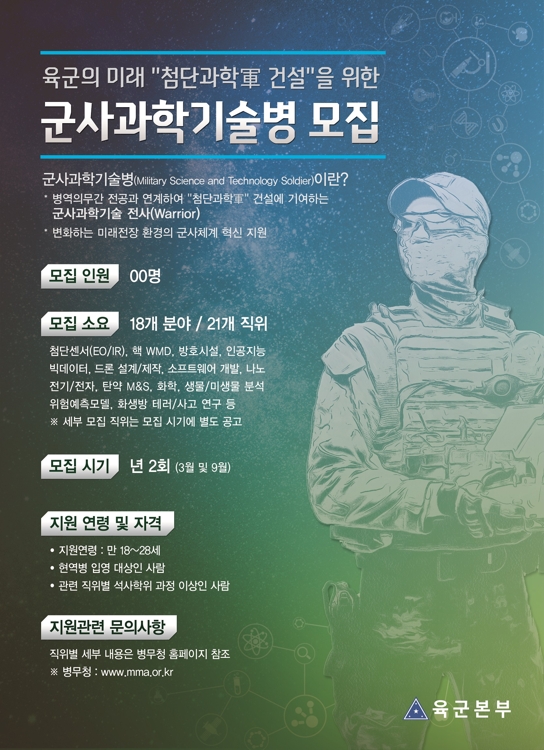