Top mobile carrier SK Telecom Co. and nine other affiliates of SK Group have decided to donate 4.32 million energy-efficient cooking stoves to some 1.72 million low-income households in Myanmar over the next five years starting in October.

The project will be carried out jointly with the Climate Change Center, a local nongovernmental organization, and Myanmar's agriculture ministry.

It comes after SK Telecom joined hands with the center and Myanmar's environment ministry in June last year to provide cookstoves to Myanmarese households that mostly rely on braziers in their kitchens.

The company had planned to supply 270,000 stoves to households in the central northern part of the Southeast Asian country.

Group affiliates have decided to join the project, which is recognized for reducing environmental pollution and thus can help secure carbon credits, SK Telecom said.

SK Telecom said the cooking stoves will be manufactured in Myanmar, helping create jobs and animate the regional economy. 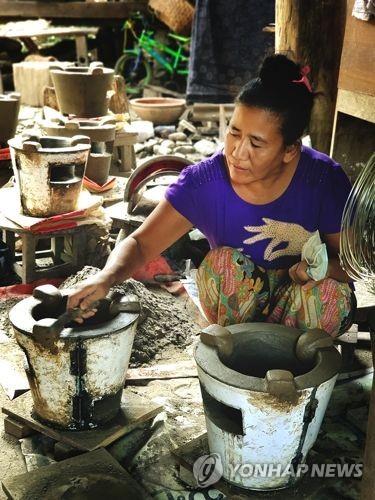 Heated by burning, the eco-friendly cooking stoves can reduce fuel costs and greenhouse gas emissions that scientists have blamed for global warming, it added.

"We expect to cut around 1.22 million tons of greenhouse gas every year through this project," SK Telecom said. "The project's social value is estimated at 3.9 trillion won ($3.47 billion) until 2025."

The company added it will be able to earn a certain amount of carbon credits since the initiative can also be registered with the United Nations Clean Development Mechanism (CDM).

The CDM was created under the Kyoto Protocol as one of several ways to facilitate carbon trading in a bid to induce companies and other entities to cut greenhouse gas emissions.

There is a growing need for telecom companies to secure carbon credits because their greenhouse gas emissions are growing because of 5G equipment.

During the fourth UN Environment Assembly, held in Kenya from March 11 to last Friday, KT introduced its efforts to reduce air pollution in South Korea and discussed ways to set up a global air map. 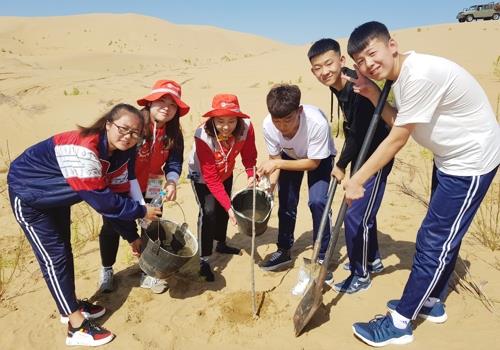 Last Tuesday, BC Card, KT's credit card affiliate, held an event to plant 54,000 trees in the Kubuqi Desert in Inner Mongolia. Kubuqi, the world's ninth-largest desert, is known as a major source of springtime yellow dust.

LG Uplus Corp., South Korea's smallest mobile carrier, has been stepping up efforts for eco-friendly management by increasing investments in green technologies and pushing for a project to cut greenhouse gas emissions.

The company has also been pressing ahead with efforts to develop green information and communications technologies, while operating an in-house energy management consultative body in an effort to achieve mid- and long-term goals. 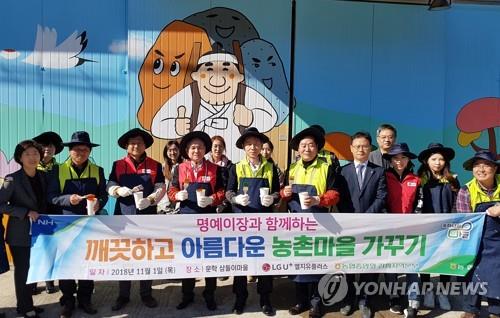