Speaking at an event at the University of California, Berkeley, Ambassador Harry Harris appeared to underscore that the allies are united on the objective of dismantling North Korea's nuclear weapons program.

He did not elaborate and did not address perceptions that the allies disagree on the steps.

Washington has refused to remove sanctions on Pyongyang until its complete denuclearization, while Seoul has sought some relief from the sanctions in order to resume cross-border economic projects and ease North Korea's security concerns.

The perceived gap has crystallized since last month's summit in Vietnam between Trump and North Korean leader Kim Jong-un ended without any deal. 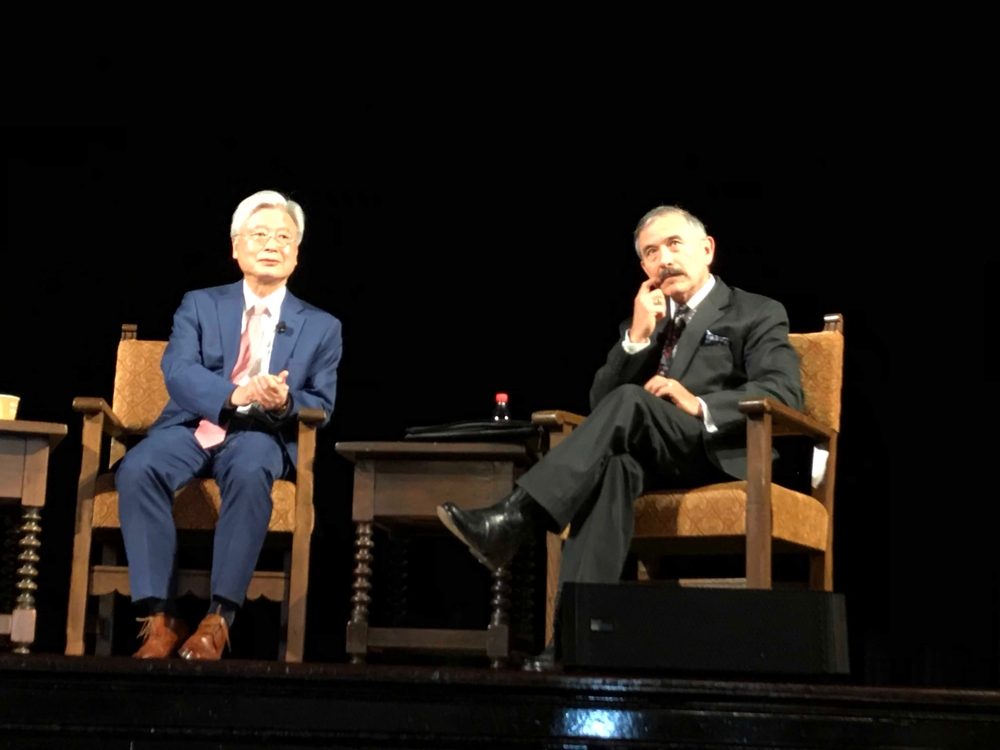 "You know, when I was the PACOM commander in 2017, I could not imagine, under no circumstances would I have imagined, that we would be in a place in 2018, and now in 2019, where the sitting president of the United States would have a meeting -- a physical, personal meeting -- with the sitting leader of North Korea," he said, recalling the tensions surrounding North Korea's nuclear and ballistic missile tests in 2017.

Harris, now a retired Navy admiral, was chief of the U.S. Indo-Pacific Command before being named ambassador to South Korea.

"I just couldn't imagine that in 2017. And yet, that's what happened in 2018 and again last month in February," he said, referring to the first summit in June in Singapore and the second in Hanoi. "I think we're in a much better place in Korea today than probably we've ever been."

The ambassador lauded Moon for his efforts in the course of the turnaround. He also called for patience for a resolution to the decades-long standoff with the North.

"There are people that say we need to move faster, or Hanoi didn't work out, all those kinds of stuff. I just remind people that we've been under a state of armistice since 1953," he said. The Korean War closed that year without a peace treaty being signed.

"That's over 750 months and we've only had less than a year, less than 12 months, since the Singapore summit," he said. "These things take time. But even so, I think things are moving at a rapid rate on the peninsula to achieve those things that were agreed upon between our leaders in Singapore -- to transform the relationship between North Korea and the United States and seek a peace regime on the Korean Peninsula, to achieve the denuclearization -- the complete, final, fully verified denuclearization of North Korea -- and to continue to go after the remains of folks lost during the Korean War."

Harris did not shy away from calling out North Korea's "horrible" human rights record, which was documented again in an annual U.S. State Department report published last week.

"We have been clear that there has been no improvement in the human rights record in the course of the past year with North Korea and we remain deeply concerned about those conditions and the actions that the North Koreans have taken against their own people," he said.

Harris was joined at the event by South Korean Ambassador to the U.S. Cho Yoon-je. The two men have toured several U.S. states this week, including Georgia and Texas, as part of a program organized by the Korea Economic Institute of America to promote bilateral ties.