SEOUL, March 21 (Yonhap) -- Samsung Electronics Co. said Thursday it will release its first 5G smartphone in the first week of April in South Korea, which will be the world's first mobile device with the next-generation network capability.

The South Korean tech giant said Galaxy S10's 5G model will go on sale on April 5, without a pre-order program.

Samsung didn't disclose its price, but it is expected to cost around 1.5 million won (US$1,332) in the domestic market, according to industry sources.

For those who register the phone from April 5-16, Samsung offers its wireless earphones, Galaxy Buds, and a wireless charging package, along with a 50 percent discount on replacing displays, valid for a year, the firm said.

On Monday, the state-run National Radio Research Agency said Galaxy S10's 5G model has passed its signal verification test, giving the green light for its launch in the domestic market.

South Korea's three mobile carriers have been preparing to roll out their commercial 5G service for Samsung's smartphone built for the high-speed network.

Samsung's schedule is about a week earlier than U.S. carrier Verizon's plan to launch its first 5G smartphone service on Motorola's MotoZ3, essentially a 4G phone with a special attachment that gives it 5G capability, in Chicago and Minneapolis on April 11. 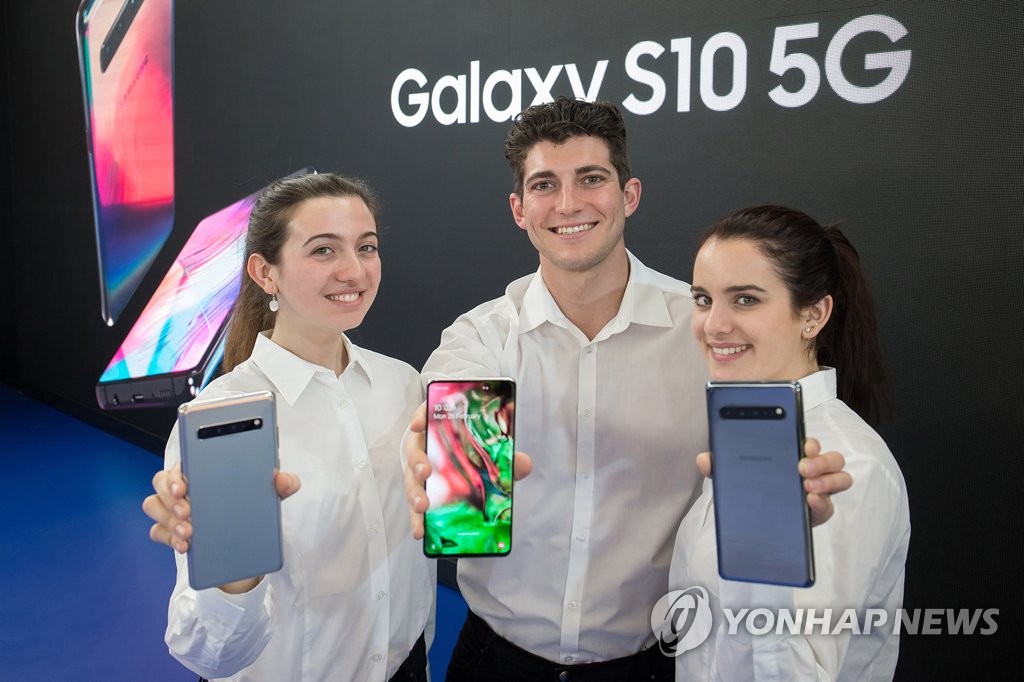