SEOUL, March 21 (Yonhap) -- During spring training, Lee Jae-won, captain of the South Korean baseball's defending champs SK Wyverns, had an important message to deliver to his teammates that wasn't just about the win-loss record.

Play hard for the fans and stay humble. 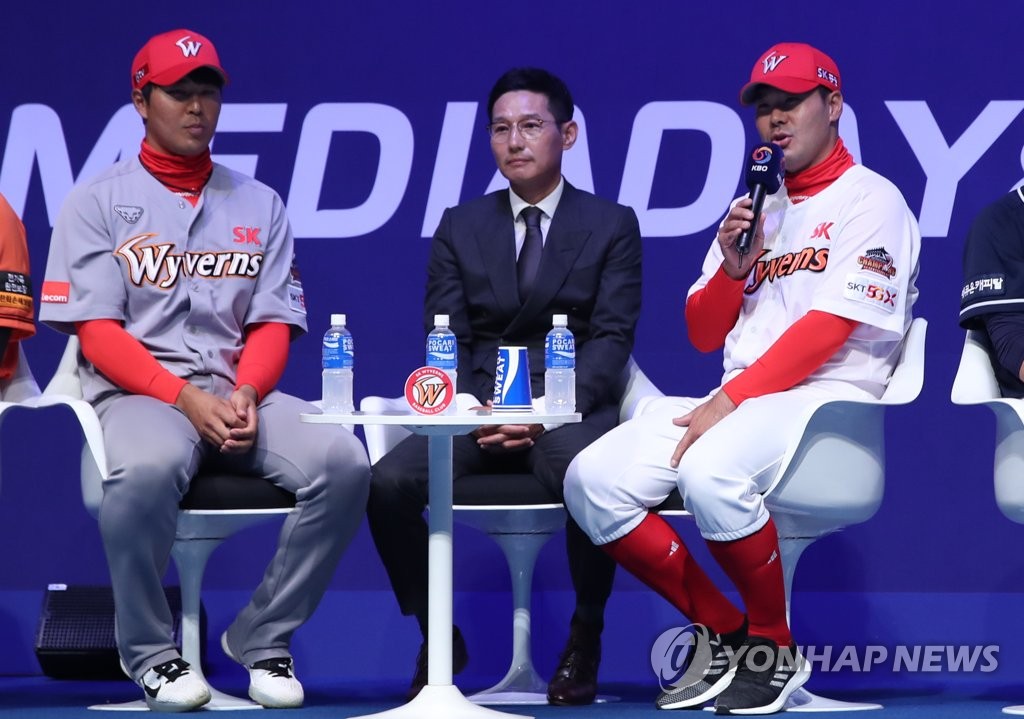 "Obviously, we'll have to try to win as many games as we can," Lee said Thursday prior to the annual Korea Baseball Organization (KBO) media day in Seoul. "But more than anything, we want to make a lasting impression on our fans. We want to play hard, run out every ground ball and not give up until the very end. There's nothing fancy about it."

The Wyverns knocked off the Doosan Bears in the Korean Series for their first title since 2010. The Bears ran the table in the regular season and finished in first place, 14.5 games better than the Wyverns. In the postseason, they relied on some timely hitting and strong pitching to upset the favored Bears in six games.

Before last season, the Wyverns weren't considered a title contender. But with the majority of the key players back in the fold, the Wyverns will now have the bull's-eye on their back.

Lee said he enjoyed the favorite tag but added: "We have to keep our feet on the ground. We've all worked hard over the offseason, and now is the time to show it on the field."